Accessibility links
Obama Turns Latest Birther Chapter Into Punchline : It's All Politics President Obama made light of the birther controversy in his remarks at several New York fundraisers Wednesday, turning it into an opening punchline as he warmed up his audiences while acknowledging the news of the day. 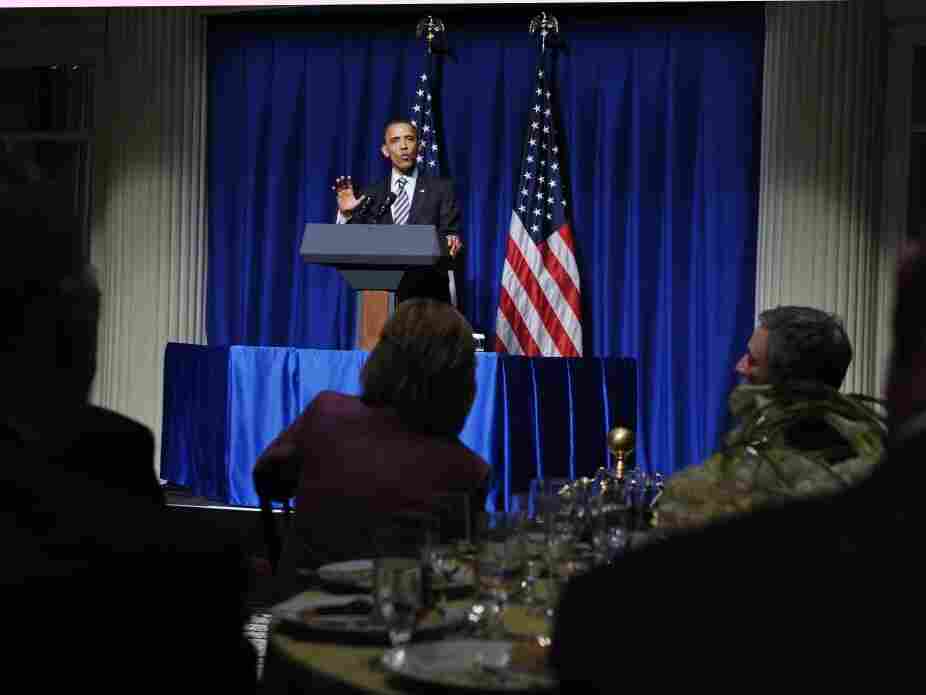 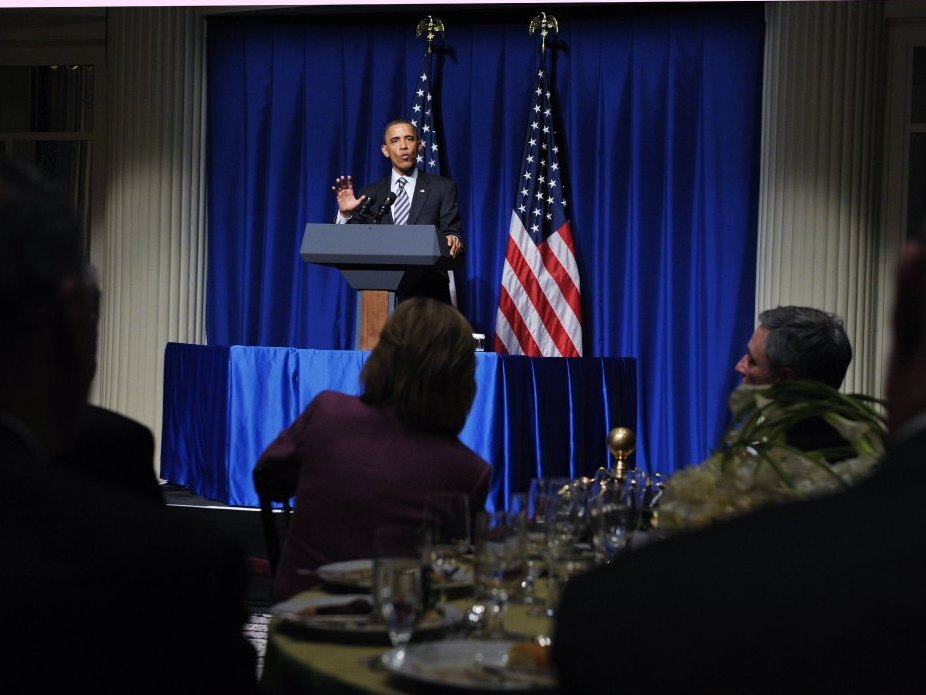 President Obama made light of the birther controversy at Democratic fundraisers in New York.

If nothing else, Wednesday's unprecedented pushback against birthers by President Obama at the White House gave him a new line to use in opening his fundraising appearances.

At a Democratic fundraiser in the Manhattan apartment of Jon Corzine, former New Jersey governor, Obama said, according to a White House transcript of the event:

So today was a fun day. (Laughter.) I wasn't — nobody checked my ID at the door. (Laughter.) But it was also a serious day because part of what happened this morning was me trying to remind the press and trying to remind both parties that what we do in politics is not a reality show. It's serious.

As if to show how serious it really is, the president turned to the letters he gets from Americans concerned about their futures:

I get, as many of you know, 10 letters a night from citizens all across the country, and the letters you get, some of them are heartbreaking; almost all of them are inspiring. And the story these letters tell are of people who have done everything right, are looking after their families, are looking after their communities, are participating in Little League, are members of their church or their synagogues and active participants, volunteer, and yet are worried. They're worried about the direction of our country. They're worried about their specific circumstances.

Later, at another fundraiser on New York developer Donald Trump's home turf, this time at the Waldorf Astoria Hotel, the president again made another lighthearted allusion to the birther controversy.

Nobody checked my ID on the way in. (Laughter.) But just in case — (laughter.)

Then at another fundraiser at Town Hall, the president said:

Are you fired up? Is that what you're saying? (Applause.) I'm fired up, too. My name is Barack Obama. (Applause.) I was born in Hawaii. (Applause.) The 50th state of the United States of America. (Applause.) No one checked my ID on the way in. (Laughter.) But just in case — (laughter.)