Accessibility links
Obama's Reshuffled National Security Team Has Familiar, Bush-Era Feel : It's All Politics President Obama chose officials as part of his national security team who should be easily confirmed by the Senate. They also have a familiar, Bush-era feel. 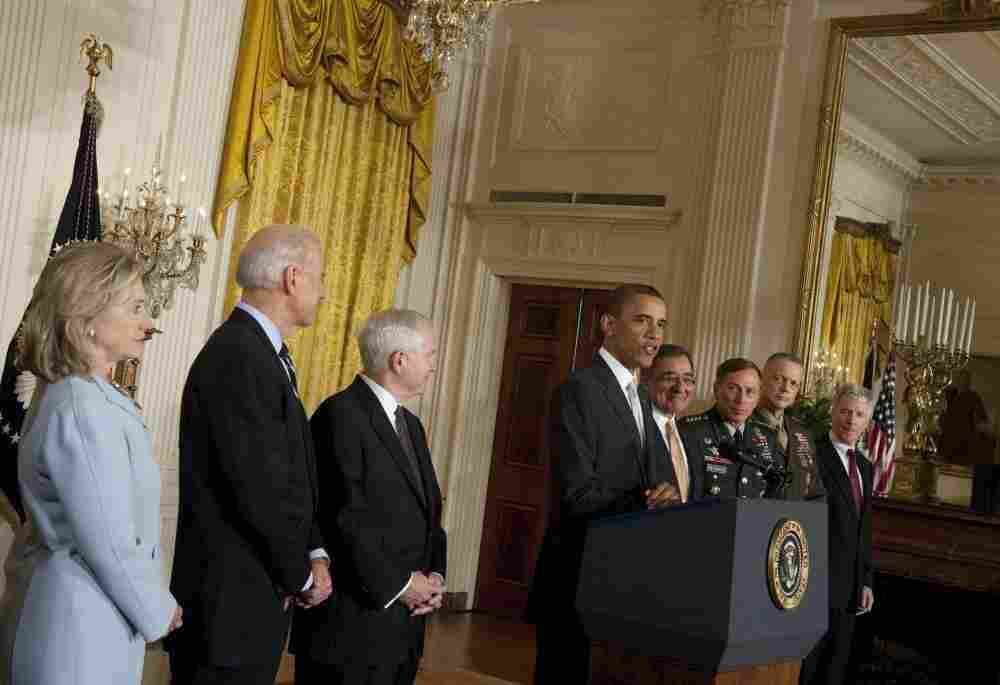 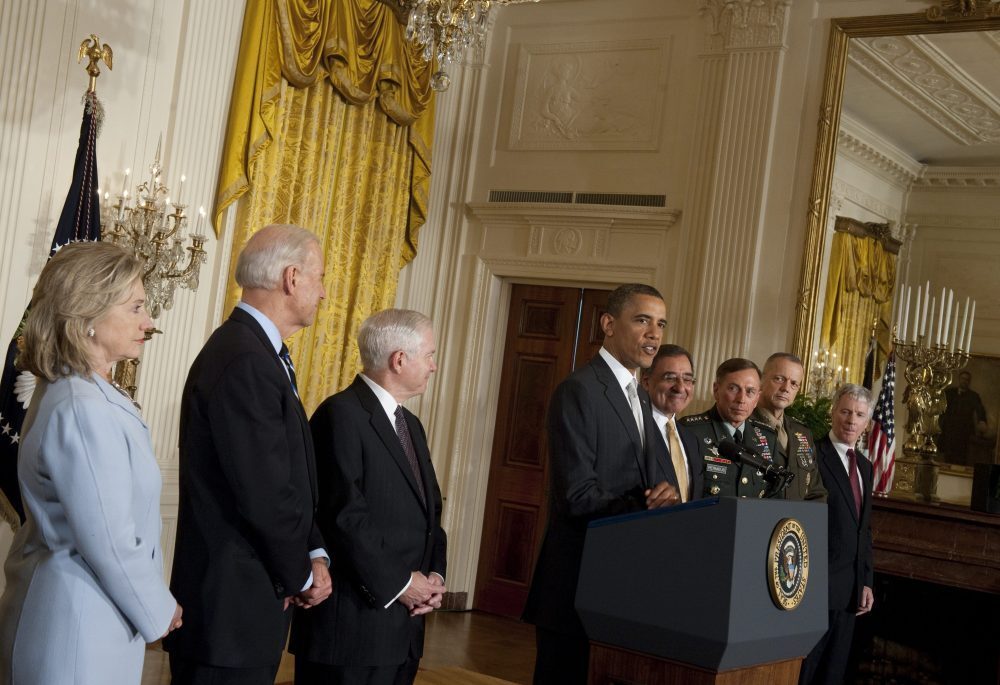 Something to note about the members of President Obama's reshuffled national security team is that they should all be fairly easily confirmed by the Senate which has confirmed all of them for other key posts.

Something else to note is that at least when it comes to the national security experts who flanked him Thursday, partisanship really does seem to end at the waters' edge, at least with Obama.

Defense Secretary Robert Gates, who made his name in Republican administrations, has wide bipartisan appeal.

The very model of the self-sacrificing public servant Gates, a Bush Administration holdover, has given off the vibe of the reluctant warrior or, more accurately, reluctant leader of warriors, since he returned to Washington in late 2006 to succeed Donald Rumsfeld at the Pentagon.

The one-time CIA director during the first Bush Administration was enjoying his life as Texas A&M's president when George W. Bush summoned him nearly five years ago to salvage the Iraq War.

After his election, Obama turned to Gates, who seems to exude a rare combination of gravitas and humility from his very pores, for important continuity in difficult wars in Iraq and Afghanistan and as a strong bipartisan signal from the new president.

Like Gates, Leon Panetta, the current CIA director, and a former Democratic congressman, has significant bipartisan appeal in Congress.

A gregarious former Clinton Administration budget director, he knows the complexities of the budgeting process which many think will give him an advantage in finding spending reductions at the Pentagon.

The nomination of Gen. David Petraeus to become CIA director, puts another congressional favorite before the Senate. Petraeus, who Obama named to be the top commander in Afghanistan after Gen. Stanley McChrystal was forced out after a media controversy, was seen as taking a demotion to do the Afghanistan job. Previously, he had been commander of Central Command which overseas the Middle East and South Asia.

The CIA post, then, can be seen perhaps as Obama repaying the general for leaving Centcom and taking charge of Afghanistan at a critical time.

As with Gates, Obama inherited Petraeus from George W. Bush. Petraeus came to be seen as the salvation of Bush's Iraq adventure. Obama came to trust him.

Petraeus is viewed as a key proponent in the military of U.S. counterinsurgency doctrine, having literally helped to write the book.

The Iraq surge, whose success Petraeus is credited with, gave Obama a template for his surge in Afghanistan.

Crocker, of course, was George W. Bush's ambassador to Iraq during the surge there, working closely with Petraeus.

Marine Gen. John Allen, who Obama named the U.S.'s top commander in Afghanistan to replace Petreaus finds his career once again affected by a Petraeus move.