Accessibility links
Obama's Post-Bin Laden Polls Improve But Economy Still Hurts Him : It's All Politics Polling had good news and bad news for President Obama. Getting bin Laden gave him the expected bump in the polls. But the bad news is that Election Day is still 19 months away. And the boost he's received isn't overwhelming. Moreover, he still gets poor marks for the economy. 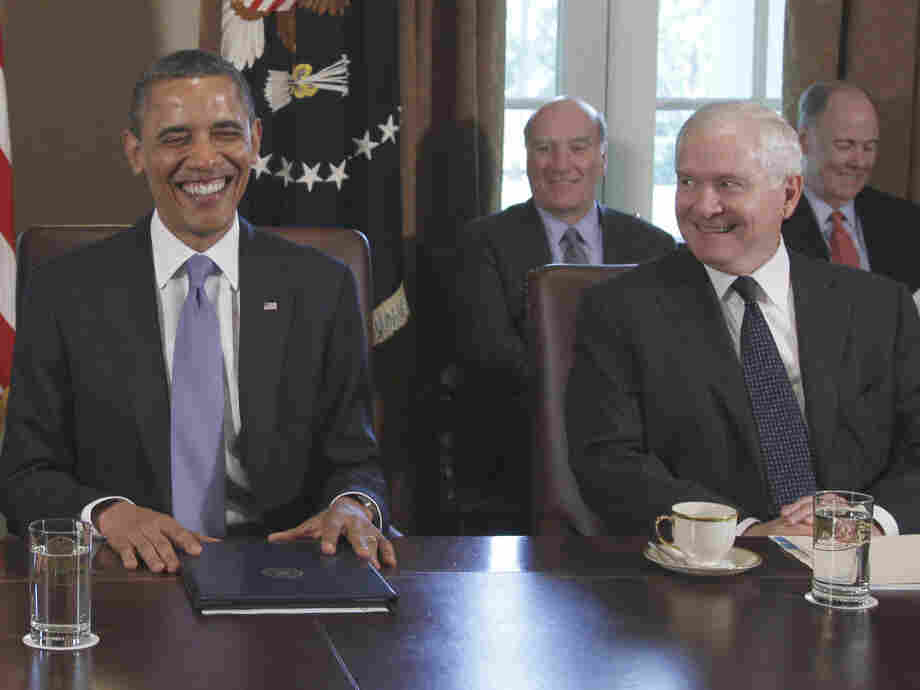 President Obama and his team basked in the success of their bin Laden mission, Tuesday, May 3, 2011. Charles Dharapak/AP hide caption 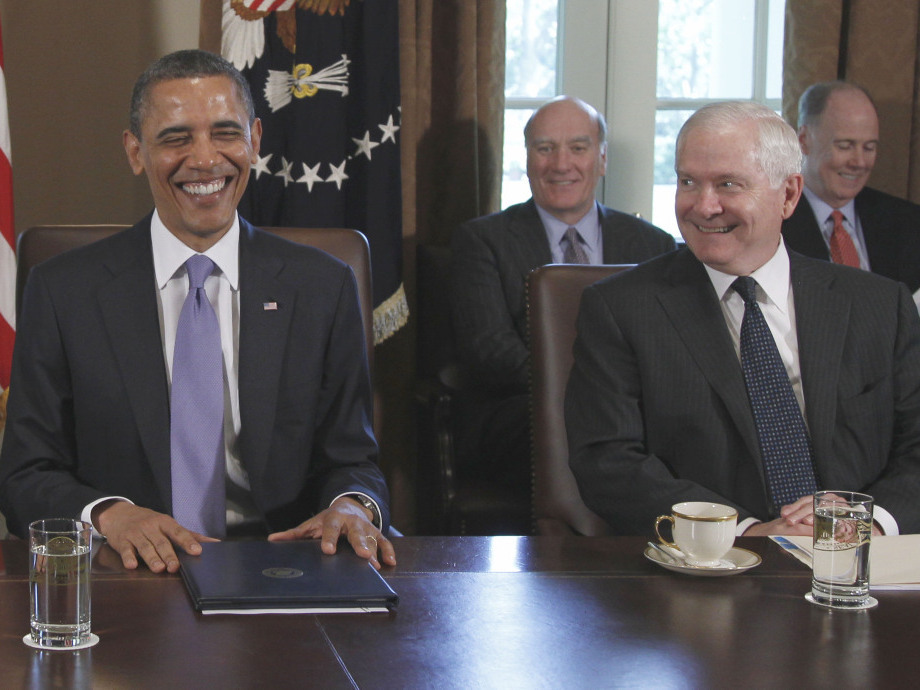 President Obama and his team basked in the success of their bin Laden mission, Tuesday, May 3, 2011.

The good news for President Obama is that the success of the military mission he ordered to kill Osama bin Laden has given him the expected bump in the polls.

The bad news is that Election Day is still 19 months away. And, even if it were today, the boost he's received in some of the polling isn't exactly overwhelming. And his numbers on the economy can only be considered suboptimal, at least from the perspective of his re-election campaign team.

But dig into the numbers a little and you see that while voter approval of his handling of terrorism has risen to 69 percent, a 14 percentage point rise from January.

On Afghanistan, his approval rose to 60 percent, a 17 percent increase from April, his numbers for the economy are still bad.

His rating for the economy in the post-bin Laden poll was virtually unchanged from April, 40 percent in the recent poll compared to 39 percent last month.

As in the other poll, the CNN/OR poll shows a significant improvement for the president in how voters think he's handling terrorism and Afghanistan. His numbers for both went up seven percentage points since April.

But his approval rating on handling the economy and the deficit actually went down three percentage points since April which is essentially flat.

An excerpt from CNN's article on the poll:

"While President Obama's rating on terrorism and on how he's handling of Afghanistan each went up seven points, his approval rating on theeconomy and the deficit are down three points in that same time span," says CNN Polling Director Keating Holland. "Remember that the economy is still the most important issue. When CNN last asked Americans to name their top issue last year, 52 percent said the economy was most important and only four percent chose terrorism, putting it seventh on the list."

The CNN poll indicated that his strong-leader rating rose five percentage points to 58 percent versus April.