Accessibility links
Jon Huntsman's South Carolina Debut Suggests It's Wrong To Write Him Off : It's All Politics The conventional wisdom on Jon Huntsman, former U.S. ambassador to China and ex-Utah governor, is that if he should announce a run for the Republican presidential nomination, his candidacy would readily be sunk by the WOE (Was Obama's Emissary) factor. That could be too simplistic. 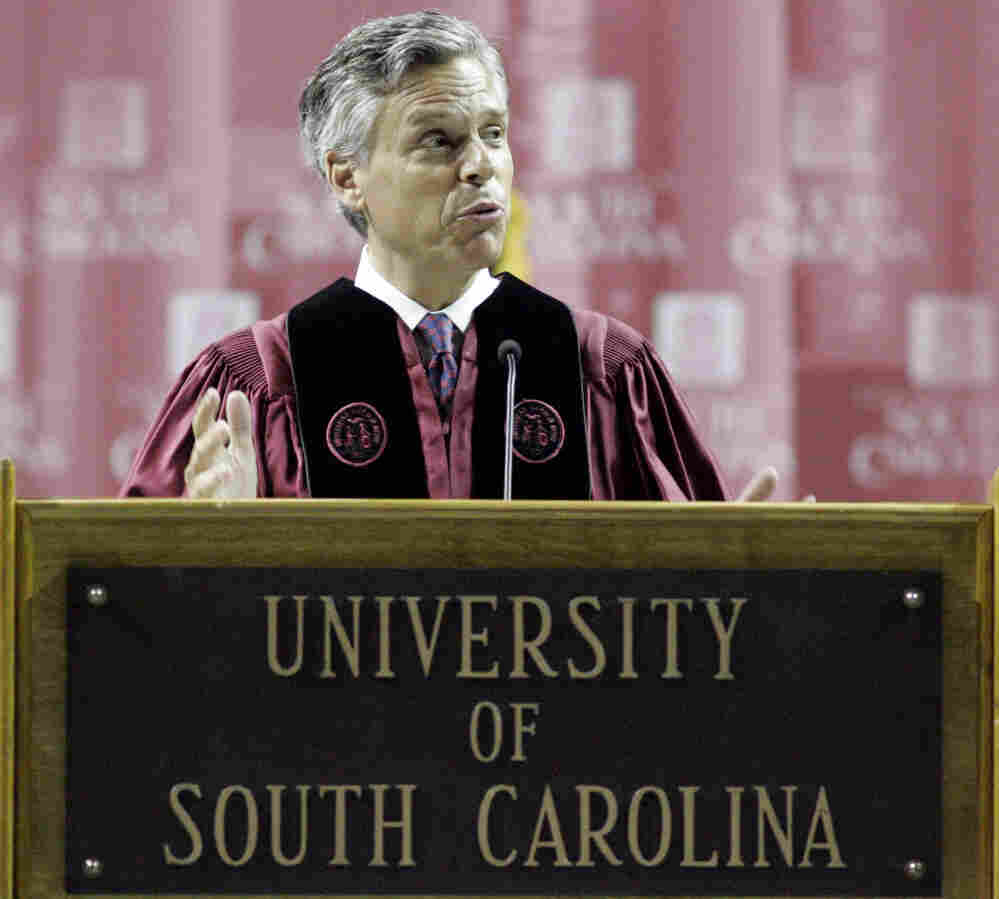 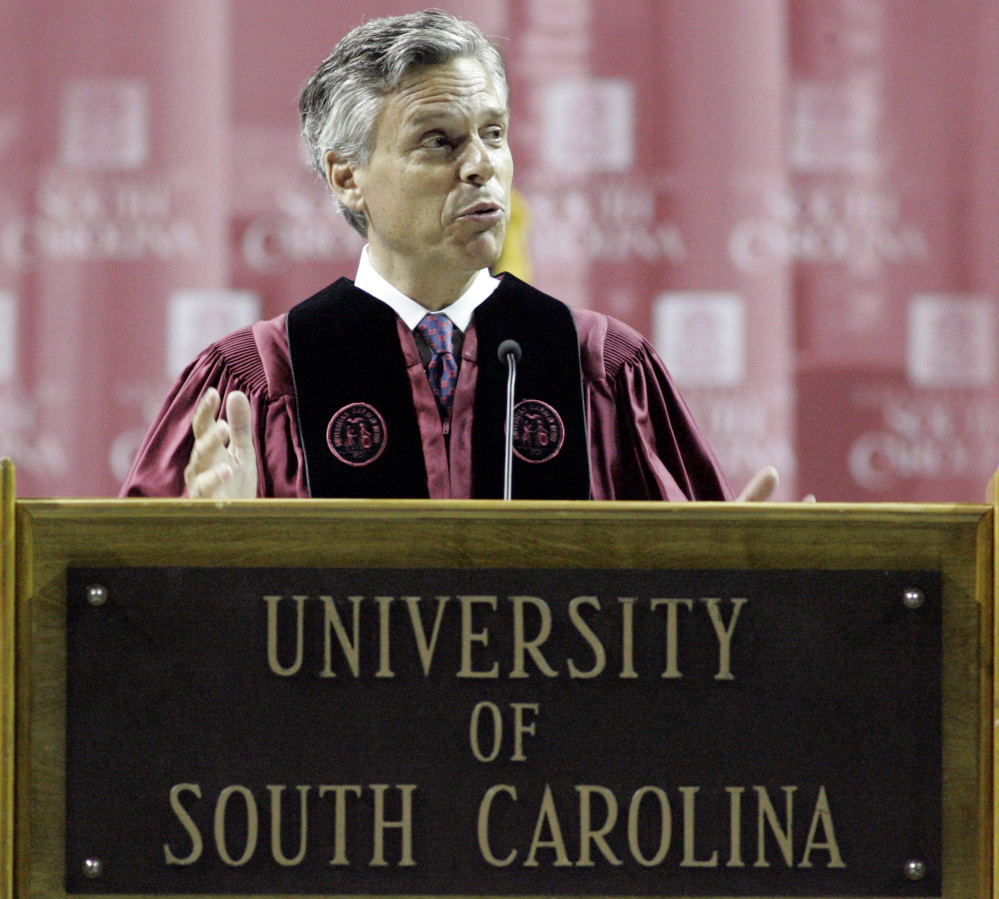 The conventional wisdom on Jon Huntsman, former U.S. ambassador to China and ex-Utah governor, is that if he should announce a run for the Republican presidential nomination, his candidacy would readily be sunk by the WOE (Was Obama's Emissary) factor.

According to the same thinking, complimentary things Huntsman said about the president, and vice versa, would disqualify him in the eyes of enough GOP primary and caucus voters to prevent him from getting the 2012 nomination. The Obama re-election campaign certainly hopes that's the dynamic.

True, Huntsman has an unusual resume for someone seeking the GOP nomination.

But it could be a mistake to write him off so quickly, especially in a field as unsettled as the GOP's right now. Heck, if a pundit can write that Ron Paul could get the Republican presidential nomination, then maybe Huntsman becoming the nominee isn't so out there.

The response to Huntsman in South Carolina over the weekend was intriguing. Huntsman was the University of South Carolina's commencement speaker, giving a speech that contained, along with the obligatory advice for graduates, an implicit argument for why he might run for president. ("Our system needs new thinking. We need a fresh generation of innovators, leaders, risk takers, entrepreneurs, scientists, and activists — that's you," he told the graduates. But he might've had someone else in mind, too.)

Hunter's commencement address also contained what will amount to his defense for taking a job in the Obama Administration. It came in his advice to the graduates to be patriots and serve their nation.

Serve her, if asked. I was, by a president of a different political party. But in the end, while we might not all be of one party, we are all part of one nation, a nation that needs your generational gift of energy and confidence.

When he met with some party donors in the important early primary state, he evidently made quite an impression. And what's not to like? He's handsome, smooth and rich, the heir of a chemical fortune.

CNN's Political Ticker blog reported over the weekend about reactions to Huntsman after a breakfast with some state party leaders. An excerpt:

Huntsman focused his remarks on his family, his tenure in China and his accomplishments as governor of Utah and received glowing reviews from several Republicans in the room, who spoke anonymously because they did not want to be named discussing a private meeting.

"The consensus was, 'Holy crap this guy looks like a president,' " said one person who was there. "I have never seen anybody sweep into this state so quickly so fast and get as much accomplished in 48 hours as Huntsman has done..."

... Huntsman, it seems, managed to make a good impression among those still looking for a candidate to support in 2012.

"From my conversations with a few others in attendance and glances around the room, his remarks were well-received," another Republican source told CNN. "One person who had never met him before remarked, 'I liked him better than anyone I've seen.' "

Of all the Republicans thought of as potential 2012 presidential candidates, Huntsman is the only one with foreign policy credentials, thanks to Obama naming him to be U.S. ambassador to China.

Since it's thought the election will turn on domestic affairs, especially the economy, that may not prove as important as it might have in other presidential election cycles.

Still, it's one thing that helps separate him from the pack.

Meanwhile, the very thing that could hurt Huntsman with the GOP activists whose support could be crucial to winning the early primaries and caucuses — his role in the Obama Administration — could help Huntsman in a general election if he could get that far. Many independent voters like politicians willing to work across party lines.

That's a big if right now. But stranger things have happened.

The presumptive frontrunner for the GOP nomination has been Huntsman's fellow Mormon Mitt Romney, the former Massachusetts governor.

Thus Romney would seem to have the most to lose if Huntsman gains traction since the former diplomat shares some of the same personal attributes as Romney.

Huntsman would also likely appeal to some of the same Republican voters, those for whom economic issues are more a priority. How Romney contends with Huntsman if the latter does officially enter the race should be interesting to watch.