Accessibility links
White House Defends Rapper Common's East Room Poetry Night Invite : It's All Politics The White House is standing behind its invitation to hip hop artist Common to perform at an evening of poetry at the executive mansion, despite the firestorm in conservative circles. 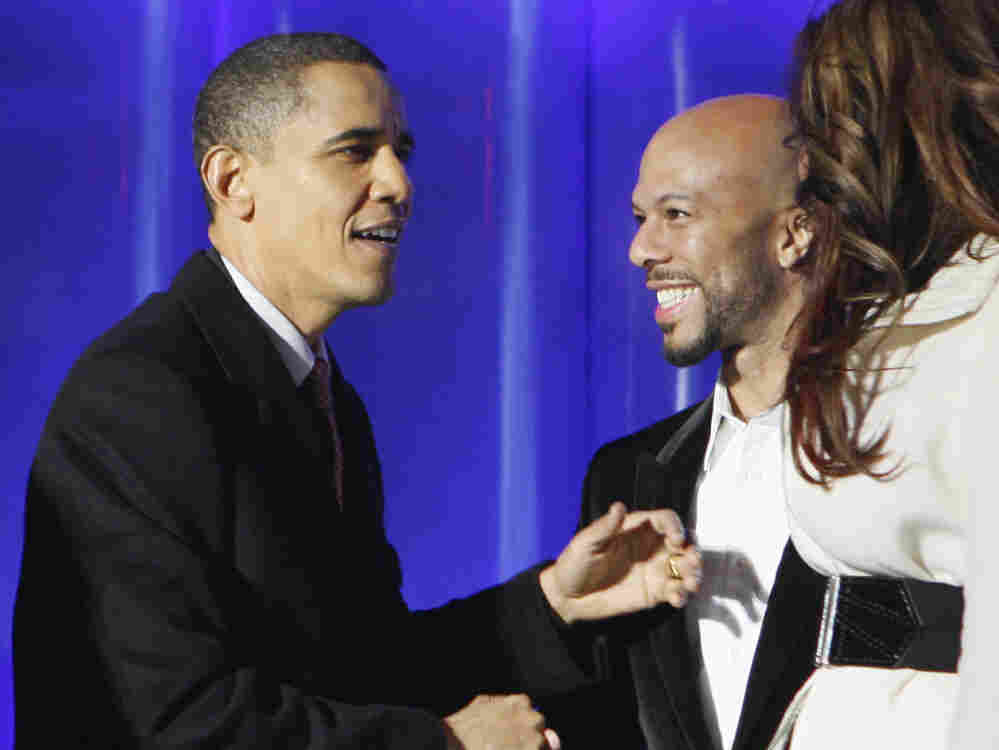 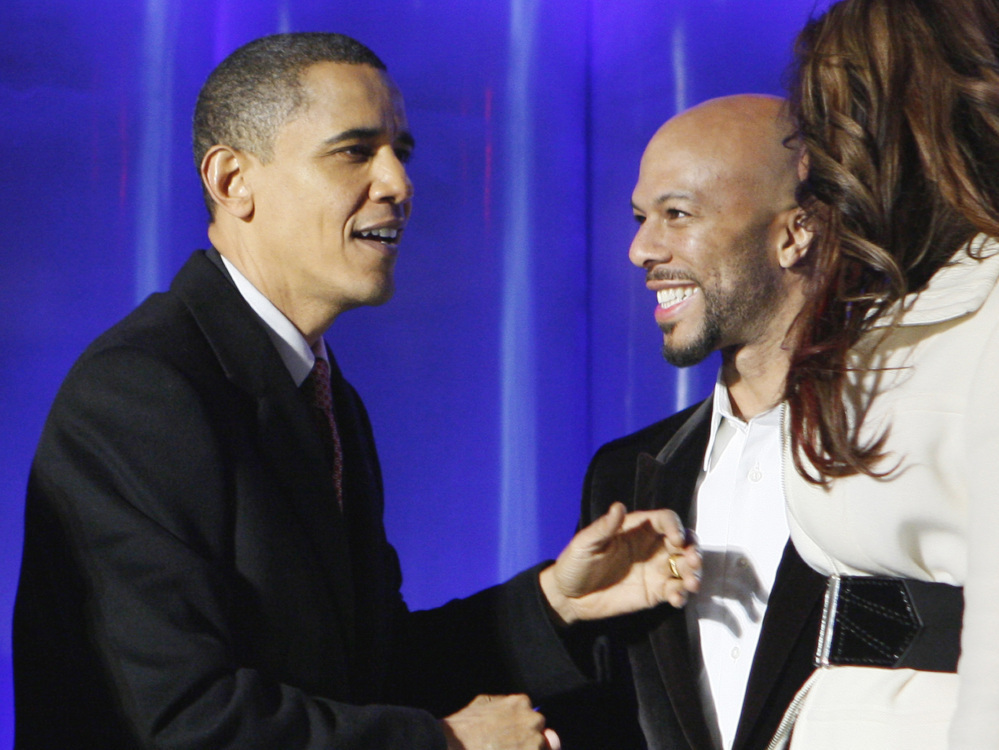 The White House is standing behind its invitation to hip hop artist Common to perform at an evening of poetry at the executive mansion, despite the firestorm in conservative circles.

The choice of Common, whose legal name is Lonnie Rashid Lynn Jr., to appear along with other artists Wednesday evening has drawn fierce conservative criticism because the Chicago hip hop artist has spit lyrics during his career that, let us say, expressed a certain anger at former President Bush and cops, among others.

Like many a rapper, the 39-year old Common has also, during his career, uttered he "n" word more than a little and portrayed women as sex objects.

Based on this, Karl Rove told Sean Hannity on Fox News Channel Tuesday that Common was a "thug."

But Rove's characterization of Common belies the reality that Common is considered one of the more thoughtful, lyrical and artistic practitioners of his form.

Common is so "controversial" that The Gap has used him in some TV and in-store ads. He is also shifting, like rapper Ice T (Tracy Morrow) before him, towards a mainstream Hollywood career. He's become something of a sex symbol.

White House press secretary Jay Carney found himself having to defend the Common invitation at Wednesday's press briefing. The Common question came up right before Carney was for the administration's response to Syria's increased shelling of its civilians.

REPORTER: Okay. And also, I just got off the phone with singer, poet, philanthropist Jill Scott who's performing tonight for the poetry and prose. And she said she's very disappointed to hear about the critics of Common — Sarah Palin and some of the GOP to include people in the New Jersey State Police — about his stand and his comments. What does this White House have to say as Common is an invited guest to be able to deliver his poetry and prose to the group that's coming tonight?

MR. CARNEY: Well, I'll make a couple of points about that, April. First of all, the President does not support and opposes the kinds of lyrics that have been written about, as he has in the past. He has spoken very forcefully out against violent and misogynist lyrics. Secondly, in regard to the concerns by some law enforcement, this President's record of support for law enforcement is extremely strong. He remains committed to the men and women who protect the American citizens and put themselves in harm's way all the time. He was able to express that appreciation and support just last week in New York when he met with police and firefighters.

And I would say that while the President doesn't support the kind of lyrics that have been raised here, he does — I mean, we do think that some of these reports distort what Mr. Lynn stands for, more broadly, in order to stoke a controversy. I mean, he is — within the genre of hip-hop and rap, he is what's known as a conscience rapper — or a conscious rapper, rather. And I would quote a report just six months ago from Fox News where he was described as a rap legend and quote, "Your music is very positive and you're known as the conscious rapper. How important is that to you, and how important do you think that is to our kids?"

And I think that one of the things that the President appreciates is the work that Mr. Lynn has done with children, especially in Chicago, trying to get them to focus on poetry, as opposed to some of the negative influences of life on the street.

REPORTER: Jay, "conscious" was the word you used?

REPORTER: So going back to my conversation with Jill Scott just literally a few minutes ago, she said it's about freedoms and it's about creativity, and it's his thoughts, his opinions. She's supporting his thought.

REPORTER: And then — but wait a minute. But also, at the same time, did this White House vet any of the poetry that the poets are delivering tonight before they deliver them?

MR. CARNEY: I don't know specifically about the vetting process. The fact is, Mr. Lynn has participated in other events in the past, including the lighting of the Christmas Tree, I believe. I mean, he's a Grammy award-winning — multi Grammy-award winning artist. And he's been invited to this event about poetry, and partly because of his efforts to bring poetry to audiences that don't get to experience it. And we think that's a positive thing.

REPORTER: Can I follow on that? I mean what --

REPORTER: Well, somewhat must. I mean, why would it that someone who has made statements threatening to kill police officers get invited to --

REPORTER: — is it an appropriate thing for him to be here?

MR. CARNEY: He has spoken out about — very strongly against — as an elected official, as an American and as a father, against those kinds of lyrics. And he opposes them. But he does not think that that is the sum total of this particular artist's work, which has been recognized by a lot of mainstream organizations and fair and balanced organizations like Fox News, which described his music as very positive.

REPORTER: Are you sarcastic when you say that?

MR. CARNEY: I've addressed this. We — the President opposes those kinds of lyrics. He thinks they're harmful. Again, I think that taking that — it's ironic to pick out those particular lyrics about this particular artist, when in fact, he's known as a socially conscious hip-hop artist or rapper who has done a lot of good things. He's not — you can oppose some of what he's done and appreciate some of the other things he's done.

REPORTER: Is there concern he'll get associated with that?

MR. CARNEY: I think that's all I can say on that. Yes.

REPORTER: Thank you. On Syria, Jay, does the administration has (sic) a response to the shellings that are — that took place today?

MR. CARNEY: Well, I mean, we strongly condemn and oppose the violence in Syria.

Common isn't the first hip hop artist to get special White House treatment. Jay-Z and superstar singer Beyonce, his wife, visited last year. Jay-Z got a photo taken of himself sitting in the president's chair in the Situation Room. That became controversial in some circles, too.