Accessibility links
Paul Ryan Defends Medicare Plan After GOP House Seat Loss Tied To It : It's All Politics The morning after Republicans lost a long-safe congressional seat in New York, partly from anger over GOP proposals to remake Medicare and Medicaid, the plan's author came out swinging. He accused Democrats of "demagoguing." A White House aide said Democrats were actually "explaining." 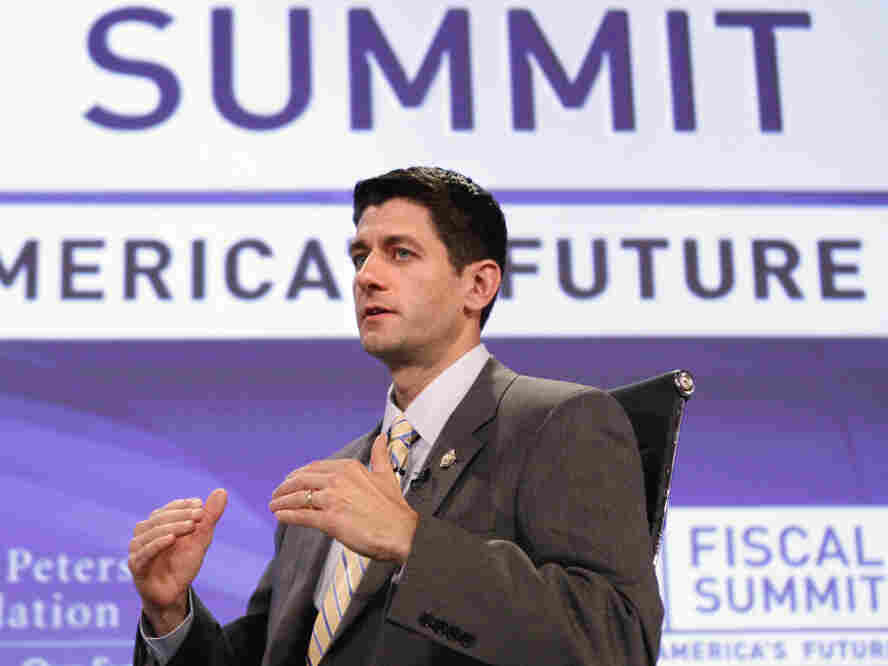 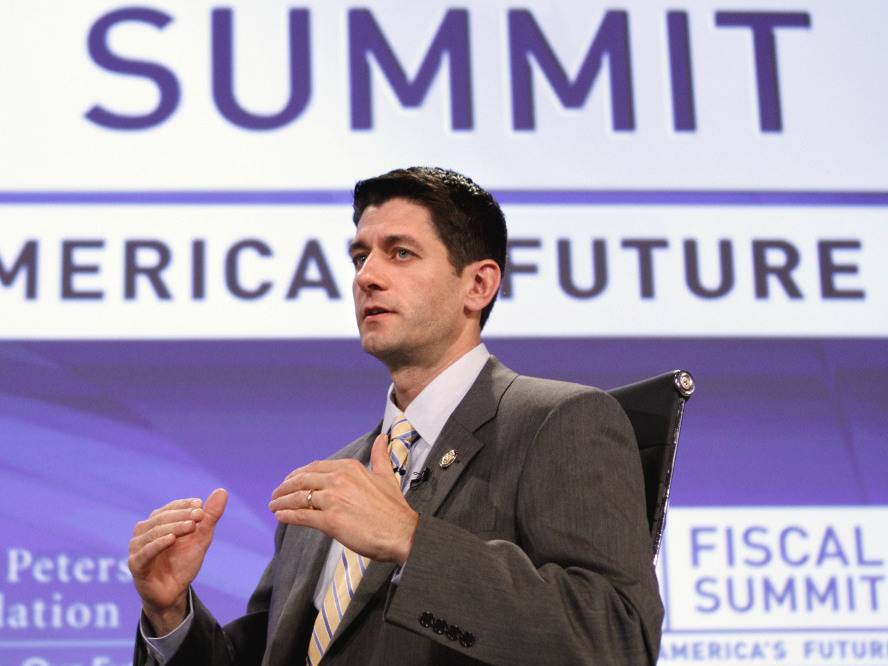 The morning after Republicans lost a long-safe congressional seat in New York, in part from backlash over the GOP's proposal to remake Medicare and Medicaid, the author of that plan came out swinging.

Rep. Paul Ryan of Wisconsin lashed out Wednesday at Democrats for what he called "Medi-scare" tactics on the issue of budget cuts and proposed changes to government-provided health coverage for the nation's seniors and most vulnerable.

Ryan spoke at a previously scheduled appearance at a fiscal summit Wednesday in Washington.

If only, mused Ryan, chair of the House Budget Committee, those on the "other side of the aisle" would stop "shamelessly demagoguing" and come to their senses, there could be a bipartisan solution to the quicksand of debt in which the nation is mired.

Medicare is broken, he said, and Medicare will be insolvent in nine years - and both require a major remaking.

Following Ryan, he suggested that the Wisconsin Republican and his GOP cohorts, driven by an uncompromising anti-tax ideology and guided by a "tyranny" of numbers, lack the ability to compromise or to anticipate the pain their plan would cause.

And as for shameless demagoguery, Sperling noted Republicans calls to "repeal the job-killing health care bill" passed last year by a Congress controlled by Democrats. "A complete politicization" of the health care overhaul, he said.

The summit was billed by the Peterson Foundation as an opportunity for leaders to come together to "discuss bipartisan solutions to America's long-term debt and deficits."

But, in many ways, it really highlighted the continuing deep divisions between House Republicans and Democrats in the Senate and White House over how to tame spending - including exploding entitlement costs.

It renewed questions about how the two sides could ever agree on the kind of budget cuts now seen as required to secure the votes needed to raise the nation's debt ceiling.

The summit standoff came as Senate Democrats, seeking to continue to capitalize on voter fears of Republican proposals on entitlements, planned a vote late Wednesday on Ryan's House-approved plan - just to get the Republican senators on the record.

Meanwhile, Vice President Joe Biden continued his bipartisan talks to find $1 trillion in savings as part of a debt-ceiling deal.

Sperling, who has been in on the Biden negotiating sessions, said that there's a "real seriousness of purpose that gives me some optimism."

Both Sperling and Biden have said, however, that no agreement can come without revenue increases, whether that be higher rates, closed loopholes, new limits on deductions or a combination of those.

Serious people in serious discussions "do not take an absolutist position," Sperling said, on raising revenue. He noted that Bush-era tax cuts have helped drive the country into deficit and debt.

Ryan, who is quite serious, reiterated Wednesday that new taxes are off the table.

Higher revenue, if needed, should come through economic growth, he said.

"If you try to tax your way out of this," he said, "you'll shut down the economy."

Under Ryan's vision, Medicaid would be turned into a block grant program, allowing governors wide latitude in determining how to spend the federal money that largely goes to elderly in nursing homes, families caring for members with disabilities, and health coverage for poor children.

His Medicare proposal would decentralize the federal health care program for America's senior citizens, providing them with money to purchase private health coverage. Premiums would be subsidized based on the wealth - or lack thereof - of the policy holder.

It will "incentivize" better care, and would only be applied to Americans now age 55 or younger.

Sperling argued that Ryan's dramatic changes would ultimately cost people thousands more in premiums, save the country little, and hurt the nation's most vulnerable citizens.

"We're not criticizing [the Republicans' plan]," Sperling said, "we are....explaining their plan."

Common ground? Not to be found Wednesday - at the fiscal summit, or on Capitol Hill