Accessibility links
Paul Ryan: Time's On GOP Side On Winning Voters To Medicare Plan : It's All Politics In a meeting with NPR journalists Thursday, Ryan indicated that timing was everything. While what he called Democratic "Mediscare" tactics might work in the short term, there was enough time before Election Day for Republicans to eventually win the message war.

Paul Ryan: Time's On GOP Side On Winning Voters To Medicare Plan

Paul Ryan: Time's On GOP Side On Winning Voters To Medicare Plan 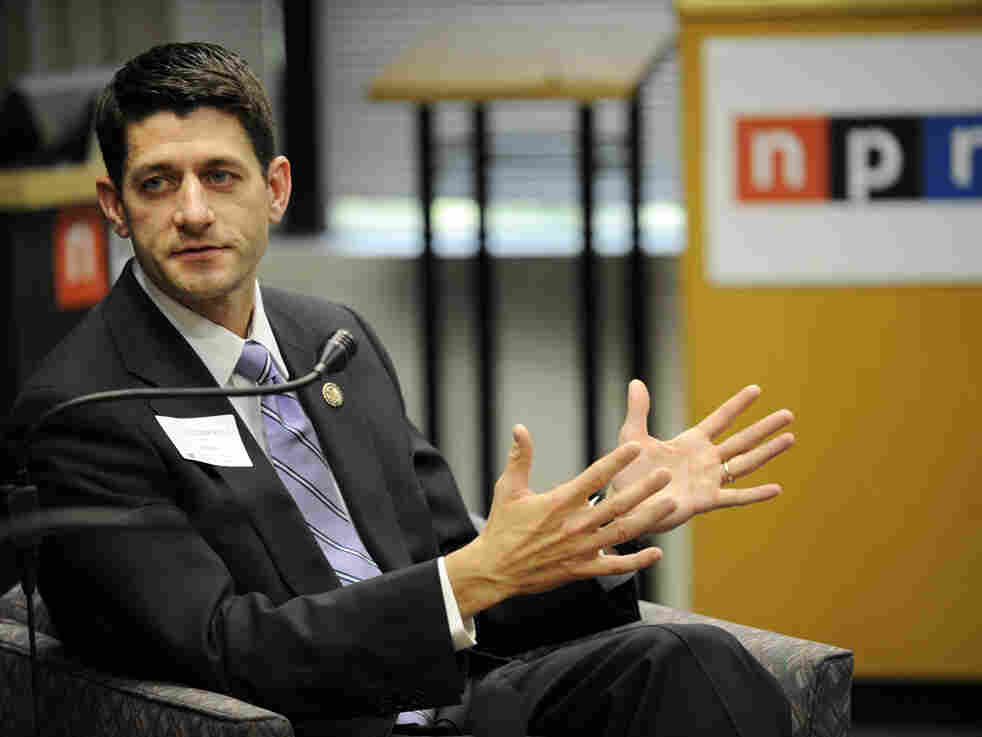 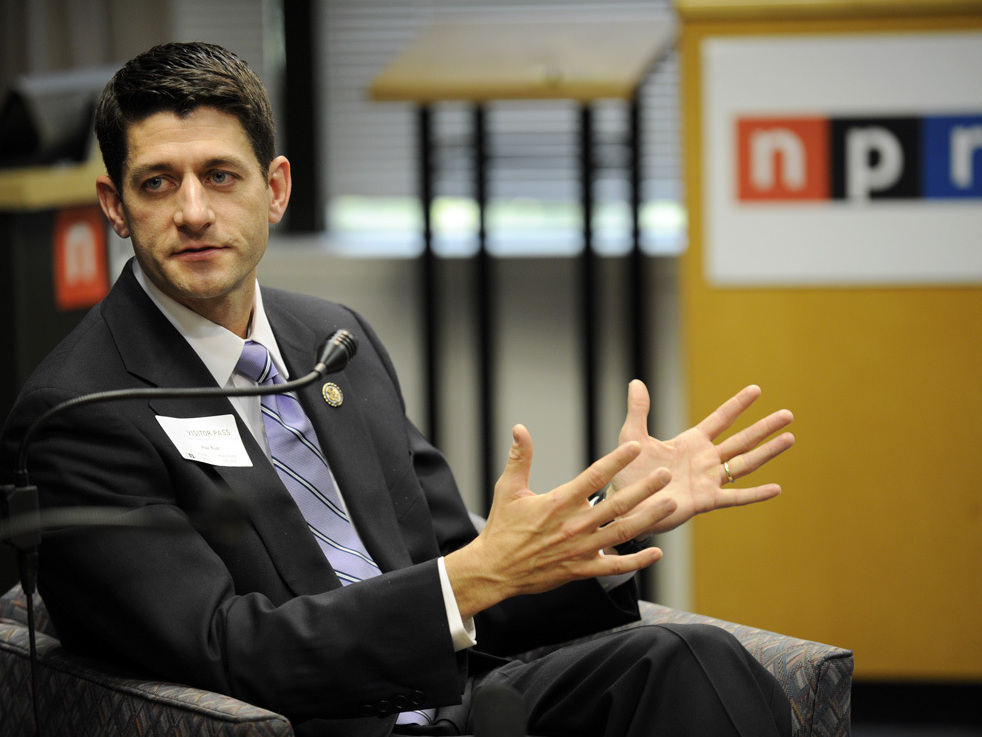 You don't get to be chairman of a major congressional committee like the House Budget Committee if you're the type to shrink from a challenge and Rep. Paul Ryan certainly doesn't appear to be that.

His current challenge, of course, is a daunting one, to convince fellow Republicans that his plan to privatize Medicare won't be as toxic to their 2012 electoral hopes as Democrats gleefully insist it will be, especially if they have anything to say about it.

The Republican loss of a New York congressional seat long held by the GOP in a special election in which Ryan's Medicare proposal became an issue, makes Ryan's task more difficult.

But in a meeting with NPR journalists Thursday, Ryan indicated that timing was everything. Essentially, while what he called Democratic "Mediscare" tactics might work short term, there was enough time between now and Election Day, 18 months, for Republicans to ultimately win the message war.

Here's the key. I don't think it works. Mediscare can work in a short time frame, in a compressed time-table if demagoguery can get out there fast. But truth does prevail at the end of the day. Facts are facts. And with 18 months out there, I believe the facts are going to get out there.

He could be right. A year and a half gives Republicans plenty of time to road test different messages and land on one or two that play best with those all-important independent voters.

But Democrats won't exactly be sitting still either as they try to perfect their messages also.

Republicans also are at something at a disadvantage if the question comes down to, as it will, which party will best protect entitlements. Unlike Democrats, Republicans have never been confused with being the party of entitlements.

So Democrats start with a natural advantage on the question.

Republicans like Ryan will argue they want to save Social Security by using the free market to create more competition that could reduce health care inflation, which is what Ryan said Thursday at NPR.

Democrats will tell voters that Republicans want to privatize Medicare by forcing future seniors into the not-so-tender mercies of private health-insurance market its confusing complexities.

Maybe after 18 months of this partisan back and forth, voters will see things Ryan's way and come to trust Republicans more than Democrats on entitlements.

But that seems like a big maybe at this point.