Accessibility links
Goldman Sachs Gets Another Washington Insider, Judd Gregg : It's All Politics If you missed the announcement late last week that Goldman Sachs hired former Republican Sen. Judd Gregg to be an international advisor, don't blame yourself. It came out Friday when most people were thinking more about the long holiday weekend ahead than the latest move by Goldman buy influence. 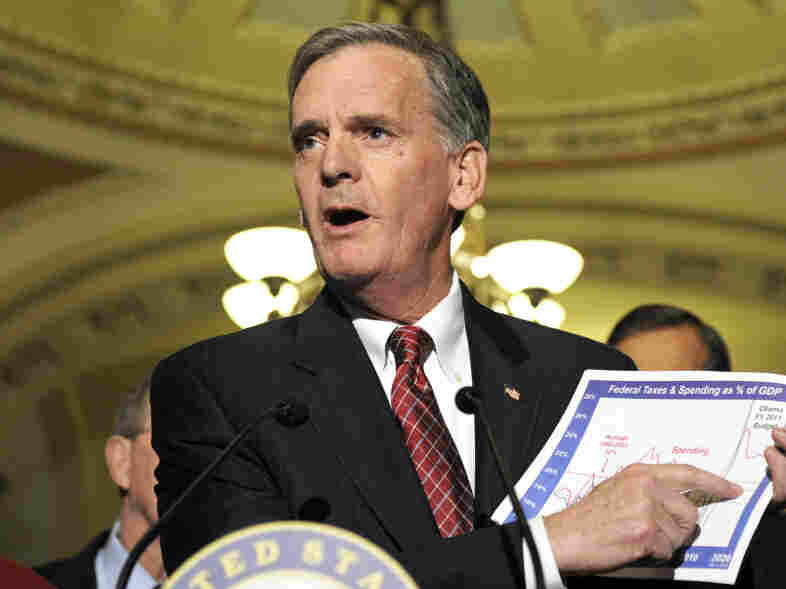 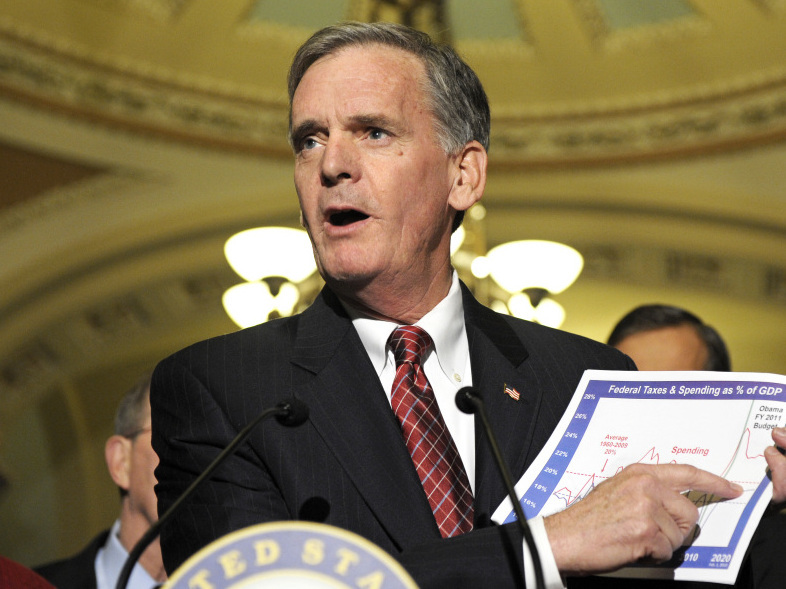 Judd Gregg, the former senator, will join Goldman Sachs and an international advisor.

If you missed the announcement late last week that Goldman Sachs hired former Republican Sen. Judd Gregg to be an international advisor, don't blame yourself.

It came out Friday when most people were thinking more about the long holiday weekend ahead than the latest effort by the investment bank to add to its stable of worthies an influential former Capitol Hill lawmaker.

Anyway, the former senator from New Hampshire who, as you'll recall, turned down President Obama's offer of the Commerce Secretary's job, will join Goldman's board of international advisors, nearly 20 former corporate chief executives and government officials.

Their role is to use their smarts, experience and connections to help Goldman make as much money for its shareholders and clients as possible and to avoid situations like one The Wall Street Journal recounts in which Goldman, through bad financial bets, lost 98 percent of the value of a 2008 $1.3 billion investment by Libya then tried to make it up to the Libyans by offering them a large ownership interest in Goldman.

Huffington Post observes that Gregg appeared protective of Goldman even before he left the Senate earlier this year. An excerpt:

In the wake of the financial crisis, which has been partly blamed on the excesses of Wall Street banks such as Goldman, Gregg was an outspoken critic of the Obama administration's effort to tighten oversight of the financial industry. He was also a defender of Goldman during the heated congressional debate over the $700 billion bank bailout.

Early last year, Gregg said that Democrats were overreacting to civil charges filed against Goldman for securities fraud by using the indictment to push regulatory reform. He noted at the time that the allegations had not yet been proven in court.

"It's really disingenuous for some people to pursue regulatory reform based off this one instance," the retired senator said on MSNBC. "This is a single event, we don't even know what the outcome will be."

Goldman has long been known for its numerous Washington ties, thus the nickname "Government Sachs." Both Republican and Democratic administrations in the past two decades have had Treasury secretaries who once ran Goldman and many others who received money from Goldman either for consulting or as employees.

Back in 2009, a Huffpost story had this passage which describes the way many people view Goldman:

Goldman Sachs is "a political organization masquerading as an investment bank, and they're sitting at the table with the top people in government," says Goldman critic Christopher Whalen, the managing director of Institutional Risk Analytics, which rates banks and provides customer analytics. He calls Goldman "the most political firm on Wall Street."

So Gregg just joins a long and ever growing list of those on the Goldman-Washington axis of cash and influence.