Accessibility links
Who's More Serious, Palin Or Bachmann? GOP's Ed Rollins Chooses Lawmaker : It's All Politics Ed Rollins, the long-time GOP operative who says he will work for Bachmann if she runs for the 2012 Republican presidential nomination, has stirred things up by making the case that the Minnesota congresswoman is akin to the Adlai Stevenson of the Tea Party movement. 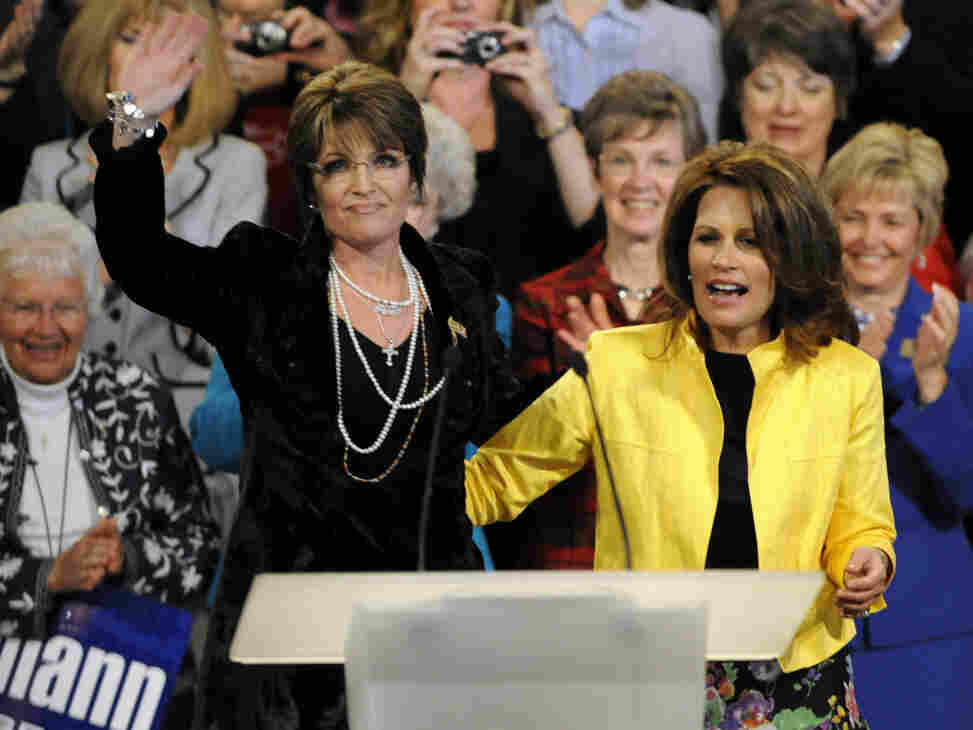 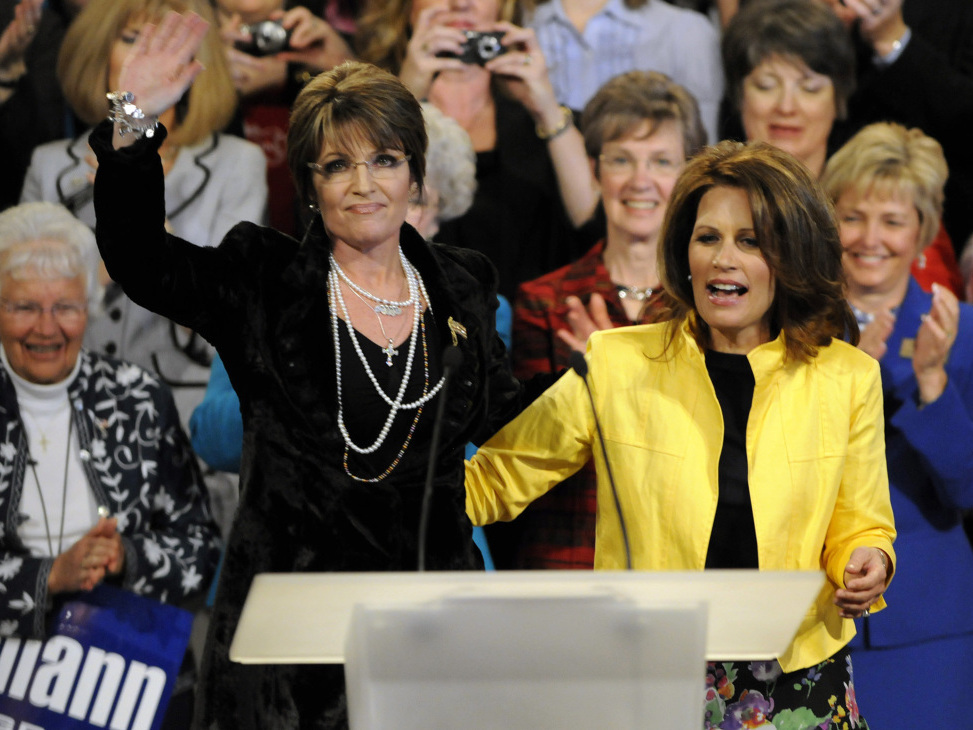 Updated at 4:20 pm ET-- Republican strategist Ed Rollins is walking back his criticism of Sarah Palin as not as "serious" as Rep. Michele Bachmann who he plans to work for if she officially enters the White House race.

It's not a surprise. Rollins has a long history of saying things from which he later has to backtrack. A Palin aide had asked for a retraction but Rollins refused to go that far.

The contest between Sarah Palin and Rep. Michelle Bachmann for the soul of the Tea Party movement is growing ever more fascinating.

Ed Rollins, the long-time GOP political operative who says he will work for Bachmann if she runs for the 2012 Republican presidential nomination, has stirred things up by making the case that the Minnesota congresswoman is akin to the Adlai Stevenson of the Tea Party movement.

Stevenson, as you'll recall, was the Illinois Democrat who twice ran unsuccessfully for the White House in the 1950s. He was supposedly the candidate of thinking voters because of his seriousness and obvious intelligence.

"Well I'm going to work for Michele Bachmann if she runs. That's the one that intrigues me the most at this point and I think to a certain extent she's articulate, she's a conservative. She's got a great story to tell. She's on the Intelligence Committee. You know, she's unknown to the national audience, but she'll become known and that's the candidacy that I'm going to work for if she runs.

"Sarah has not been serious over the last couple of years. She got the vice-presidential thing handed to her. She didn't go to work in the sense of trying gain more substance. She gave up her governorship. You know, I think Michele Bachmann and others have worked hard. She has been a leader of the Tea Party, which is a very important element here. She's an attorney, done extraordinary things with family values and what have you. So I think she will connect. She's a great, great communicator and I would say in the race right today, she is probably the best communicator."

Maybe Rollins was speaking out of turn and Bachmann doesn't share his view about what she offers conservatives versus Palin. I haven't seen anything on the her Twitter or Facebook pages yet to indicate this.

In fact, Politico.com reports the following:

Bachmann has been laying the groundwork for this argument for months, stepping away from some of the more dramatic rhetoric that brought her to prominence in the heady, early days of the Tea Party movement, and making a case more focused on the nuts and bolts of policy and on the unabashed social conservatism that has served many candidates well in they key early state of Iowa. She has been tightening her focus as Palin offers herself as an increasingly high-profile, if unfocused, cultural celebrity with an East Coast bus tour last week and a laudatory new movie set for release.

Aides to Palin didn't respond to inquiries about Rollins' comments, but a writer on the blog that serves as her supporters' main voice, Conservatives4Palin, demanded that the Minnesota congresswoman "either affirm her support for the long-time beltway fossil's idiotic comments...or refudiate them."

Rollins' attempt to paint Bachmann as much more serious than Palin is certainly eyebrow-raising if not a headscratcher since Bachmann has earned a reputation for frequently making statements untethered to facts.

Over the past year, Bachmann has often criticized President Barack Obama, the newly enacted health care law and the growing federal deficit. She comes armed with assertions, figures and graphs to make her point.

But independent fact checkers find that the information she relies on is often exaggerated, misleading or wrong. PolitiFact, a Pulitzer Prize-winning feature of the St. Petersburg Times that checks whether statements made by politicians are true, has repeatedly determined that Bachmann's claim don't ring true.

"We have checked her 13 times, and seven of her claims to be false and six have been found to be ridiculously false," PolitiFact editor Bill Adair said.

Adair said no politician has been checked as often as Bachmann without saying at least something that's true.

"I don't know anyone else that we have checked, more than a couple times, that has never earned anything above a false," he said. "She is unusual in that regard that she has never gotten a rating higher than false."

One of the most interesting aspects of this situation is that most Republicans with White House hopes will do or say nothing to get on the wrong side of Palin's supporters since those are the same voters who could decide the early caucuses and primaries.

Bachmann is seen by Tea Party activists as one of their own, however. So she probably has less to fear by taking on Palin than Romney would.

Because Palin has proven that she's not one to let real or perceived slights and attacks go unanswered for long, this battle for Palin and Bachmann for the Tea Party is one to keep your eyes on.