Accessibility links
Report: Democratic Calls Emerge For Anthony Weiner To Resign : It's All Politics Politico.com reports that Rep. Allyson Schwartz (D-PA) an official with the Democratic Congressional Campaign Committee, on Wednesday openly called for Weiner to resign because of his admission that he sent lewd photos of himself to women he had online discussions filled with explicit sex talk. 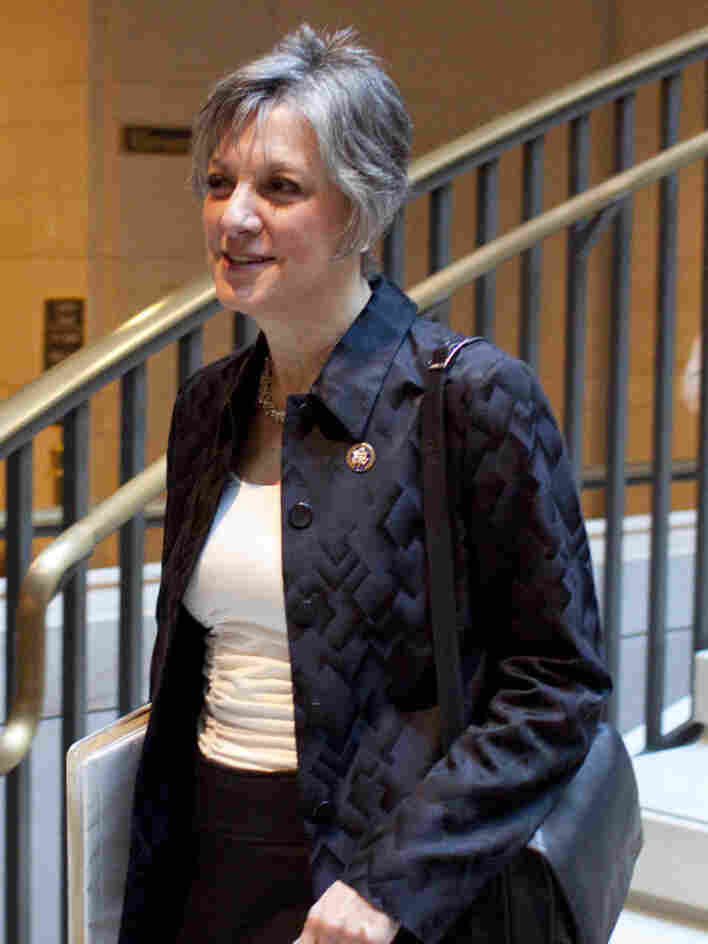 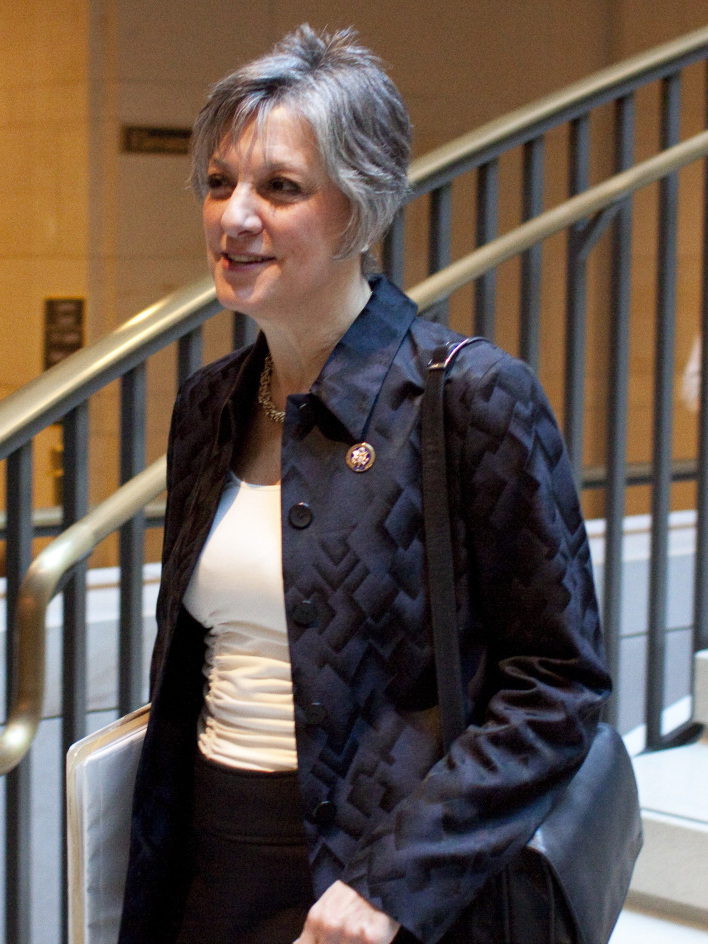 Congressional Democrats are starting to come forward with public calls for Rep. Anthony Weiner to give up his House seat.

Politico.com reports that Rep. Allyson Schwartz (D-PA) an official with the Democratic Congressional Campaign Committee, on Wednesday openly called for Weiner to resign because of his admission that he sent lewd photos of himself to women he had online discussions filled with explicit sex talk.

"Having the respect of your constituents is fundamental for a member of Congress. In light of Anthony Weiner's offensive behavior online, he should resign," the Pennsylvania congresswoman, who serves as chairwoman of recruiting and candidate services for the DCCC, told POLITICO.

Schwartz's job of recruiting Democrats to run against Republicans at a time when the GOP has a large House majority was likely challenging enough before the Weiner scandal. Weiner has likely made her difficult job even harder.

In softer tones, Sen. Mark Pryor (D-Ark.) made clear to an Arkansas radio station that Weiner ought to leave Congress.

"Ultimately that's up to him, and his constituents and his family but I think at this point it would probably be a good thing if he would go ahead and resign," Pryor said on KUAR in Little Rock.

Rep. Michael Michaud (D-Maine) told a local television station on Tuesday that it would be best if Weiner walked away.

Former Democratic National Committee chair Tim Kaine, who is running for the U.S. Senate, said Tuesday that Weiner should quit. He was the first nationally known Democrat to do so.

Just because the colleagues of a scandal-mired lawmaker would like him to step down doesn't mean it happens or, if it does, occurs quickly.

John Ensign, the former Republican senator from Nevada was persona non grata in the Republican Senate caucus after his affair with the wife of an aide, a woman who also happened to work for him.

But he remained for more than a year even though many of his fellow Republican colleagues barely spoke to him.

Same with William Jefferson, a former Democratic House member from Louisiana who refused to quit after FBI agents found $90,000 in his freezer. It took losing an election to pry him out of office.

When House members return next week from their recess, these Democratic demands for his resignation could really start to snowball.