Accessibility links
Buzz Grows Over Possible Rick Perry Presidential Bid : It's All Politics If Texas Gov. Rick Perry declares a run for the Republican presidential nomination, it likely would be one of the few times since 1860 that the idea of secession would be a prominent topic in a White House campaign. 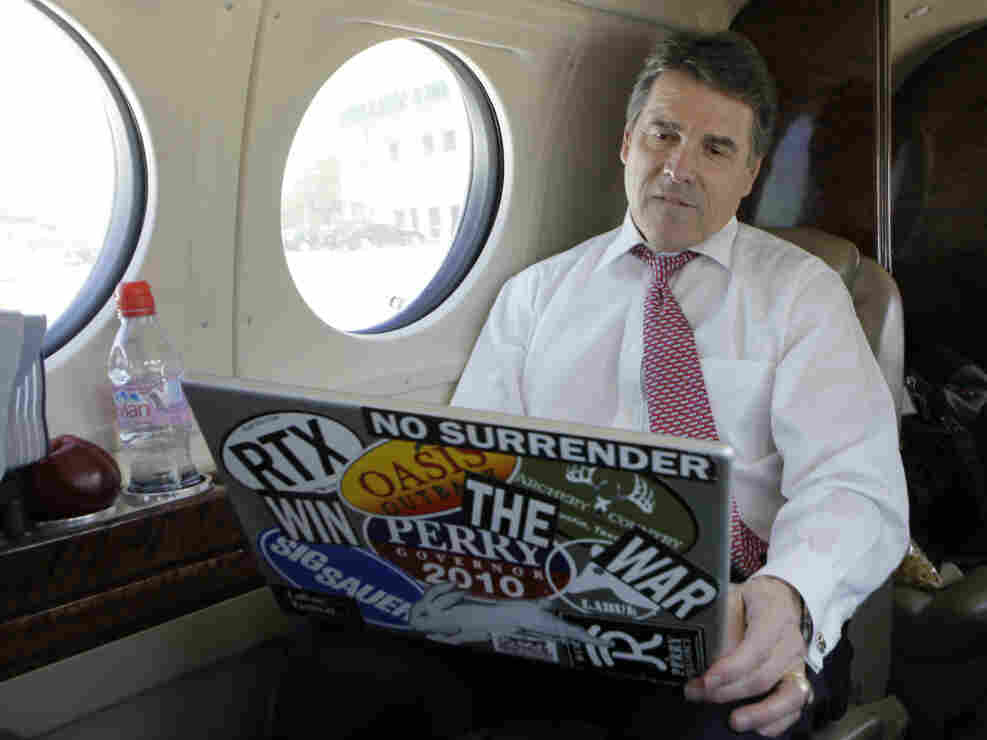 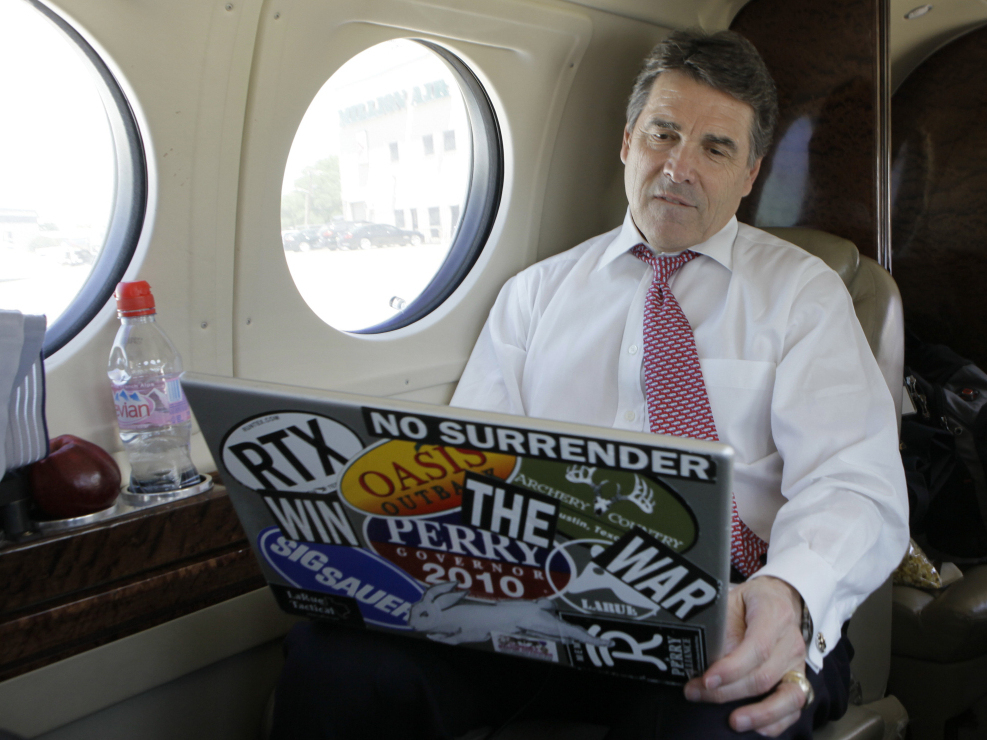 If Texas Gov. Rick Perry declares a run for the Republican presidential nomination, it likely would be one of the few times since 1860 that the idea of secession would be a prominent topic in a White House campaign.

Perry, of course, has backed away from statements sympathetic to secession that he made in 2009 when he was running for re-election in an attempt to appeal to Texas Tea Party activists furious at alleged encroachment on state powers by the Obama Administration.

But it's so extraordinary to see a governor talk about his state seceding from the union that it has made a lasting impression and will, again, likely be mentioned repeatedly if Perry announces he's in the race.

Democrats would certainly use it against him if he were to get the nomination. A Democratic strategist told CNN's Peter Hamby:

"It would certainly be an interesting campaign, running against somebody who is running for president of the United States who had previously said he'd consider seceding from it," the Democrat said.

Still, buzz is growing about a Perry run. In part, it's fueled by the mass exodus from Newt Gingrich's campaign which included two Perry allies, Dave Carney and Rob Johnson.

Chris Stirewalt at Fox News writes that the pieces appear to be falling into place for Perry. An excerpt:

Also this week, sources say Perry got the thumbs up from the Texas moneymen whose support he sought before launching a campaign. A big piece in the Wall Street Journal also helped convince the team that there was East Coast interest in the Texan's candidacy.

Gingrich's collapse also leaves a major hole in the field: There is no viable Southerner seeking the nomination of the party of the South.

Wayne Slater, the Dallas Morning News' senior political writer, told CNN Friday that, among the information he has gleaned, his is sources tell him that Perry's wife, Anita, wants him to run for the GOP nomination.

Perry is a Texas fiscal and social conservative who balanced his state's budget without raising taxes and signed legislation requiring women seeking abortions to first get a sonogram.

He is also an evangelical Christian in the mold of his predecessor as Texas governor, President George W. Bush.

In an unusual move for a governor and potential presidential candidate, Perry plans to host a Texas rally as part of a day of prayer and fasting to be held in early August at Reliant Stadium near Houston.

He has invited other governors to the event which has drawn criticism from some quarters for mixing church and state.

Adding to the controversy, Perry has involved the American Family Association, a group which has expressed sharp hostility to homosexuality.

The likenesses between Perry and Bush don't end with their devout Christianity. It's hard not to notice their similar speaking styles, down to the way they repeatedly nod their heads when to emphasis a point and gesture with their hands.

If you have any doubts, watch this video of Perry speaking earlier this year at the Conservative Political Action Conference:

All this, Slater said, makes some people wonder if the nation is ready for another president from Texas, especially one who seems to be channeling the most recent one?