Accessibility links
Republicans Less Hawkish, Thanks To Fiscal Woes, Tea Party : It's All Politics The nation's war weariness from the past ten years of blood and treasure spent in Iraq and Afghanistan account for some of this. The wars contributed to the nation's debt troubles and that fiscal crisis, which has become a major cause for the influential conservative Tea Party movement. 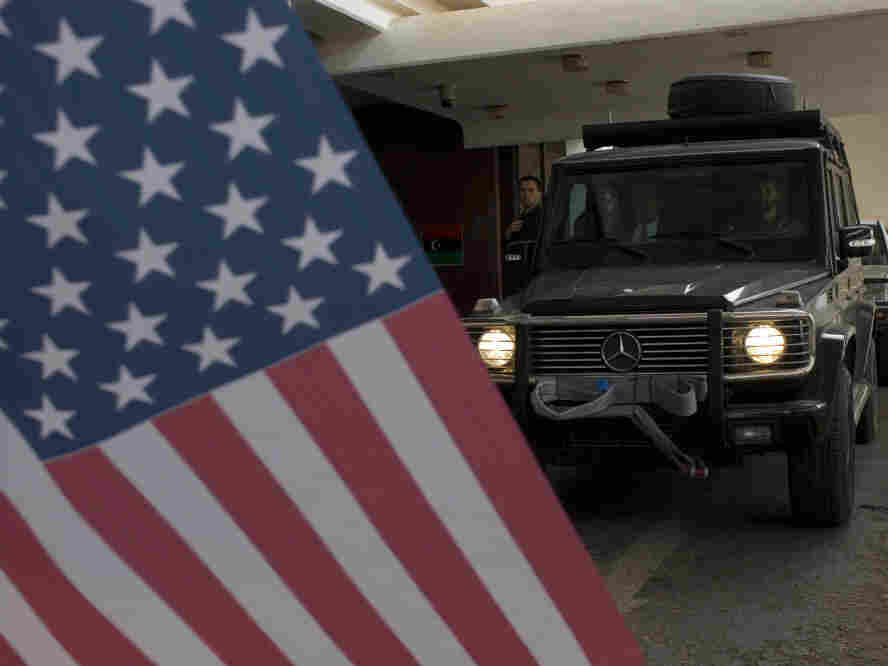 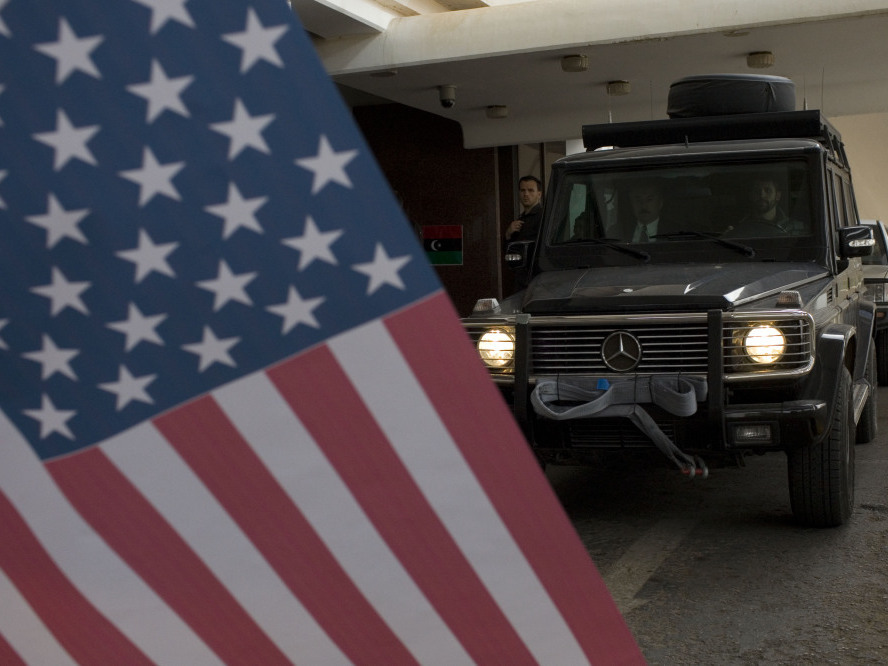 Since at least the time of President Ronald Reagan's military buildup to confront the "evil empire" as he famously dubbed the Soviet Union, Republicans have held the national security high ground in U.S. politics.

But the ground has shifted greatly, with many Republicans now sounding a message that can only be described as "look homeward, America."

The nation's war weariness from the past ten years of blood and treasure spent in Iraq and Afghanistan account for some of this. The wars contributed to the nation's debt troubles and that fiscal crisis has become a major cause for the conservative Tea Party movement. And the Tea Party influences a lot of thinking in Republican circles these days.

Which explains why some Republicans, including some presidential candidates, are sounding increasingly isolationist in their criticisms of the president's use of U.S. military force in Libya and continued involvement in Afghanistan.

At one time the hawkishness of Sen. John McCain, the Arizona Republican and 2008 GOP presidential nominee, on Libya and Afghanistan would have defined his party's position. McCain, for instance, has increasingly called on the Obama administration to take even stronger military action in Libya.

But many in his party appear to be parting company with McCain on this as well as Afghanistan.

As NPR's Mara Liasson reported on Morning Edition Thursday, part of what's happening is the jockeying between a president of one party and a House of the other party over the war power. But there's more to it than that:

MARA: The debate about Libya reveals something more than just the perennial wrangling between the president and Congress over war powers. There's a sea change underway inside the Republican Party.

In Congress, the new Tea Party Caucus is skeptical of U.S. military intervention and on the campaign trail the traditional support for aggressive U.S. action abroad is being eroded by a new isolationism.

You could hear it at Monday night's GOP candidates' debate.

MICHELE BACHMANN: The president was wrong. First of all, we were not attacked. We were not threatened with attack. There was no vital national interest.

GINGRICH: I think that we need to think fundamentally about reassessing our entire strategy in the region. I think that we should say to the generals "We would like to figure out to get out as rapid as possible with the safety of the troops involved."

MARA: Isolationism in the Republican field is no longer confined to Ron Paul. Even establishment candidates like Jon Huntsman said we shouldn't have intervened in Libya because "We just cant afford it."

And when it comes to Afghanistan, the uber establishment candidate, Mitt Romney, sounded like a dove.

ROMNEY: It's time for us to bring our troops home as soon as we possibly can, consistent with the word that comes from our generals that we can hand the country over.

MARA: And Romney went on --

ROMNEY: We've learned that our troops shouldn't go off and try and fight a war of independence for another nation.

MARA: Romney's remarks surprised hawks like Danielle Pletka who is the vice president of the American Enterprise Institute.

PLETKA: I really have always thought of him as the traditional GOP candidate - business background, fiscal conservative, tough on national security and clear spoken about American greatness and American leadership.

And yet he gave a muddled answer on a question about Afghanistan and seemed to imply that we needed to get our troops out right away.

This growing isolationism within the Republican Party is clearly causing some consternation and concern with the party, as Pletka's comments indicate.

Sen. Lindsey Graham of South Carolina was quoted in The Hill expressing his worries that Republicans were at risk of giving up what was their political advantage on national security issues.

Graham said if Romney and other candidates aren't willing to defend the mission in Afghanistan as crucial to U.S. national security interests, they risk invidious comparisons, such as with Carter, who was seen as weak in handling the Iran hostage crisis.

Graham said he believes the GOP is at risk of ceding its ownership of national-security issues, adding, "I'm not going to let that happen without some speaking out."

Inhofe backed up Graham, criticizing Romney's implication that the conflict is an Afghan war for independence.

"Mitt is — I'll tell you the mistake he's making — he's trying the old big-tent routine; it never works," Inhofe said. "He doesn't understand the situation if he thinks that's what this is about; this has nothing to do with independence."