Accessibility links
Log Cabin Leader: Obama Probably Looking At Polls On Gay Marriage : It's All Politics The victory for marriage equality legislation in New York has placed in sharp relief the willingness of state lawmakers, particularly Republicans, to openly support same-sex marriage and President Obama's reluctance to do the same on the national stage. (He's publicly for civil union and says his views are "evolving.) 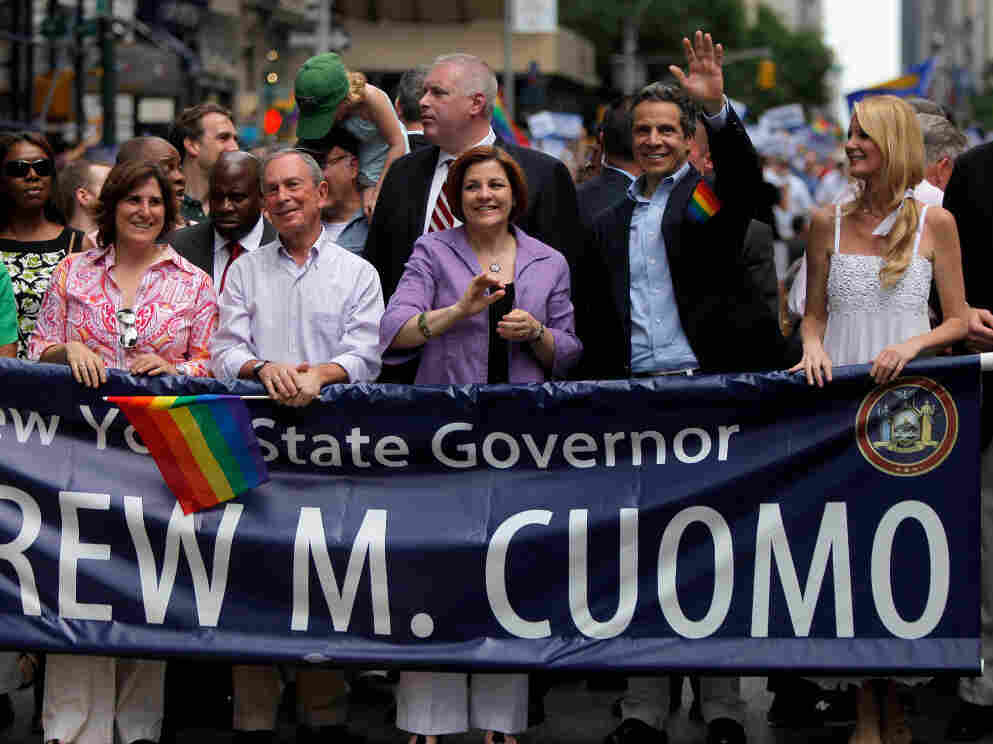 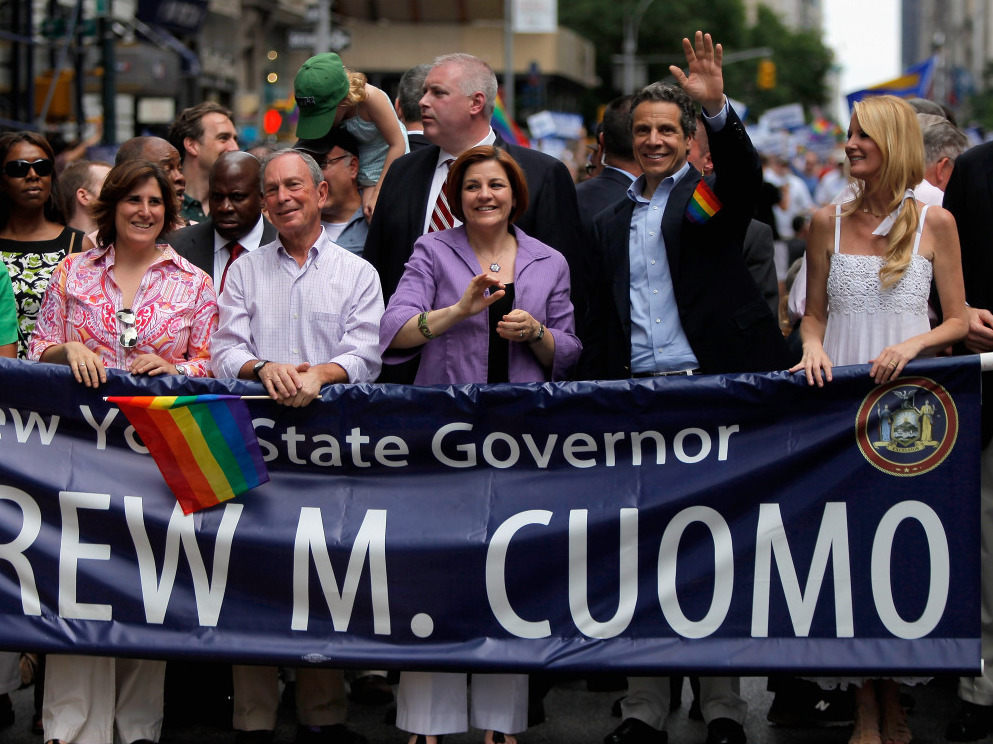 The victory for marriage equality legislation in New York has placed in sharp relief the willingness of state lawmakers, particularly Republicans, to openly support same-sex marriage and President Obama's reluctance to do the same on the national stage. (He's publicly for civil union and says his views are "evolving.")

The president's failure to go as far as New York State Republicans has caused some of his strongest ideological allies to openly criticize him. An editorial in the New York Times summed up their feelings — "Gay Marriage: Where's Mr. Obama?"

NPR's Tell Me More had a Monday segment following up on the New York vote with R. Clarke Cooper, executive director of the Log Cabin Republicans and Julie Bolcer, correspondent for the Advocate.

COOPER: President Obama is not the only politician out there who keeps vacillating. Part of that, probably, is because he's looking at poll numbers. Poll numbers show many Americans say... some kind of civil union or some kind of legal status or protection is fine.

The word marriage is where a number of Americans get hung up. Part of that eduction is to explain to folks that the courthouse process, it's not a religious process. It's a legal transaction. It's a contract and there is no state role in the church. There is a separation of church and state. Tnere's a big education process for both sides of this issue.

Cox asked Bolcer if she thought New York could be a model for other states:

BOLCER: There are factors and conditions in New York that can be replicated in other states, even this year where victory appeared to be close. We are likely to see action in those places first.

For example, in Maryland or in Rhode Island. It will be a boost certainly in places where they are also on the cusp and where they have factors such as a strong governor who is supporting the issue as Gov. Cuomo did here, where groups can coordinate in their fundraising communications and fieldwork and where polling shows the majority of people in the state are supporting of the issue.

It's hard to begrudge Bolcer's optimism after the legislation's enactment in New York. But New York appears to have some fairly particular circumstances. So while other states will certainly look to New York as an example, they might not get the same results.

Black churches that are hostile to gay marriage probably exert more political power in Maryland than New York, for instance. Whether an education campaign of the kind that Cooper of the Log Cabin Republicans envisions could turn this around is the question.

In any event, the story behind the New York legislation is well worth knowing and The New York Times' Michael Barbaro delivers many details. In a blog post he explains how the effort nearly failed.

And in a lengthy story that ran over the weekend, Barbaro tells the role played by super wealthy Wall Street investors who brought their financial might to a lobbying campaign.

But, behind the scenes, it was really about a Republican Party reckoning with a profoundly changing power dynamic, where Wall Street donors and gay-rights advocates demonstrated more might and muscle than a Roman Catholic hierarchy and an ineffective opposition.

And it was about a Democratic governor, himself a Catholic, who used the force of his personality and relentlessly strategic mind to persuade conflicted lawmakers to take a historic leap.

"I can help you," Mr. Cuomo assured them in dozens of telephone calls and meetings, at times pledging to deploy his record-high popularity across the state to protect them in their districts. "I am more of an asset than the vote will be a liability."