Accessibility links
Blagojevich: The Mouth That Roared Meets Its Match : It's All Politics The clouds from the Rod Blagojevich scandal may disperse in time. But a state doesn't become the national leader in sending former governors to federal prison without there being a culture of corruption. 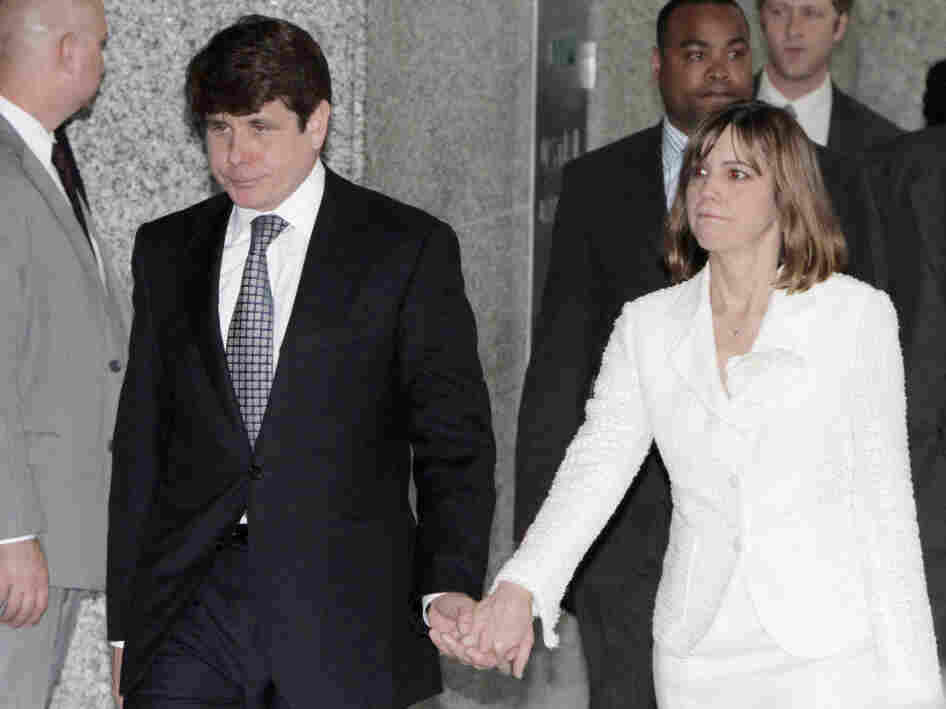 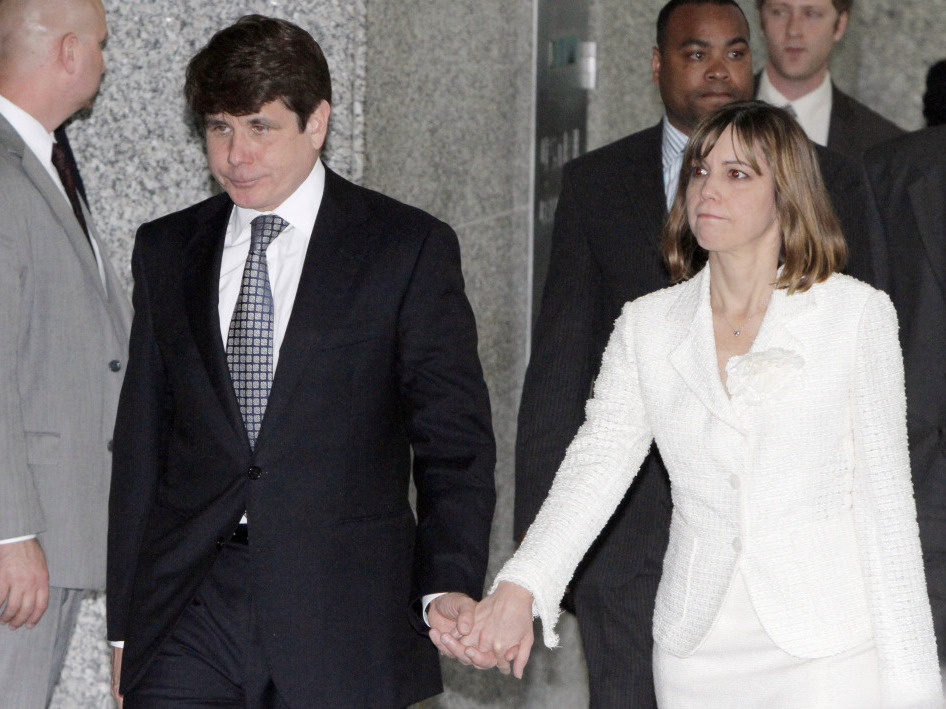 Until Monday, there seemed to be very little that was capable of quieting the voluble former Illinois governor whose powers of self-justification were remarkable, even for a politician.

After his December 2008 arrest, at a time when other politicians might have kept a low profile, he did just the opposite. He seemed to be everywhere, on daytime and late night talk shows protesting his innocence. A stint on Celebrity Apprentice where Donald Trump eventually fired him.

But the unblinking reality of spending a considerable amount of the rest of his life in federal prison for, among other crimes, plotting to essentially sell the U.S. Senate seat vacated by President Obama, pierced whatever allowed him to, up till now, maintain a public show of bravado.

As the Chicago Tribune reported:

Saying he was "stunned,"Rod Blagojevichwas uncharacteritically tight-lipped today after a jury convicted him on 17 of 20 counts of corruption against him.

Holding his wife's hand, Blagojevich spoke in a somber tone to a crush of reporters in the federal courthouse. "Patti and I obviously are very disappointed in the outcome. I, frankly, am stunned. There's not much left to say other than we want to get home to our little girls and talk to them and explain things to them and try to sort things out. And I'm sure we'll be seeing you."

Actually, based on that quote, it sounds like maybe he is just momentarily shaken and he'll be back to his old loquacious self shortly.

With Monday's convictions after an earlier trial in which a jury deadlocked on 23 of 24 federal charges, finding him guilty of just one, Illinois is closer to putting the Blagojevich scandals in the rear view mirror.

That's certainly the hope expressed by many of the Illinois politicians who reactions were collected by web site of NPR member station WBEZ.

But anyone who knows anything about Illinois politics can be forgiven for being cynical about what's to come.

The clouds from the Blagojevich scandal will disperse in time. But a state doesn't become a national leader in sending former governors to federal prison without having a deep-seated culture of corruption. Blagojevich was just a symptom, not the disease itself.