Accessibility links
Wisconsin's Alleged High-Court Choking Incident Gets Two Probes : It's All Politics Perhaps the answer is having the justices repair to a bucolic area like Door County for a retreat filled with trust-building exercises like the trust lean.Then again, maybe it's a better idea to not give them another opportunity to get their hands on each other. 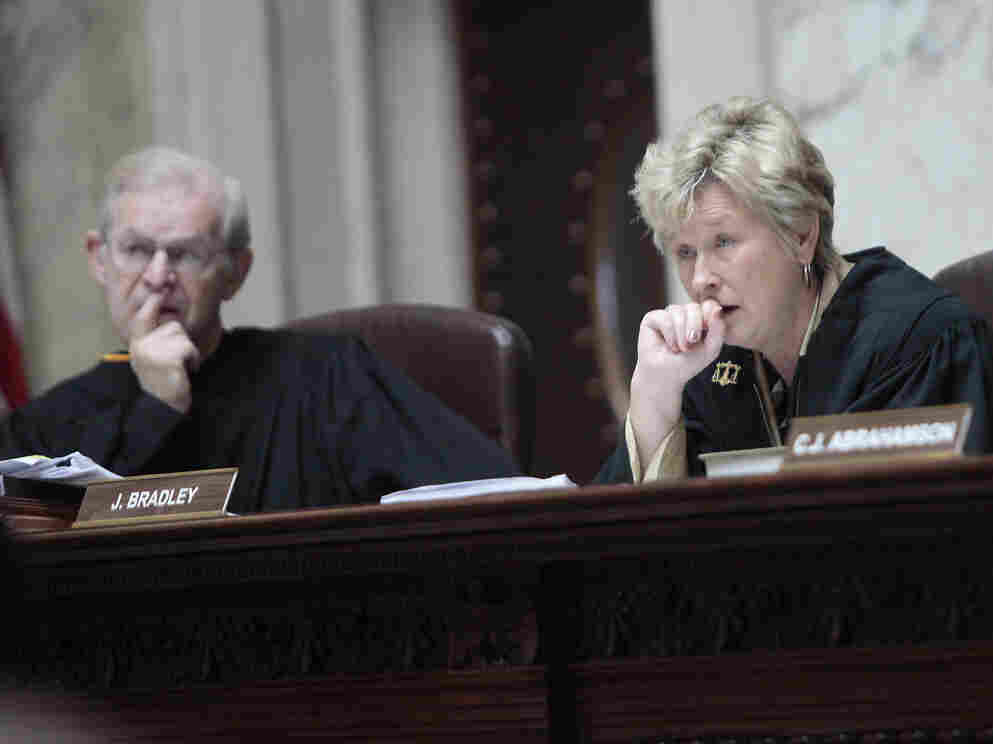 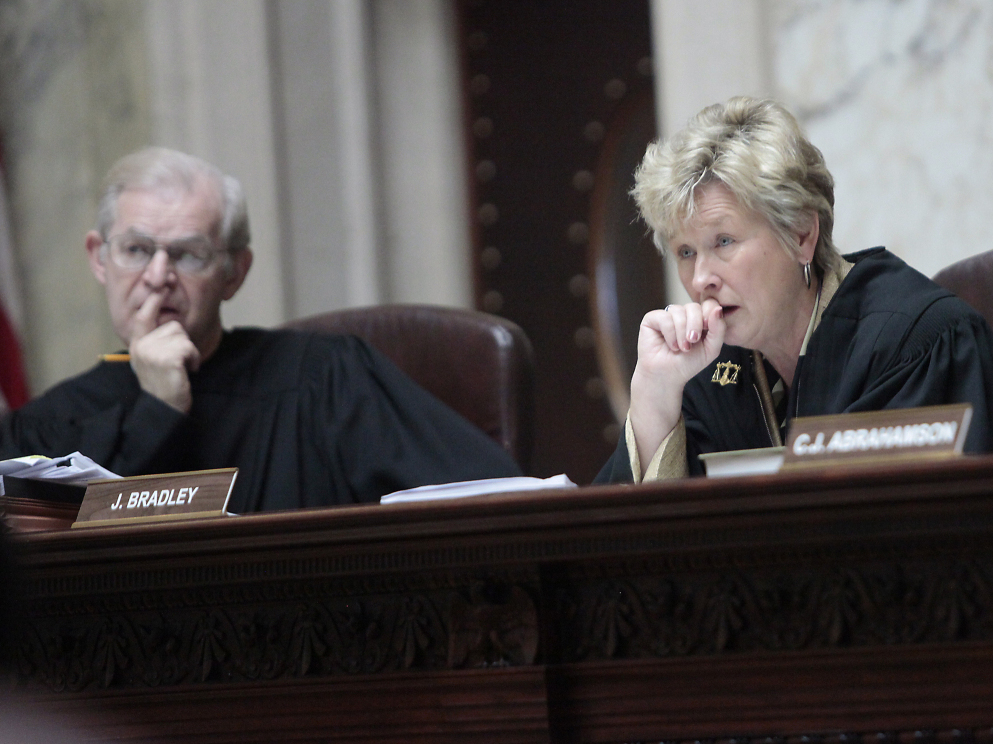 Several days have passed since news emerged from Wisconsin that one state supreme court justice accused another of trying to choke her during a conference of the justices and there are some new developments.

There are now two probes of the alleged incident in which Justice Ann Walsh Bradley claims that fellow Justice David Prosser choked her during a disagreement related to the state's partisan battle over the collective bargaining rights of public employees.

One investigation is being run by the Dane County Sheriff who has assigned detectives to the matter. The other probe is by the Wisconsin Judicial Commission.

But Dane Country Sheriff Dave Mahoney, a Democrat, has been accused by some Republicans of a conflict of interest. He endorsed Bradley.

Mahoney actually inherited the investigation from the chief of the Capitol Police, Charles Tubbs, who thought he himself had a conflict of interest.

NPR member station, Wisconsin Public Radio and the Wisconsin Center for Investigative Journalism, had the first reports on the alleged confrontation.

An excerpt from an WPR.org report by Gilman Halsted:

Three knowledgeable sources told Wisconsin Public Radio and the Wisconsin Center for Investigative Journalism that the justices had a physical altercation just prior to the release of a ruling on the state's new law restricting collective bargaining.

The sources spoke on condition of not being named, citing a need to preserve professional relationships. They say the argument took place in Justice Bradley's office with several other justices present. Sources say Bradley asked Prosser to leave her office, at which point Prosser allegedly grabbed Bradley around the neck with both hands.

The Journal Sentinel says another source has told the paper a different story. That source is quoted as saying there was an altercation between the justices, but it was Bradley who rushed at Prosser with her fists raised, and his hands came into contact with her neck when he raised them in self-defense.

Halsted, the WPR.org reporter has a great quote in another story about the incident. It comes from State Senate President Scott Fitzgerald, a Republican:

"The Supreme Court's crazier than the legislature apparently," says Fitzgerald. "It's hard to believe it actually went down the way it was described. And I think with the justices not really making many comments publicly, it's hard for me to believe that that really happened, but from the way it's being reported it appears that certainly something happened over there."

Of course, it was the Wisconsin Senate which drew the nation's attention when Democratic lawmakers absconded to Illinois earlier in the year to deny Republicans the quorum needed to pass legislation to rein in the power of public worker unions in the state.

Gov. Scott Walker, the Republican governor who became a national symbol of GOP efforts to hem in public employee unions, weighed in as well on the state high court's problems.

Walker told Journal Sentinel reporters, editors and members of the newspaper's Editorial Board on Monday that the current court was the most dysfunctional in his memory, and that the judiciary is supposed to be the most dispassionate of the three branches of government.

"I think, again, beyond the particulars of this case . . . the fact that there appears to be an ongoing friction among justices in the court is something that has to be resolved," Walker said. "I don't know what the right answer is."

Perhaps the answer is having the justices repair to a bucolic area like Door County for a retreat filled with trust-building exercises like the trust lean.

Then again, maybe it's a better idea to not give them another opportunity to get their hands on each other.