Accessibility links
Giffords' Husband Orbits Political Questions : It's All Politics During an appearance at the National Press Club in Washington, astronaut Mark Kelly addressed speculation about starting a second career as a politician. So will he or won't he? 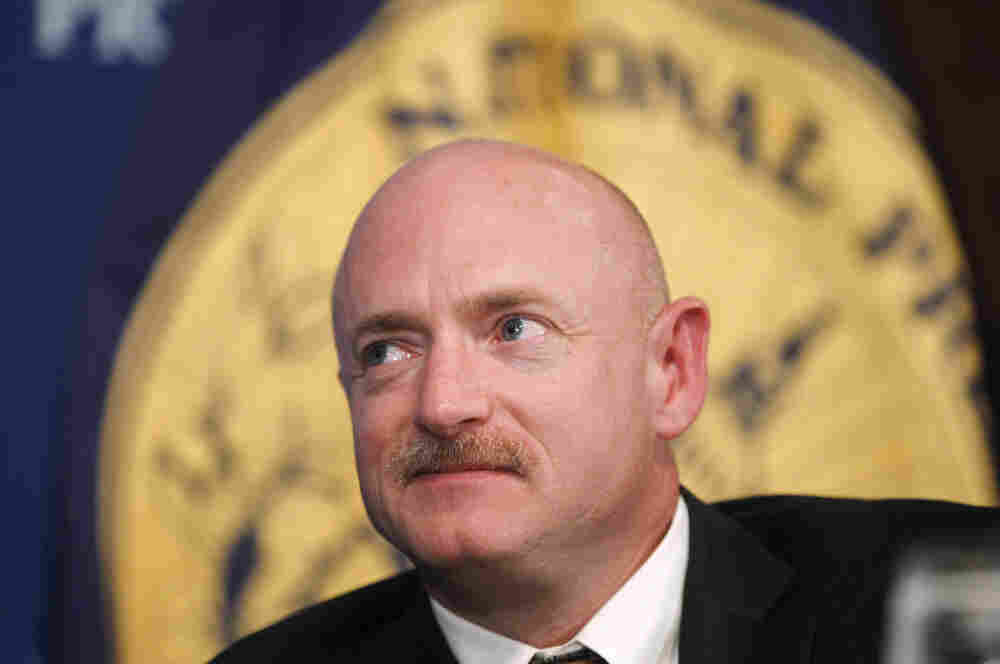 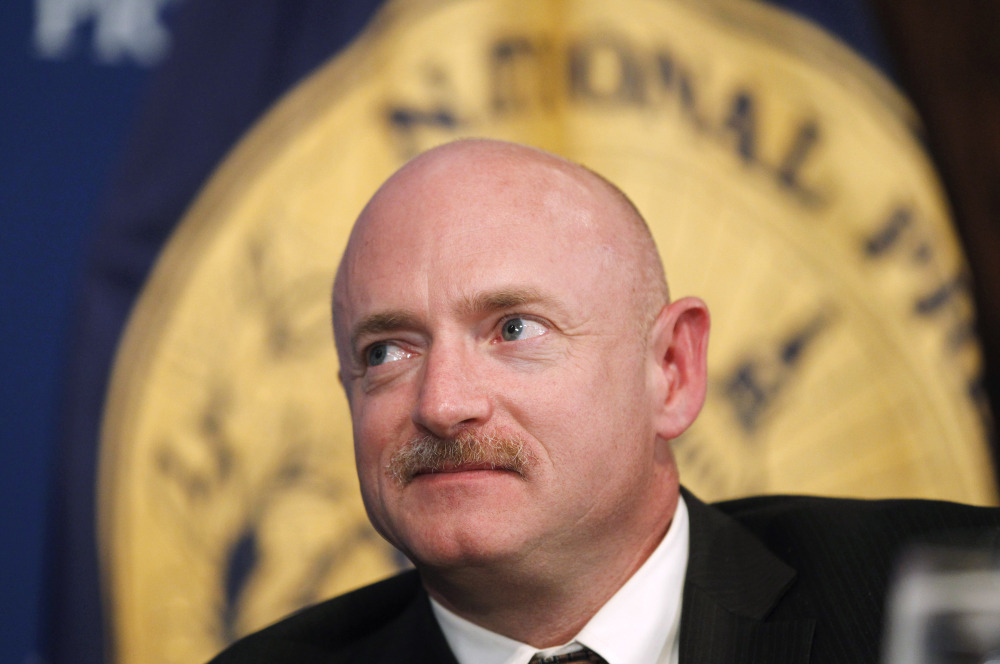 Is retiring astronaut Mark Kelly ready to launch a new career in politics?

"I'll go into more detail about that next week, when I visit Iowa and New Hampshire," Kelly joked Friday during a luncheon appearance at the National Press Club.

Speculation about Kelly's political prospects took off in the weeks after his wife, Democratic Rep. Gabrielle Giffords, was critically injured in a Jan. 8 shooting. Six died and another 13, including Giffords, were wounded in the incident during a political event in her Tucson district.

Kelly officially announced his plans to retire from NASA and the Navy last week.

A ceremony honoring Kelly's career on Monday at the Johnson Space Center in Houston marked one of his wife's first public appearances since the January shooting. Giffords, who has served as the top Democrat on the House Space and Aeronautics Subcommittee, also attended Kelly's May 16 launch in Florida, as well a scrubbed launch attempt two weeks earlier.

"She's sorry she couldn't be here today," Kelly told the audience at the Press Club, where he appeared with his boss, former astronaut and NASA administrator Charles Bolden.

So will he or won't he? Jokes about Iowa and New Hampshire aside, Kelly did not sound like he was interred in following his wife into a political career.

"She's the politicians in the family. I'm the space guy," he said. "And I see no reason to change that now."