Accessibility links
Boehner: 'Disagreements Are Not Personal' : It's All Politics But Democrats, the House speaker said, "insist on raising taxes" and are not "serious enough on fundamental entitlement reform. ... It takes two to tango and they're not there yet." 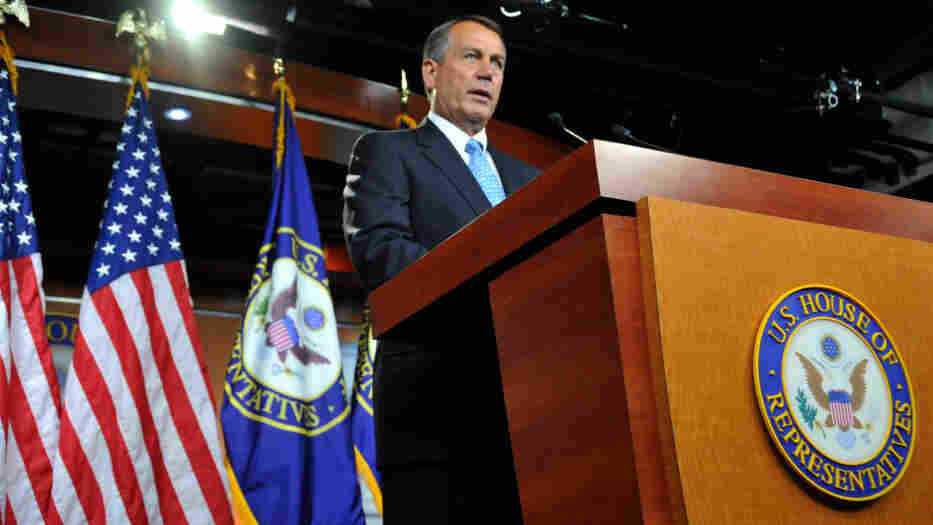 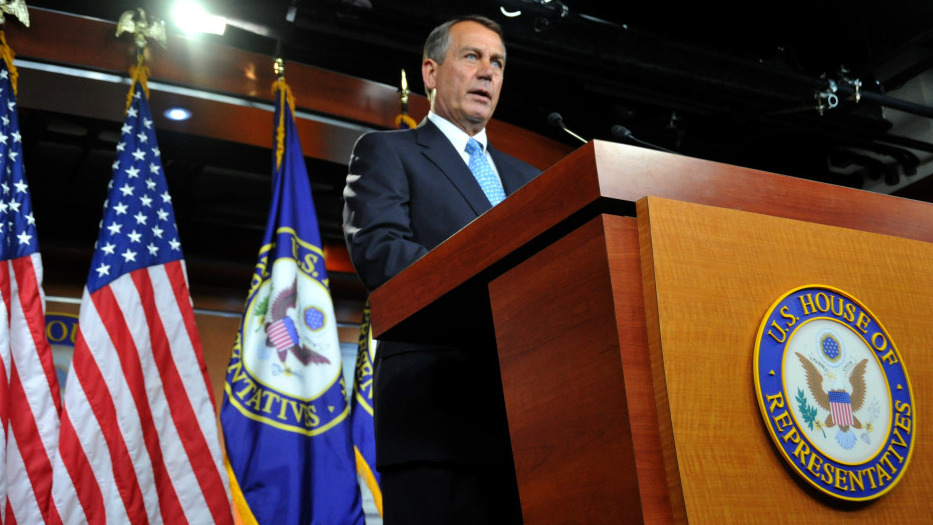 House Speaker John Boehner as he spoke with reporters on Capitol Hill this afternoon.

"Our disagreements are not personal and never have been," House Speaker John Boehner (R-OH) just said of the ongoing discussions he's been having with Democratic President Obama about deficit reduction.

And Boehner said he appreciates the kind words Obama had to say earlier today about the speaker's efforts to forge a "grand bargain" that leads to significant deficit reduction and action on controlling costs for Social Security, Medicare and other so-called entitlement programs.

But Republicans, Boehner told reporters on Capitol Hill, "do not agree [with Obama] that the government needs more revenues through higher taxes on job creators." The House will not pass such legislation, he added.

Democrats, Boehner said, "insist on raising taxes" and are not "serious enough on fundamental entitlement reform. ... It takes two to tango and they're not there yet."

For his part, Obama said earlier that if Republicans "don't budge, period," on the issue of raising revenues, "then we're probably not going to get something done." And the president said that "nobody has talked about increasing taxes now. Nobody has talked about increasing taxes next year." What has been proposed, he said, is "starting in 2013 ... getting rid of some of these egregious loopholes" for millionaires.