Accessibility links
Obama Raises More Than $86 Million In 2nd Quarter, Setting Record : It's All Politics The Obama haul was just reinforced the truth that nothing rivals the aura of an incumbent president who arrives in a city aboard Air Force One and at a venue in an awe-inspiring motorcade for raising political money. 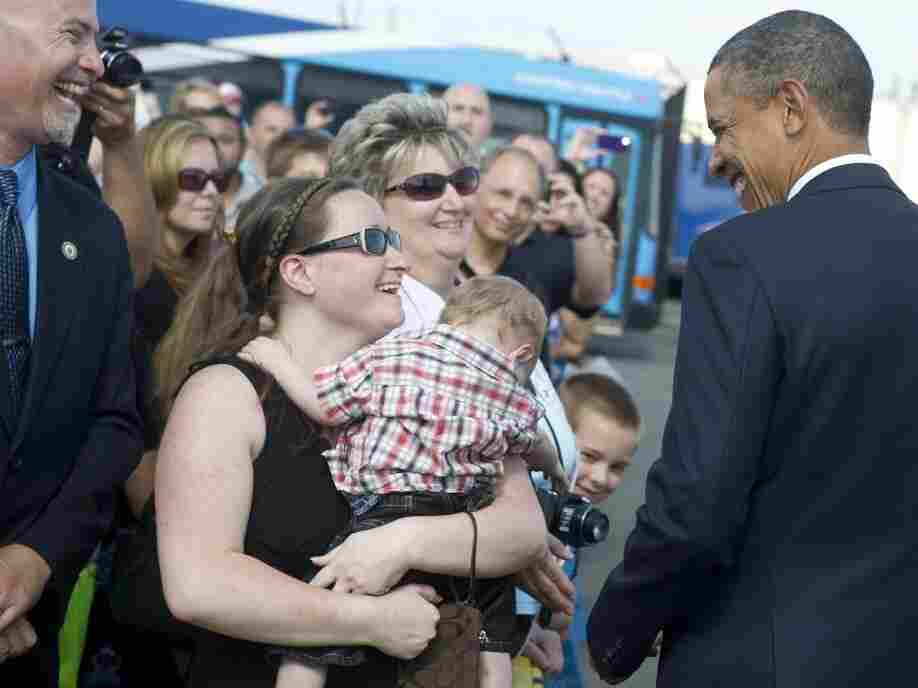 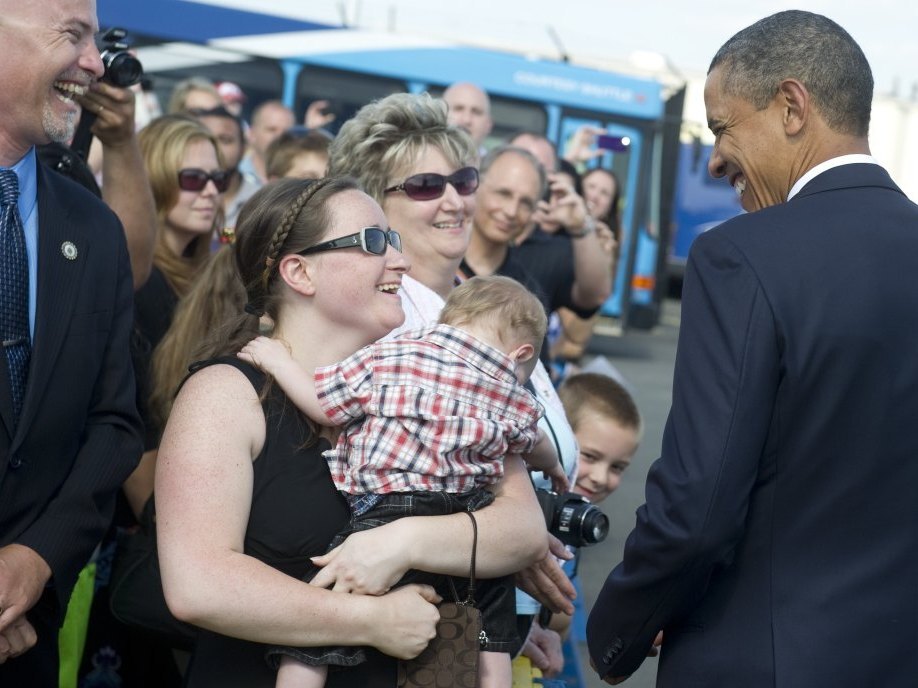 More than $86 million dollars down, and something short of $914 million to go, for President Obama's re-election campaign which some observers believe could be the first presidential campaign to raise $1 billion.

According to Messina, Obama's fundraising machine raised more than $47 million in the last three months for the president's re-election campaign and more than $38 million for the Democratic National Committee.

The Obama haul was just reinforced the truth that nothing rivals the aura of an incumbent president who arrives in a city aboard Air Force One and at a venue in an awe-inspiring motorcade for raising political money.

But the point Messina really wanted viewers to take away from the video wasn't just the dollar amount raised, which far exceeded the combined fundraising totals so far of all the Republican presidential candidates.

He wanted to convey just how broad the president's support was and that the pool of contributors had been expanded from what Obama had at a comparable point in 2008 campaign.

"The most important thing isn't the dollar total but the number of people who pitched in to own a piece of this campaign.

"So let's talk about that first; 552,462 people made a donation to this campaign in first three months, more grassroots support at this point of the process than any campaign in political history. Those people made more than 680,000 donations, demonstrating the strength of their commitment.

"We made history on the 2008 campaign with our historic number of small dollar, everyday people making donations of whatever they can afford.

"If you look at the comparable point four years ago, you'll see that this movement is even stronger. And here's the part I'm personally very proud of; 98 percent of all donations were $250 or less.

All those individual donors will make for a very sizable filing with the Federal Elections Commission Friday when campaign fundraising and spending disclosures are due. The Obama campaign's filing will run to 15,000 pages, Messina said.

And of the more than $86 million raised, he said:

"Again we did this from the bottom up. We didn't accept one single dollar from Washington lobbyists or special interest pacs, a commitment no other presidential campaign has made and which the Republican National Committee also refuses to make."

The campaign had already established 60 field offices, with "many more on the way" Messina promised.

Over at the New York Times' The Caucus blog, Michael Shear writes the following about the Obama/DNC warchest and provides some GOP numbers for comparison:

The fund-raising total gives Mr. Obama and the Democratic Party an early and large lead over his potential rivals. The president's campaign manager, Jim Messina, said he will use the cash to ramp up Mr. Obama's campaign operation across the country even as the Republican primary is under way.