Accessibility links
Minnesota Beer, Booze Sellers' Supplies Run Low Due To State Shutdown : It's All Politics Here's a Minnesota government shutdown problem many people probably didn't see coming: sellers of beer and alcohol in the state are running out of stock.The state workers who renew the licenses retailers need to sell alcohol have been laid off, of course, because of the two-week old shutdown. 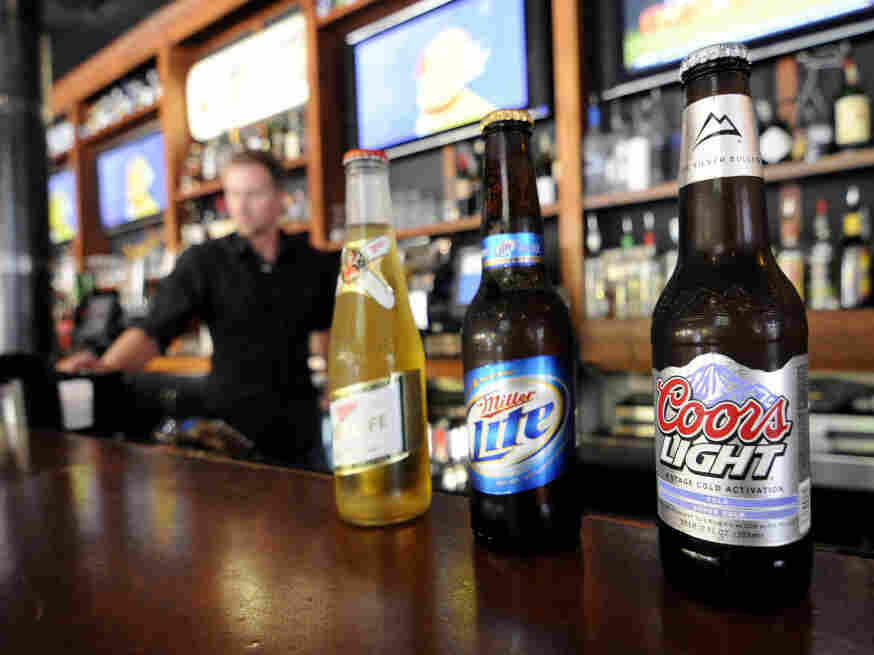 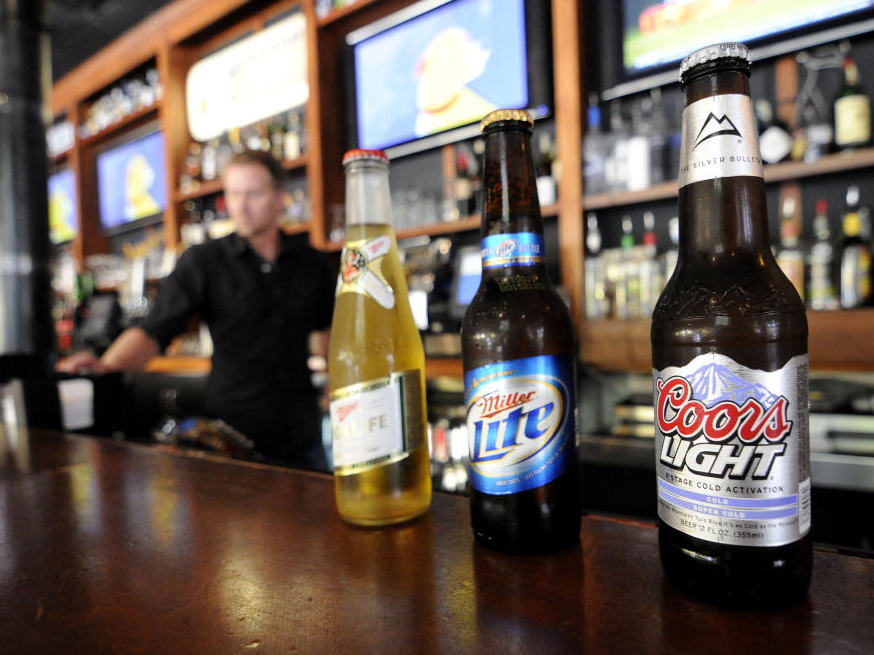 Coors and Miller beer bottles sit on the counter at the Ugly Mug restaurant and bar in Minneapolis, Wednesday, July 13, 2011.

Here's a Minnesota government shutdown-related problem many people probably didn't see coming: sellers of beer and alcohol in the state are running out of supplies.

The state workers who renew the licenses brewers, distillers and retailers need to sell alcohol in the state have been laid off because of the two-week old shutdown.

So it appears the longer the shutdown goes, the harder it will be for Minnesotans to drown their sorrows.

Trevor Berg says he'll have no choice but to close Hoss' All American Liquor store in Walker, Minnesota, if the state government shutdown drags on: The $20 permit Berg needs to restock his wares expires July 17.

"As the shelves go bare, I'll tighten the noose up on my own neck," Berg, 43, said in a telephone interview from Minneapolis. "The more I sell, the faster I'm going to go bankrupt."

There are 300 bars, restaurants and liquor stores so far that can't purchase alcohol because their so-called buyer's cards expired, and the state can't renew them with workers forced to stay home and computers offline, said Doug Neville, a Public Safety Department spokesman. The state has told MillerCoors LLC to pull 39 varieties of beer because the brewer didn't renew $30 brand-label registrations, Neville said.

Many restaurants and bars have only a couple weeks' supply and must stop selling alcohol or close if the shutdown persists, said Bob Pallansch, a member of the Minnesota Licensed Beverage Association Board. Crippling an industry that produced $329.1 million in tax revenuelast year may outrage the public enough to force a settlement, he said.

"Throughout the state of Minnesota, the local tavern, bar and grill are kind of the social hub," Pallansch, 65, said in a telephone interview from Grey Eagle, a town of about 320 where he owns the Double "R" Bar and Grill. "If they're locked up, it's going to be a big outcry."

A big, mostly sober outcry, he could have added.