Accessibility links
House Majority Leader Eric Cantor Draws Democratic Wrath, Boehner Defense : It's All Politics In a Senate floor speech, majority leader Sen. Harry Reid of Nevada said praised two Republicans, Sen. Mitch McConnell and Speaker John Boehner, for at least being "willing to negotiate in good faith."He had nothing good to say about Cantor, however. He even cited criticisms from anonymous Republicans of Cantor to show his own criticism wasn't partisan. 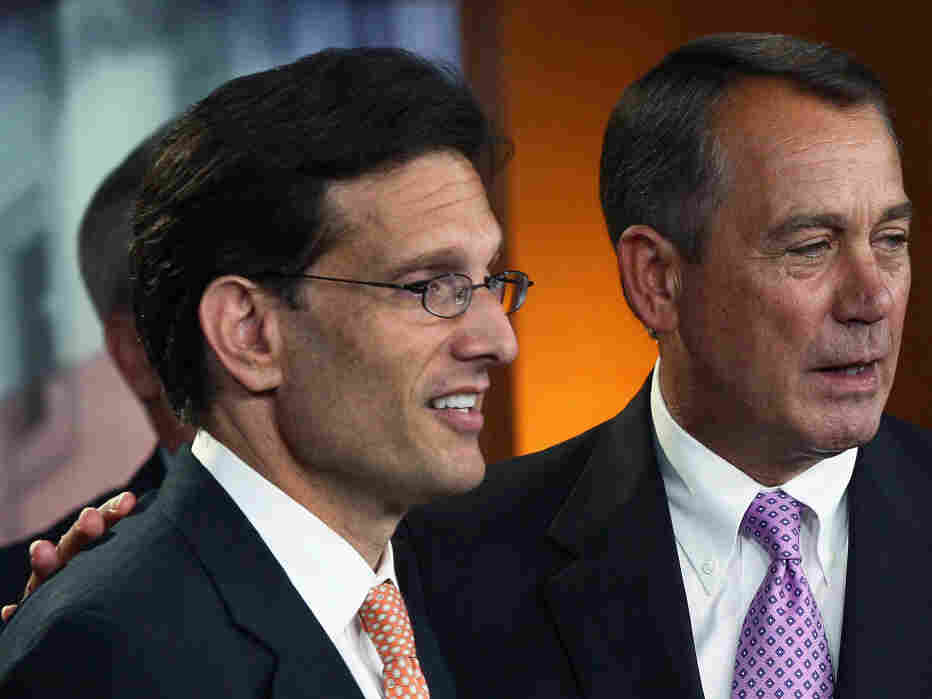 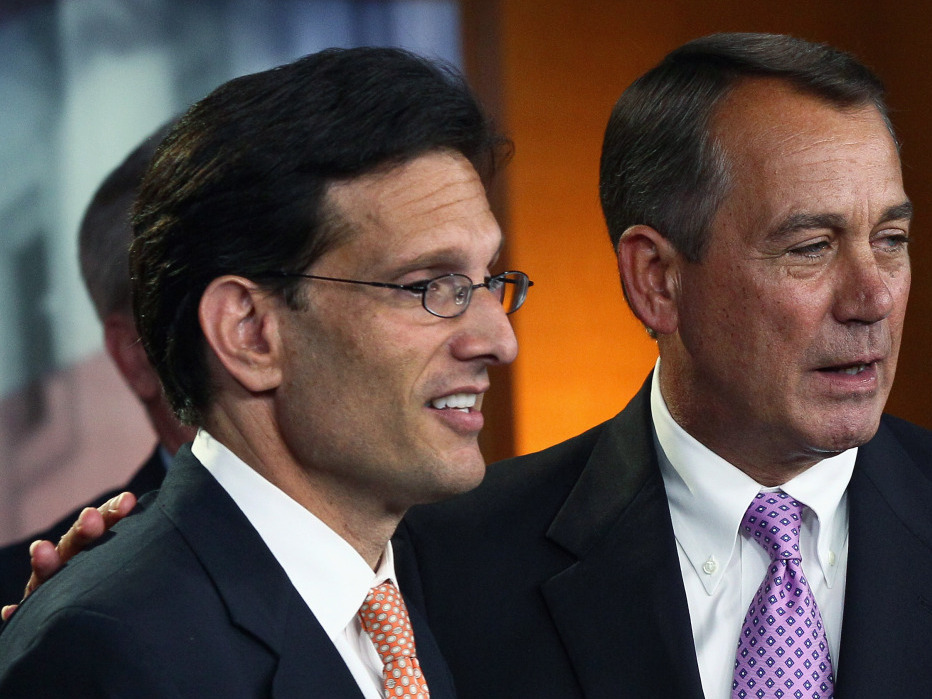 House Majority Leader Eric Cantor of Virginia came under heavy criticism Thursday as Democrats portrayed him as being more of a hindrance than anything else in the effort to reach a deal to raise the federal debt-ceiling.

He had nothing good to say about Cantor, however. He even cited criticisms from anonymous Republicans of Cantor to show his own criticism wasn't partisan:

Meanwhile, House Majority Leader Eric Cantor has shown that he's shouldn't even be at the table. And Republicans agree.

One House Republican told Politico: "He lost a lot of credibility when he walked away from the table ... It was childish."

Another Republican said Cantor is putting himself first. He said this: "He's all about Eric."

The time for personal gain and political posturing is over. It's time to put our economy and our country first.

SCHUMER: And it's time for Leader Cantor to make some concessions. He's the only one at the table who hasn't yet. Speaker Boehner entertained the grand bargain President Obama offered. Even Leader McConnell has put a proposal on the table that least recognizes the urgent need to avoid default. Leader Cantor has yet to make a constructive contribution to these discussions. More than anything else, he is holding up an agreement at this point.

At a news conference to discuss their side of the debt-ceiling talks, Boehner and Cantor attempted to show they were comrades-in-arms. Boehner even used a battlefield metaphor and put his arm around Cantor:

BOEHNER: "Let me just say that we have been in this fight together. And any suggestion that the role that Eric has played in these meetings has been anything less than helpful is just ridiculous. We're in a foxhole.

"I'm glad that Eric's there, and those that have other opinions should just keep them to themselves."

For his part, Cantor said:

"The Speaker and I have consistently been on the same page. It's just as he laid out in terms of the principles we are operating under, that our conference is behind... that we're not going to raise the debt ceiling if we don't have cuts in excess of that amount, that we don't want to raise taxes and that we structurally change the system so that we stop this from ever happening again."

As Russell Berman reported for The Hill newspaper, there've been reports that the two men have an uneasy relationship with each viewing the other as undermining him:

Private tensions between the two have reportedly grown since Cantor objected to a potential "grand bargain" that Boehner was negotiating secretly with Obama. Shortly after Cantor signaled his opposition, Boehner dropped the effort.

The question-and-answer period of the press conference had begun awkwardly for the two leaders, offering a visual reminder of Cantor's heightened role in the current negotiations. As Boehner began walking to the lectern to take the traditional first question, reporters instead shouted questions at Cantor, prompting the Speaker to let out a laugh and return to his spot with the other Republicans. Cantor then assumed the lectern to answer the initial question.