Accessibility links
Fiercely Pro-Business Group's Influence On Statehouses Draws Scrutiny : It's All Politics Several news organizations have taken a closer look at an organization, the American Legislative Exchange Council, that has been exerting its influence on state lawmakers in an effort to get similar if not identical pro-business laws enacted around the nation. 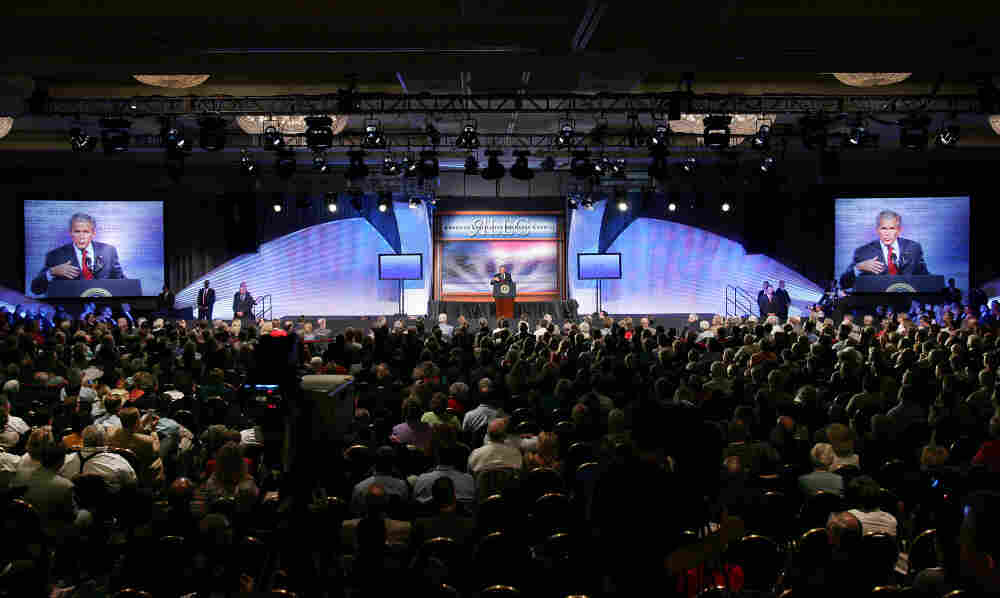 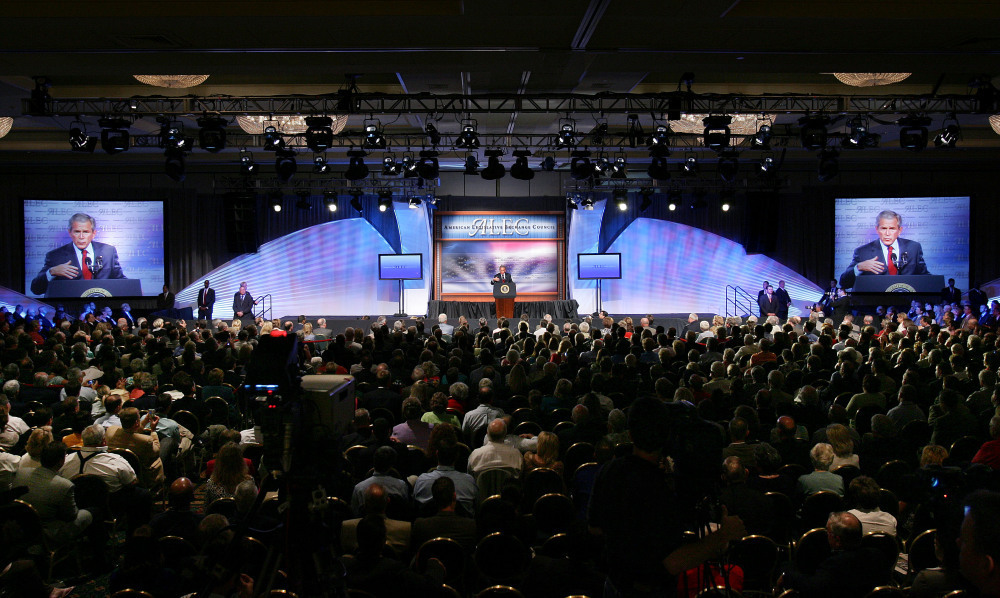 Several news organizations have taken a closer look at an organization, the American Legislative Exchange Council, that has been exerting its influence on state lawmakers in an effort to get similar if not identical pro-business laws enacted around the nation.

Attention is being paid to ALEC now because an organization insider, concerned about some of the non-profit group's activities, passed internal documents to a watchdog group, the Center for Media and Democracy which, in turn, invited the media outlets to review the documents.

Terry Gross, host of Fresh Air, produced by NPR member station WHYY, interviewed journalist John Nichols of The Nation who had a chance to comb through the documents.

An excerpt of a web story based on Terry's interview with Nichols:

Nichols, a political reporter for The Nation, recently wrote the introduction and co-authored two in a series of articles about the relationship that state-based legislators have with a group called the American Legislative Exchange Council (ALEC). ALEC is a group that brings together state legislators and representatives of corporations to draft model bills that can then be introduced at the state level of government. An archive of ALEC documents was recently leaked to the Center for Media and Democracy.

"All of those pieces of legislation and those resolutions [in the documents] really err toward a goal, and that goal is the advancement of an agenda that seems to be dictated at almost every turn by multinational corporations," Nichols tells Fresh Air's Terry Gross. "It's to clear the way for lower taxes, less regulation, a lot of protection against lawsuits, [and] ALEC is very, very active in [the] opening up of areas via privatization for corporations to make more money, particularly in places you might not usually expect like public education."

Terry also spoke with Louisiana Rep. Noble Ellington, a Republican, who is ALEC's national chairman in an interview that at times got a little testy. Ellington took exception to Terry when she asked him why corporations got a seat at the table with ALEC but unions and teachers didn't.

All in all, it's an important topic that isn't getting as much attention as it should since state government isn't usually viewed as having the cachet of Washington.

Bloomberg News is another news organization reporting on ALEC and its influence in state capitols around the country.

Koch Industries Inc. and Exxon Mobil Corp. (XOM) are among companies that would benefit from almost identical energy legislation introduced in state capitals from Oregon to New Mexico to New Hampshire — and that's by design.

The energy companies helped write the legislation at a meeting organized by a group they finance, the American Legislative Exchange Council, a Washington-based policy institute known as ALEC.

The corporations, both ALEC members, took a seat at the legislative drafting table beside elected officials and policy analysts by paying a fee between $3,000 and $10,000, according to documents obtained by Bloomberg News.

What seems be going on is that large corporations are trying to get states to provide what they have often sought from the federal government — a consistent national landscape of regulations and laws across the nation.

In numerous instances, companies have pushed for federal laws and regulations that pre-empt state laws to achieve that consistency. It's usually less expensive for a company to adhere to a single set of rules than 50 different sets of rules. And if the federal law is actually less onerous for businesses than some of the state laws, all the better.

But model legislation that can be enacted in cookie cutter fashion in the various states would serve the same role.

Again, these are stories well worth spending some time with.