Accessibility links
Is There A Debt-Ceiling Deal: Yes And No : It's All Politics The deal the president has accepted appears likely to be acceptable to a Senate majority of 60. But the House is a bigger question.

Is There A Debt-Ceiling Deal: Yes And No

Is There A Debt-Ceiling Deal: Yes And No 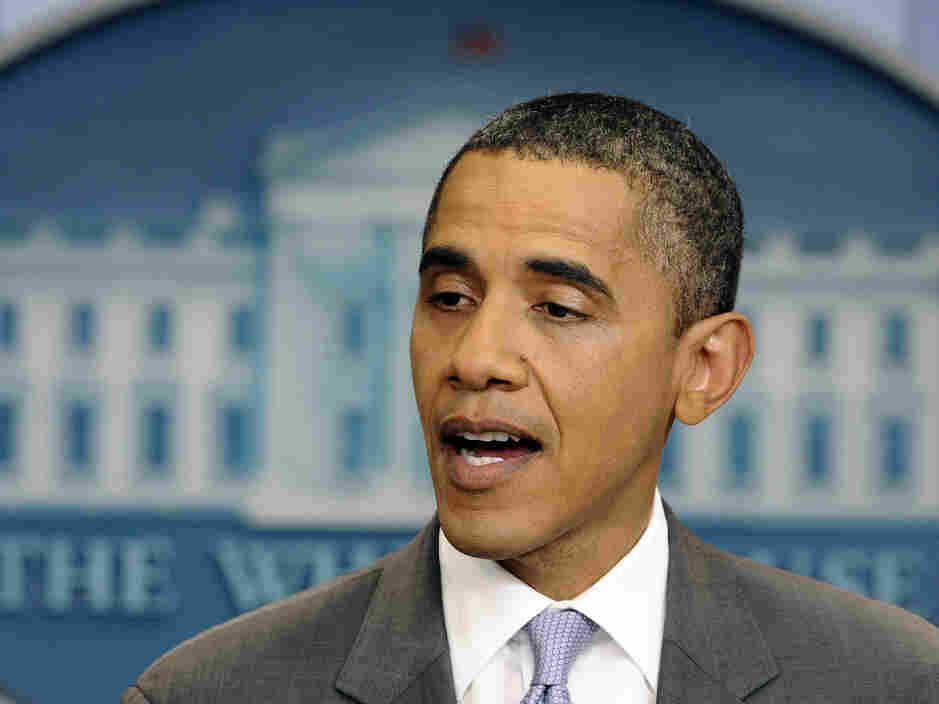 Do we have a deal? It's still a yes and no situation.

The deal the president has accepted appears likely to be acceptable to a Senate majority of 60 as well. The mood in the Senate tonight was buoyant before adjournment. They did not vote, however.

The two party caucuses will meet tomorrow morning. Majority Leader Harry Reid is expected to have all or nearly all of the 51 Democrats and at least one independent (Joe Lieberman). The other independent, Bernie Sanders of Vermont, may be more of a question mark.

Senate Minority Leader Mitch McConnell is on board personally, having effectuated the breakthrough in talks with Vice President Joe Biden on Saturday and carried the ball further with Reid today. The thought is that he will bring along enough other Republican votes to reach 60, close off debate and move the plan to the House.

The House is a bigger question. Nancy Pelosi and Speaker John Boehner may have agreed with the president; their respective parties have yet to do so. Democrats are unhappy about being taken for granted, and many want to vote no on this plan.

There are no revenues in it, and all of the pain is on the spending side, with a clear sense that this round and the next round will be much the same in that regard and that every future increase in the debt ceiling will bring another major squeeze on beneficiaries of government programs. There is a sense among progressives that their agenda has been sold down the river by the president and by the majority Democrats in the Senate.

Beyond that lies a potentially greater problem: the same GOP core members, many of them freshmen, who resisted the Boehner plan for three days last week and nearly vitiated his speakership.

They want the Balanced Budget Amendment in the deal, and they want more than a vote on the amendment — they want a guarantee of its passage by two-thirds vote in House and Senate. Otherwise they won't vote for any further increase in the debt limit, period.

(One House Republican, Paul Broun of Georgia, has even proposed lowering the debt ceiling by a $1 trillion or so. And he's not even one of the freshmen. He's a family physician who is 65 and in his third term in the House.)

There will likely be an effort in the GOP conference to resist bringing the deal to come to the floor. If they can do that, they can block the deal and force the deadline to pass. There is a sizable group within the House GOP that is willing to do this, and which denies either 1) that default will happen, or 2) that default is the worst outcome from all of this.

So Boehner has a large task. And he does not have as much time as he had last week.

A quick summary of the plan:

The debt ceiling is raised by about $1 trillion now. The House and Senate enact a series of spending cuts worth about the same. Next year, the ceiling goes up another $1.8 trillion while a committee of 12 members of Congress, half from each party, negotiate another $1.8 trillion in deficit reduction.

If they don't, an automatic mechanism kicks in that would make cuts both parties find unacceptable. As we understand the deal, the second and larger increase in the debt ceiling takes place even if the Congress is still struggling with the second round of deficit reduction.

The plan also includes that "Plan B" business McConnell proposed earlier, whereby the president asks for a higher debt ceiling, Congress disapproves, the president vetoes their disapproval and the Congress fails to override his veto. I am not making this up.