Accessibility links
If Debt Ceiling Pact Is Voted Down, How About Trillion-Dollar Coins Idea? : It's All Politics If Congress fails to pass the debt-ceiling bill, what then? Is there anything left in President Obama's bag of tricks, that is, beyond the 14th Amendment lever which he has indicated he won't use? One fascinating possibility involves the president ordering the minting of two platinum coins, each valued at trillion dollars, and then depositing them in the U.S. Treasury.

If Debt Ceiling Pact Is Voted Down, How About Trillion-Dollar Coins Idea?

If Debt Ceiling Pact Is Voted Down, How About Trillion-Dollar Coins Idea? 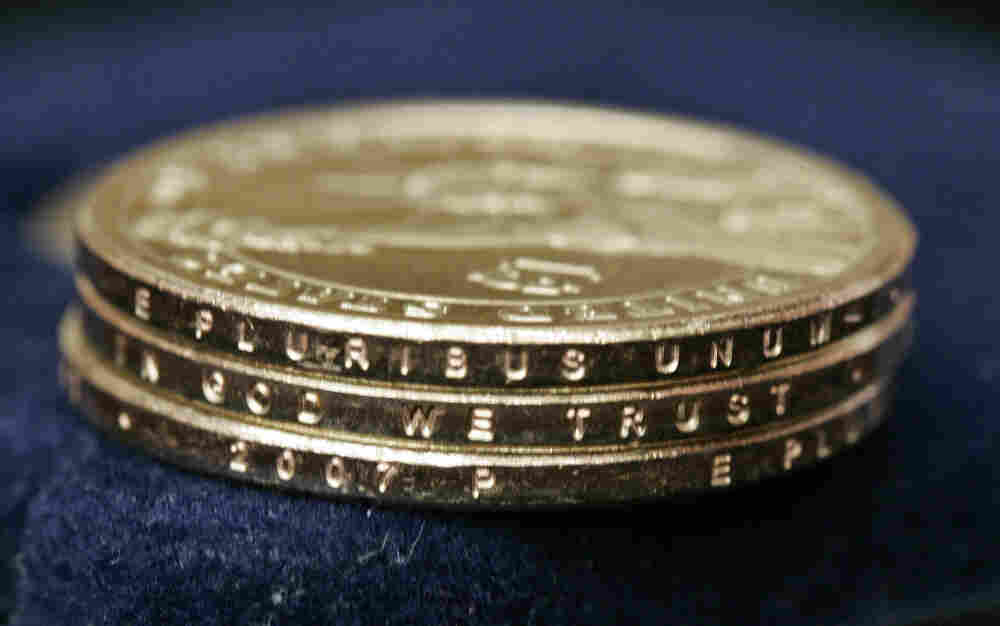 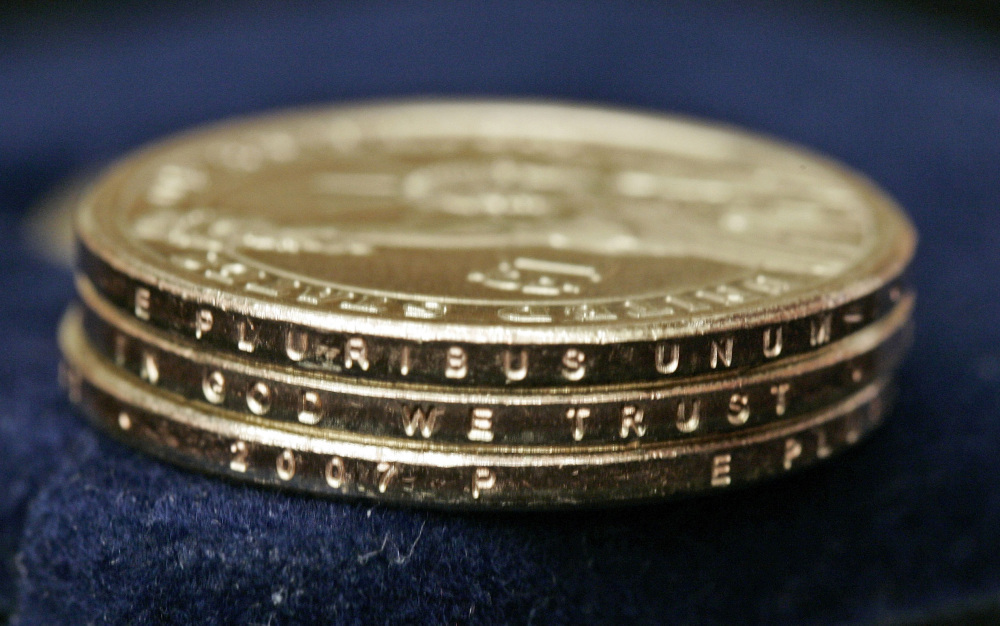 If Congress fails to pass the debt-ceiling bill, what then? Is there anything left in President Obama's bag of tricks, that is, beyond the 14th Amendment lever which he has indicated he won't use?

One of the more fascinating possibilities would involve the president ordering the minting of two platinum coins, each valued at one trillion dollars, and then depositing them in the U.S. Treasury so that checks could be written against them.

There's been some attention paid to this idea on the web — including on some survivalist sites — but still many people haven't heard about it.

Jack Balkin, a Yale University law professor, explained a bit more about how this would work in an essay on CNN.com:

Sovereign governments such as the United States can print new money. However, there's a statutory limit to the amount of paper currency that can be in circulation at any one time.

Ironically, there's no similar limit on the amount of coinage. A little-known statute gives the secretary of the Treasury the authority to issue platinum coins in any denomination. So some commentators have suggested that the Treasury create two $1 trillion coins, deposit them in its account in the Federal Reserve and write checks on the proceeds.

Crazy, you might say. But no less an economist than Nobel laureate Paul Krugman mentioned it on ABC News' This Week on Sunday.

Of course, he said it with a mischievous smile and acknowledged how bizarre it sounds. Here's his exchange with George Stephanopoulos in which Krugman argued that Obama didn't fight as hard as he could have and the ABC host made the devils' argument:

STEPHANOPOULOS: ... he has fought here. He simply doesn't have the votes.

KRUGMAN: No, he doesn't. He has — he has options. There are — there are — I'm aware of at least four possible legal routes to just regarding the debt ceiling...

STEPHANOPOULOS: You're talking about the 14th Amendment.

KRUGMAN: You can issue — it appears to be legally possible to...

STEPHANOPOULOS: That are worth a trillion dollars each?

KRUGMAN: ... to print — to mint a $2 trillion platinum coin, which is ridiculous, but the whole debate is ridiculous, right? If you've got somebody who's holding the American economy hostage and trying to extort policy concessions that they could never actually pass through Congress and that they could never get past the voters, you go for whatever you can do to stop it. But he won't do that.

Don't like the trillion dollar platinum coin solution? Then what about the exploding option idea?

The government can also raise money through sales: For example, it could sell the Federal Reserve an option to purchase government property for $2 trillion. The Fed would then credit the proceeds to the government's checking account. Once Congress lifts the debt ceiling, the president could buy back the option for a dollar, or the option could simply expire in 90 days. And there are probably other ways that the Fed could achieve a similar result, by analogy to its actions during the 2008 financial crisis, when it made huge loans and purchases to bail out the financial sector.

That's an intriguing idea, too, but I think most people, especially those hard money people out there, would prefer the trillion-dollar coins idea. Imagine losing one of those.