Accessibility links
Despite Ron Paul's Strong Iowa Showing, Media Mum : It's All Politics Even when the GOP congressman succeeds at a level other Republican presidential candidates haven't, he has been mostly ignored. Why aren't the media talking about his chances? 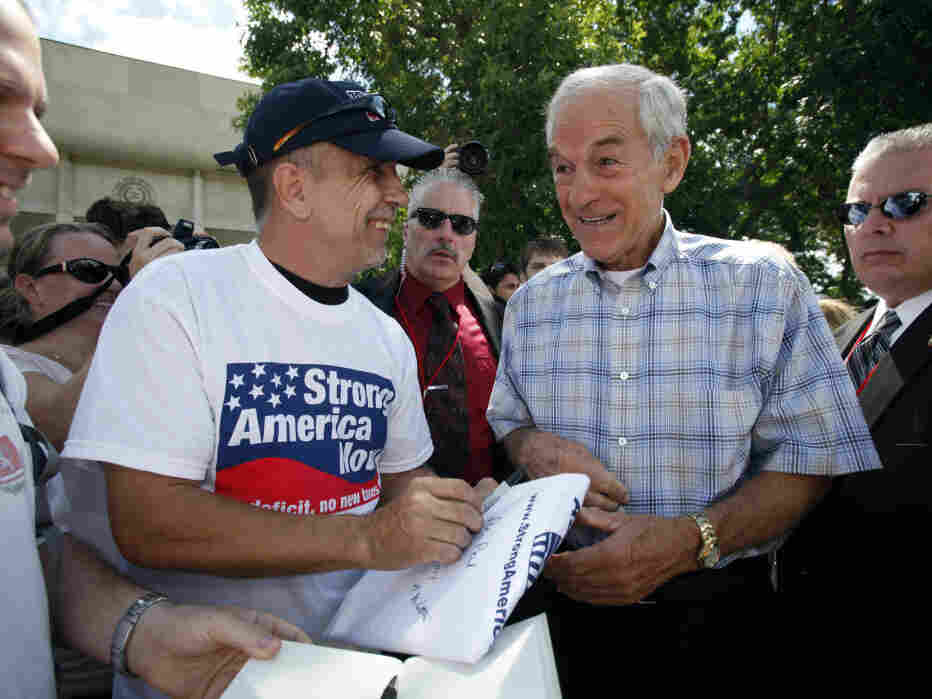 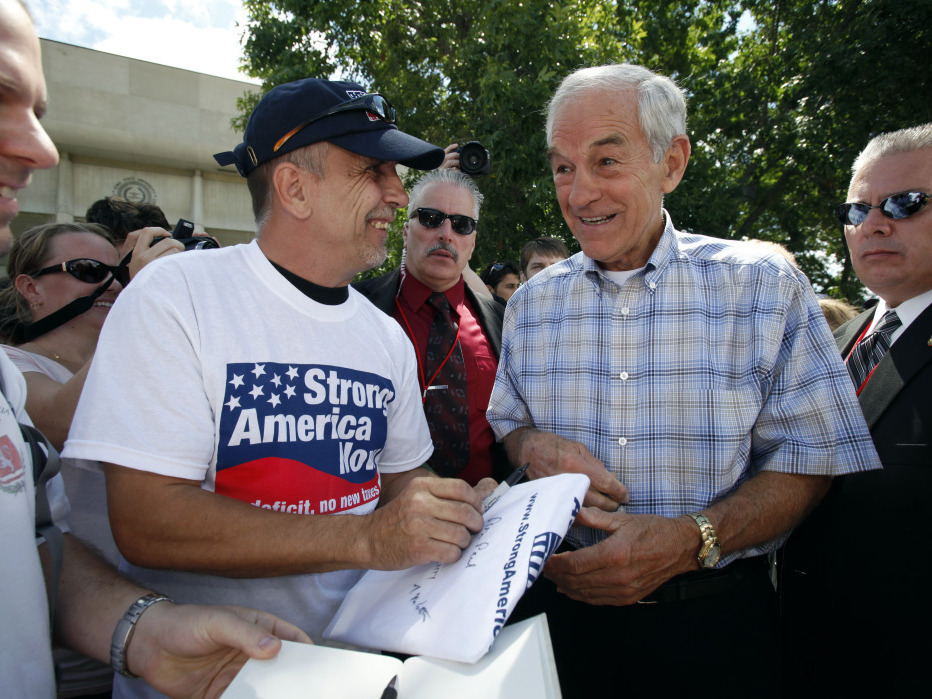 Busted. That's what we in the news media are in the matter of the presidential campaign of Rep. Ron Paul of Texas.

Famous and not so famous critics have pointed out in the past day that journalists for the most part have ignored Paul even when he succeeds at a level other Republican presidential candidates haven't.

As far as many political reporters have been concerned, the congressman might as well be wearing one of those Harry Potter invisibility cloaks. He's there but we apparently can't see him.

For instance, despite putting in a strong second place showing in the Ames Straw Poll in Iowa on Saturday and polling consistently well in polls of voters nationally or in caucus and primary states, the 74-year old Libertarian was mostly ignored.

Tim Pawlenty, the former Minnesota governor, got much more attention for dropping out of the race than Paul did for nearly winning.

As Comedy Central star Jon Stewart put it Monday, sometimes journalists appear to go to extremes to ignore Paul who will turn 76 on Saturday.

Stewart's Daily Show demonstrated how absurd things have gotten by showing a clip of Fox New Channel's Chris Wallace during a post-mortem of the straw poll.

"Rick Santorum! He didn't get half of what Ron Paul got. He lost to the guy who lost so bad (Pawlenty) he dropped out of the race."

It's not only Stewart who cried shame on the news media but a roundly respected and long-time member of the Washington press corps, Roger Simon of Politico.com.

I am far from a Libertarian. I believe big government is swell as long as it does big things to help the common good. But after Ames, it was as if Paul had been sentenced to the Phantom Zone...

And I don't disagree that some of his beliefs — legalizing heroin, the right of states to secede — are strikingly peculiar (though he has been elected to a congressional district in Texas 12 times). But if Bachmann's victory at Ames was good enough to gain her enormous publicity and top-tier status, why was Paul's virtual tie good enough only to relegate him to being ignored?

So what's the answer to Simon's question? The leading reason has to be because most journalists accept the conventional wisdom that Paul can't get Republican nomination.

A number of his views just don't line up well with GOP orthodoxy. And that's true despite how some of his fiscal views anticipated the arrival of the Tea Party.

Paul opposed President George W. Bush's decision to invade Iraq from the start and called for withdrawing U.S. troops from Afghanistan long before other Republicans started talking about that. He clearly sees a much smaller role for the U.S. military in the world.

He can cause some jaws to drop, as he did last week in Iowa, when he takes unorthodox views, like speaking sympathetically of Iran's desire to get a nuclear bomb.

He wants to end the Federal Reserve and put the U.S. back on the gold standard.

Those views are so beyond where the rest of the GOP is, it's hard to imagine Paul winning enough Republican delegates to win the nomination.

Then there's the issue of Paul's supporters. Just like in 2008, they bring a fervor unmatched by other candidates that has led to his success raising cash through money bombs and in having his excited boosters make their presence known at Republican events like CPAC and on the Internet.

Also, this is Paul's third run for the White House and it's not like he came close either time before.

So for some practical reasons Paul gets discounted. He's not seen as a viable candidate when it comes to winning the nomination let alone the general election.

Of course, some would say the same for Bachmann or Santorum.

Bachmann has the novelty factor. She's a new face in national politics and that is certainly a draw. That still doesn't explain why Chris Wallace would mention Santorum and not Paul. That's a headscratcher.

In any event, after the straw poll, Paul should've gotten more media respect just based on the results in Iowa, even if he's a long shot to become the nominee.