Accessibility links
Gallup: Perry Opens 12-Point Lead Over Romney : It's All Politics There really is a new sheriff in town or, more precisely, front-runner in the race for the Republican presidential nomination, and he's Texas Gov. Rick Perry who has opened a 29 percent to 17 percent lead over Mitt Romney with Republican voters, according to a new Gallup Poll. 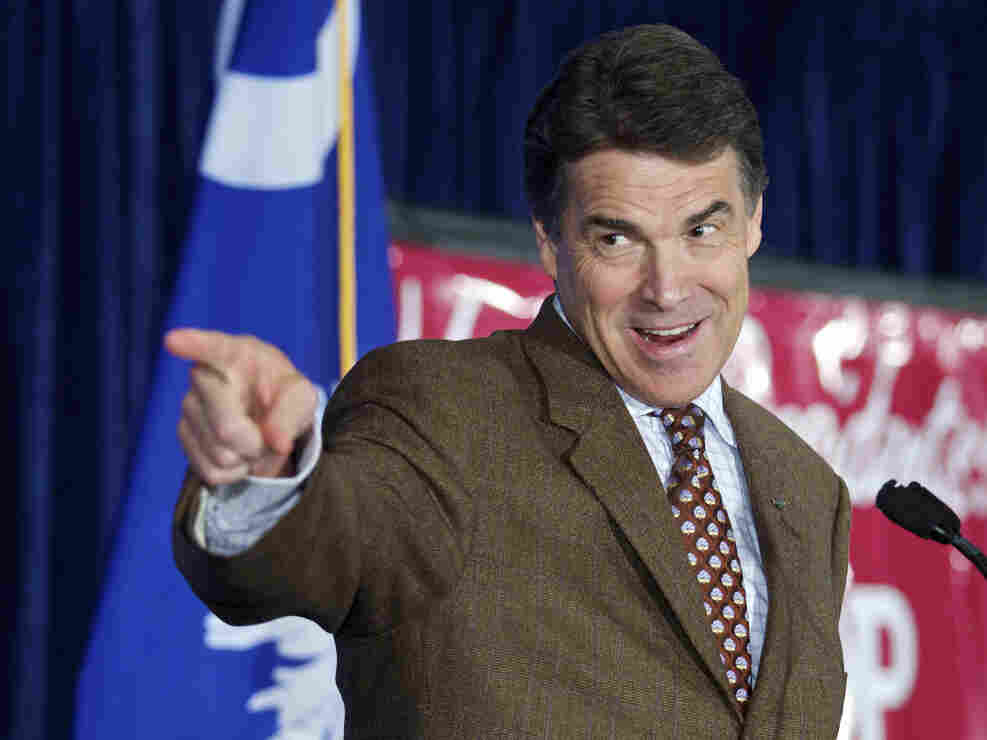 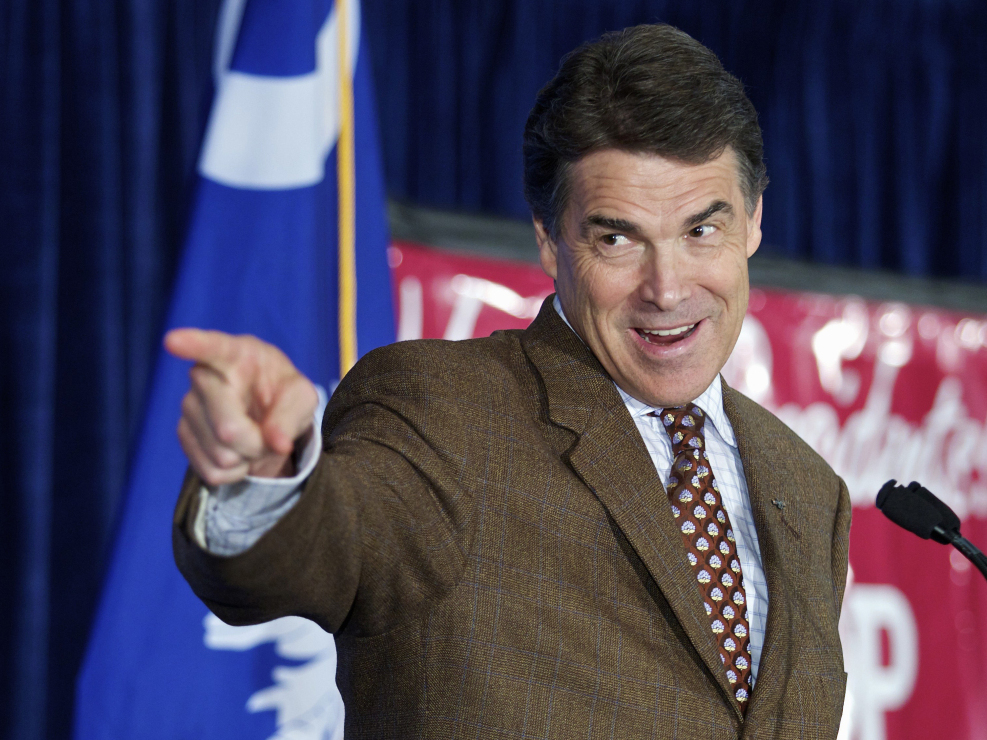 There really is a new sheriff in town or, more precisely, front-runner in the race for the Republican presidential nomination, and he's Texas Gov. Rick Perry, who has opened a 29 percent to 17 percent lead over Mitt Romney with Republican voters, according to a new Gallup Poll.

Another interesting result: Rep. Ron Paul of Texas was in third place with 13 percent, clearly placing him in the vaunted top tier. Rep. Michele Bachmann of Minnesota was in fourth place at 10 percent.

Perry's entry in the race and surge to the lead in Republican voter preference has hugely shaken up the contest, suggesting we could be seeing a knock-down, drag-out battle for the nomination before it's all over.

Perry's significant lead also suggests that Romney can no longer run a GOP front-runner's campaign, looking past his intraparty rivals, striking a pose as his party's inevitable nominee by framing the race as one between himself and President Obama.

Romney's campaign is likely now entering a phase where he will need to persuade Republican voters that he's more electable than Perry. That likely means Romney will need to point out Perry's flaws, a tack that would likely see the Texas governor responding in kind.

And from the perspective of the Republican segment of the electorate, Romney may be seen as a more flawed candidate than Perry.

If you're in Perry's camp, you have to be buoyed by how well your candidate is doing across most voter segments. He has substantial leads over Romney among men and women and across all age groups. He leads in all geographical regions save for one, the East, where Perry is tied.

And, ominously for Romney, Perry is just four points behind Romney with liberal to moderate voters and trails Perry with rare or non-church goers. That is remarkable.

There's obviously time for Romney to make a comeback. Aside from time, one possible hope for Romney is that he might be able to draw significant support from Paul supporters as the contest heads into the primaries and Republican voters focus more intensely on choosing the most electable candidate to go up against an incumbent president.

The Gallup poll echoes an earlier Rasmussen poll which also indicated that Perry had established a double-digit lead over the former Massachusetts governor.

The Gallup Poll suggests that far from hurting himself with GOP voters with controversial comments in which he questioned the scientific basis for evolution and the human role in global warming, Perry is solidifying the support of Republicans and GOP-leaning independents.