Accessibility links
Ron Paul: 'Philosophy Of Liberty And The Constitution' Has Been Vindicated : It's All Politics From financial crises to problems with the wars in Iraq and Afghanistan, Paul said, his warnings about a government that's too big and spending that's out of control have come true.

Ron Paul on 'Talk of the Nation'

16:45
Ron Paul: 'Philosophy Of Liberty And The Constitution' Has Been Vindicated 16:45

Ron Paul: 'Philosophy Of Liberty And The Constitution' Has Been Vindicated

Ron Paul on 'Talk of the Nation' 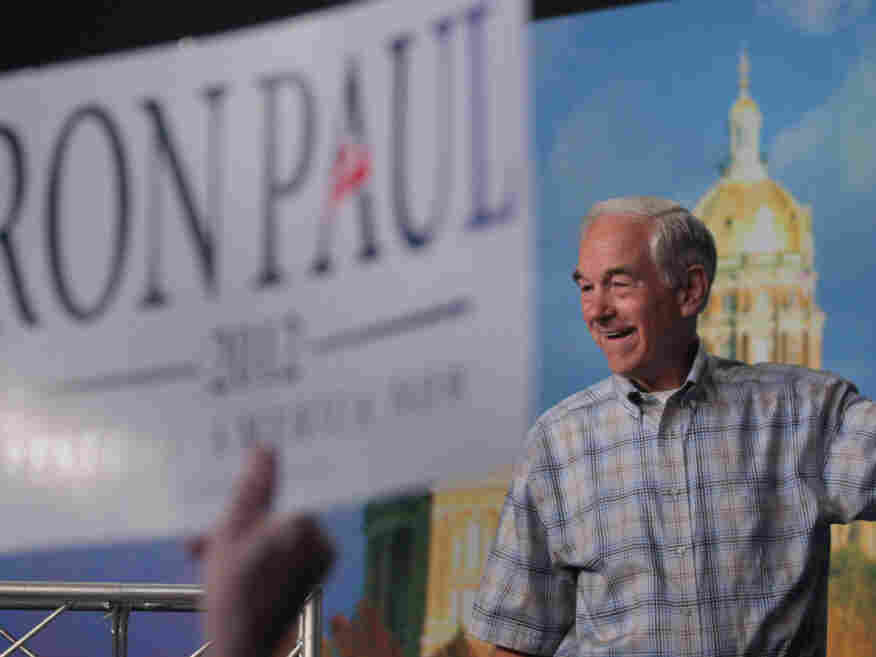 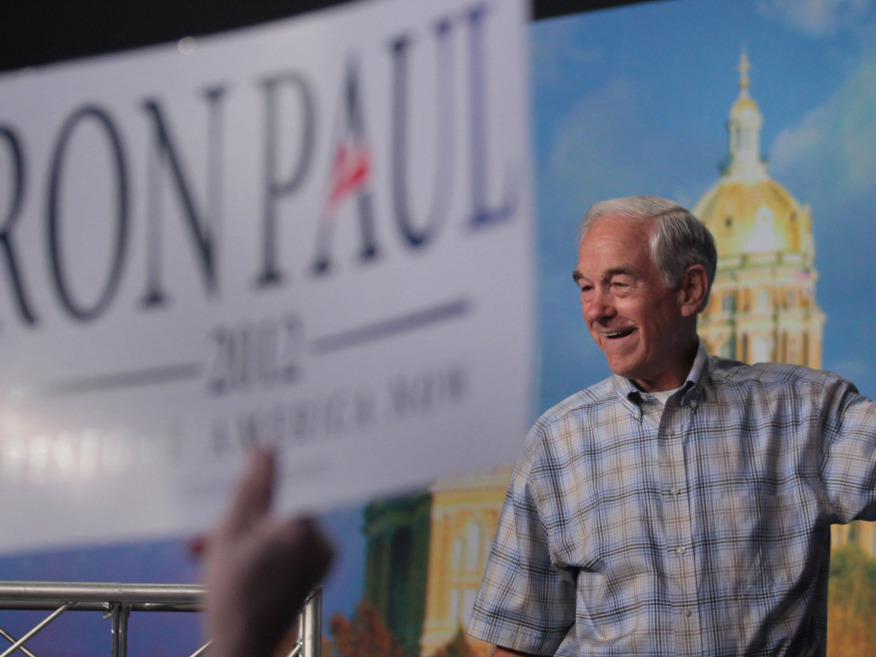 The Republican presidential candidate who's been ignored by many in the news media spent 20 minutes on the air with Talk of the Nation's Neal Conan and Political Junkie Ken Rudin this afternoon.

Rep. Ron Paul of Texas, now making his third presidential bid and a man who you have to say is consistent in what he says and does, told them he thinks his "philosophy of liberty and the Constitution ... has been vindicated to some degree" in recent years.

From financial crises to problems with the wars in Iraq and Afghanistan, Paul said, his warnings about a government that's too big and spending that's out of control have come true. It's other politicians, Paul said, who "get in office and ... pursue global war mongering."

We'll add the audio as soon as it's ready. In the wide-ranging conversation, Paul:

-- Said that as the 10th anniversary of the Sept. 11 attacks approaches, he is "saddened by it all because we haven't changed anything and we've made things much worse." He made the case, as he has before, that there's a "direct correlation" between the presence of U.S. forces in Iraq and other Arab nations and a rise in suicide bombings there and in neighboring regions.

-- Repeated his criticism of the Federal Emergency Management Agency and said that the states should be mostly responsible for the recovery efforts after disasters such as Hurricane Irene. If states' Guard units weren't being deployed overseas to help in "war disasters," Paul said, they would be in better position. He also said that if the U.S. wasn't involved in wars in Afghanistan, Iraq and Libya, the federal government might be able to provide financial support for recovery efforts without adding further to the federal debt.

-- Questioned why the White House has scheduled an address to Congress by President Obama for next Wednesday at 8 p.m. ET, which is exactly when Paul and other GOP candidates are to be debating on MSNBC. "It's very obvious" that the White House picked the time knowing the debate was also then, Paul said.

-- Called Texas Gov. Rick Perry, a fellow GOP presidential contender, a "formidable candidate." But, Paul said, "so many of his political positions are not the same as mine. He noted that in 1988, when Perry was a Democrat, the future governor was an aide in Al Gore's presidential campaign. Paul also said he hasn't met Perry, who has been governor since 2001.

-- Said "the real test" for his campaign will come in January with the Iowa caucuses and New Hampshire primary. "We have support" and can raise money, Paul said.