Accessibility links
What Should Be In Obama's Jobs Plan? Six Ideas That Could Make The List : It's All Politics When President Obama unveils his jobs plan to Congress next week, he'll have to balance his desire for spending on programs that might stimulate the economy against the nation's current appetite for cost-cutting. We examine the pros, cons and politics of six proposals that might make Obama's list.

What Should Be In Obama's Jobs Plan? Six Ideas That Could Make The List

What Should Be In Obama's Jobs Plan? Six Ideas That Could Make The List 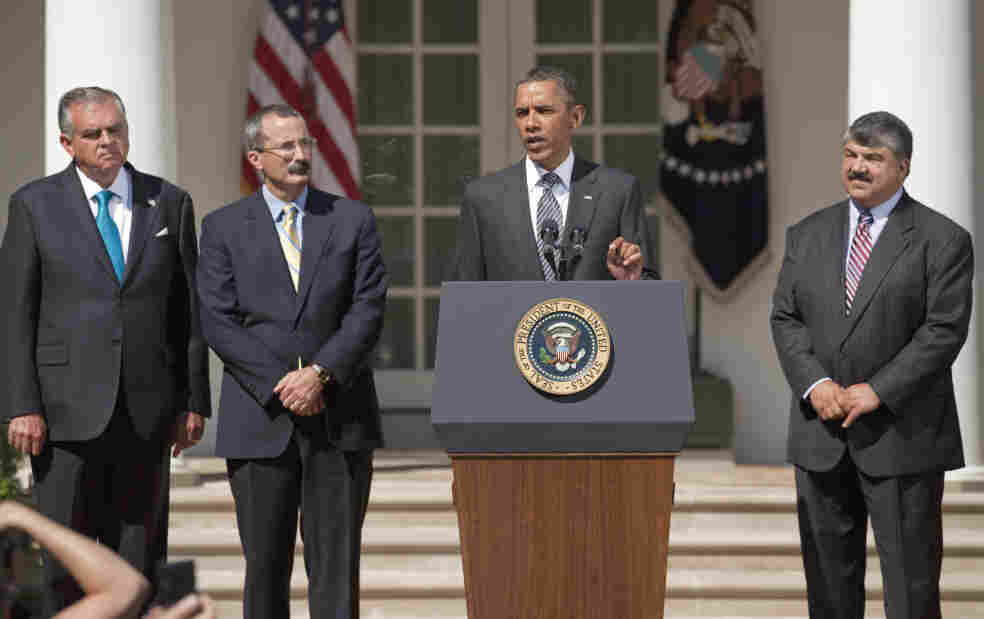 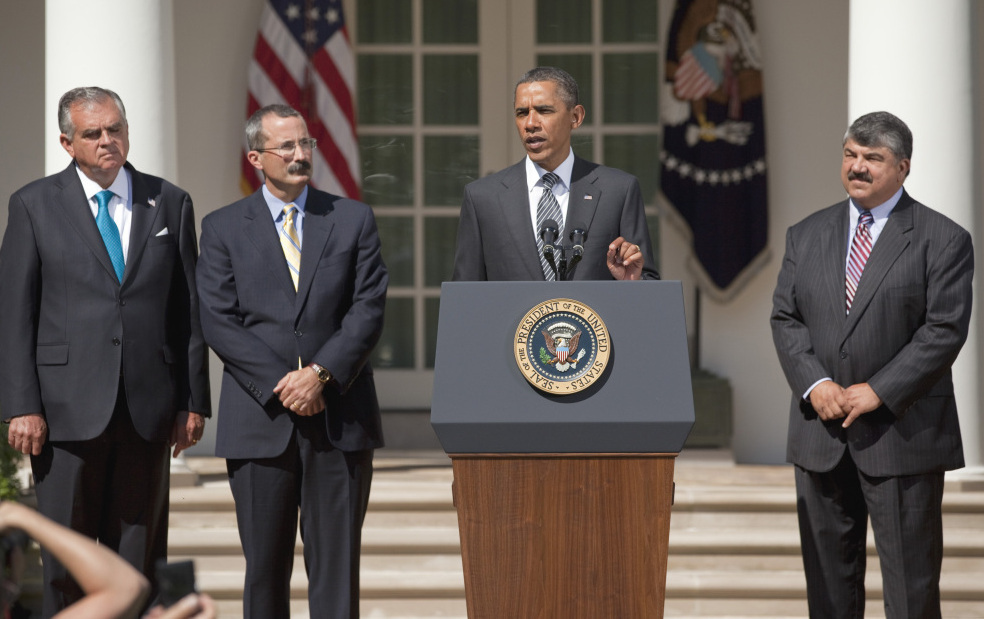 President Obama speaks in the Rose Garden on Wednesday, flanked by U.S. Chamber of Commerce Chief Operating Officer David Chavern (left) and AFL-CIO President Richard Trumka (right). Business groups and unions are just two of the groups Obama will try to please with his jobs plan next week.

When President Obama unveils his jobs plan to Congress next week, he'll have to balance his desire for spending on programs that might stimulate the economy against the nation's current appetite for cost cutting. We examine the pros, cons and politics of six proposals that might make Obama's list:

Extension of the payroll tax "holiday"

Pros: The cut in payroll tax, which funds Social Security, is scheduled to expire on Dec. 31. Proponents say the reduction delivers two benefits: increasing employees' cash flow and, in turn, their spending — which stimulates the economy; and making it cheaper for employers to hire. They also say it helps those who most need the extra cash — and those most likely to spend the savings — because payroll tax burden is disproportionately borne by lower- and middle-income earners.

Cons: The tax cut has yet to measurably stimulate spending or hiring. They also argue that the cut only helps those with jobs rather than the unemployed, who most need the break.

Politics: The White House wants to extend the tax cut for another year as a centerpiece of its economic policy. President Obama has said it puts an extra $1,000, on average, in the pockets of Americans. But Congressional Republicans may object. They complain that the cut adds to the budget deficit and advocate an overhaul of tax policy as a better alterative.

Pros: Puts money in the hands of those who most need it and are most likely to spend it immediately — which helps the private sector, generating increased sales revenue that encourages businesses to hire.

Cons: Increases government spending. Also, some economists say unemployment benefits tend to extend the length of an individual's joblessness (removing their incentive to find work, some critics say). And because employers pay for unemployment benefits, an extension of the payments can discourage hiring.

Politics: The president has asked Congress for another extension and is expected to reiterate the call in his jobs plan. The current extension is set to expire in January. Congress has approved five extensions since 2009, and the move is a popular one among most Americans. But doing so again cuts against the congressional supercommittee that soon will start its work finding spending cuts.

Pros: Tax credits for employers who hire, increase work hours or raise wages. Most economists support the plan as a smart approach that directly spurs job creation. Some economists add that a soundly crafted policy could create a couple million jobs over the next two years.

Cons: Gives tax breaks to employers who would hire anyway, potentially minimizing the impact on the most struggling industries.

Politics: Some liberal lawmakers balk at issuing tax breaks to some employers, particularly in industries that outsource or refuse to bring their overseas profits back to the U.S. (to avoid taxation). But Obama has embraced the approach, as have Republicans.

Pros: Proponents, such as the U.S. Chamber of Commerce, say businesses will save on the huge costs of complying with unnecessary regulations, freeing them to hire more and reinvest in operations.

Also, passing pending trade agreements, the Chamber says, would save about 380,000 jobs and create thousands more in the U.S.

Cons: And many economists say regulatory reform would help but not on a scale great enough to significantly jolt the economy. Regarding trade, economists caution that trade deals that must be evaluated by whether they would increase U.S. exports rather than simply boost U.S. imports — an easier bar to clear.

Politics: Many Democrats say deregulation is a slippery slope and point to the deregulation of the financial industry as a cause of the mortgage meltdown and financial crisis.

Pros: Construction projects that improve roads, bridges, rail and expand mass transit are the lifeblood of any healthy economy, most politicians and economists agree. To that end, the president has asked that Congress reauthorize the Surface Transportation Act, which some economists say would create about 14,000 jobs for every billion dollars spent on such projects.

Cons: Republican lawmakers chafe at the increased spending. The president's budget proposes $556 billion over six years, more than doubling transportation spending over the next decade.

Politics: Even the U.S. Chamber of Commerce, which has attacked most of Obama's economic policies, supports such plans for "rebuilding our economic platform." These projects are politically popular outside Washington because they create jobs at the state and local levels, in both the public and private sectors. The Economic Policy Institute estimates the president's proposal would add 350,000 jobs from over the next years alone.

Pros: Making it easier for struggling homeowners to refinance would reduce foreclosures and lower mortgage payments, putting more money back in people's pockets for spending. Some economists say doing so also would create tens of thousands of jobs.

Cons: Many homeowners owe more than their properties are currently worth and don't qualify to receive the low rates available through refinancing. Relaxing the standards to allow them to refinance anyway might not be popular with banks and underwriters of second mortgages, who are reluctant to refinance riskier borrowers who are more likely to default.

Politics: The White House isn't likely to enact a sweeping program that might benefit riskier borrowers. And the Federal Housing Finance Agency, which regulates Fannie Mae and Freddie Mac, hasn't embraced many such programs. Instead, the White House may expand an existing refinance program that more carefully targets suitable homeowners. The program has helped some 838,000 people refinance, but has been roundly criticized as lacking broad impact — in part because as many as 4 million homeowners appear to have met eligibility requirements but received no assistance.