Accessibility links
Amid Skepticism, Obama Prepares For Jobs Speech : It's All Politics The president's jobs proposal is expected to include a combination of new and extended tax cuts, new spending on public works projects, and assistance for those who've been out of work a long time. But he's dogged by the controversy that surrounds his early stimulus effort. 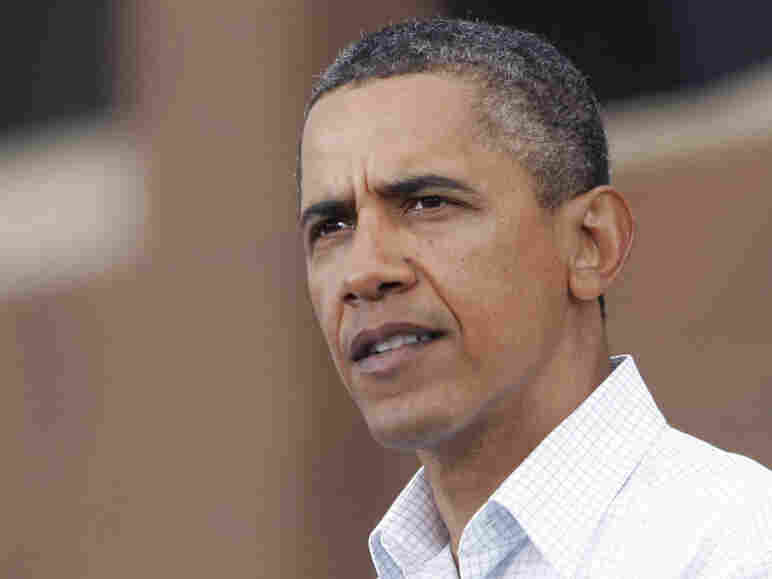 President Obama will attempt a Hail Mary pass when he speaks to a joint session of Congress tonight. He'll be asking for immediate help to boost job growth, after a month in which U.S. hiring came to a virtual standstill.

The president's own job approval rating took a beating after the protracted battle over raising the government's debt ceiling. Consumer confidence also fell last month, along with the government's credit rating.

The president's jobs proposal is expected to include a combination of new and extended tax cuts, new spending on public works projects, and assistance for those who've been out of work a long time.

"What will be very clear is that it would have a meaningful impact on creating jobs over the next 12 to 18 months," said Gene Sperling, director of the president's National Economic Council.

Obama will try to paint congressional opponents of the package as indifferent to the nation's economic suffering. But he's still dogged by the controversy that surrounds his early stimulus effort.

"Many argue that it kept the recession from getting worse," said political analyst Jack Pitney of Claremont McKenna College. "But the perception among many people in the general public is that it didn't have the kind of effect that the president advertised. A lot of people will be listening to this speech and saying, 'You tried this before. It didn't work then. Why would it work now?'"

To be fair, the economy did start growing soon after the stimulus kicked in, and the recent slowdown in hiring came after most of the stimulus was exhausted. Still the White House has made little headway with that argument. And for much of the last year, promoting jobs took a backseat, as official Washington focused on cutting the deficit.

"I think the president and Congress just spent, maybe wasted, a couple of months arguing about the debt ceiling and deficit reduction and talking pretty far past most of the American public," said Jared Bernstein, a former economic adviser to Vice President Biden, who's now with the Center on Budget and Policy Priorities. "Let's talk about the importance of jobs first, and then talk about the medium-term imperative of getting on a sustainable budget path."