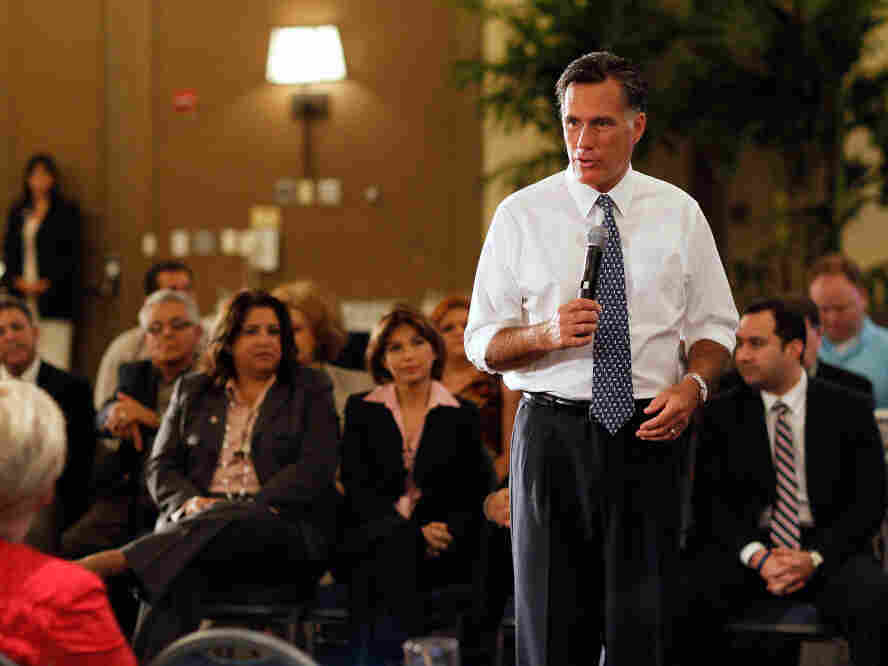 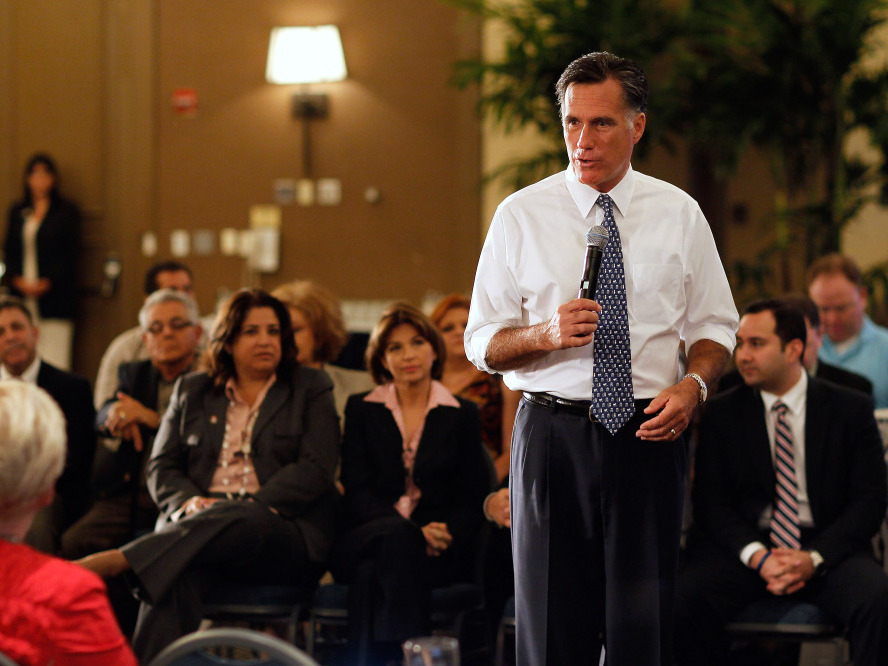 It seems like only yesterday when Mitt Romney could ignore the rest of the Republican presidential field and run a general-election style campaign, going ceaselessly after President Obama.

But he was the frontrunner then. Now that Texas Gov. Rick Perry holds the edge in national polls, Romney has to get him out of the way if he has any hope of winning the nomination and not coming in second as he did in 2008 to Sen. John McCain of Arizona.

Thus, Romney went full tilt against Perry in Florida, as Jeff Zeleny reported on the New York Times' The Caucus blog. And what better issue to attack Perry on than his controversial position on Social Security.

The Florida primary, which comes after several earlier contests next year, could give either one critical momentum and help decide the GOP nominee.

For Romney to have Social Security to use as an issue against Perry in Florida was like the New England Patriots' Tom Brady passing against single coverage.

On the eve of the Google/Fox News debate in Orlando Thursday, Romney focused on Perry's state sovereignty argument that Social Security should be decentralized with the money sent to the states so they could administer the program.

"Would it be Florida's responsibility to meet the Social Security needs of everyone who comes to Florida? Well, that wouldn't work," Mr. Romney said, adding: "Would people choose states to live in, particularly as they get older, based on who had the best Social Security plan? Would you have people move around trying to find better Social Security or a better deal?"

Hmmm. Is it just me or could one ask the same questions about the benefits of a national health care law versus a state a health care law? Substitute the words "health care" for "Social Security" in the above passage and couldn't Romney make the same argument for health care?

Of course, on health care, his position tracks Perry's, that is, that states can better manage matters than the federal government.

Romney then had the kind of moment that makes political reporters attending a candidate's campaign event pinch themselves and ask each other "did he really just say that?"

"I think the American people recognize that we're at a point of crisis and they want to hear the truth. They can tell when people are being phony and are pandering to an audience," Mr. Romney said. "You'll see that in politics. You're not going to see it in my campaign."

Romney, of course, has a reputation, fair or not, as the epitome of the political panderer. That's one reason so many Republican voters were hoping Perry would enter the race, to give them a credible choice other than Romney.

And the suspicion is that the reason Romney has stuck so tightly to the Massachusetts health care law with its individual mandate is because the last thing he wants to do is shift course on another issue, given his track record.