Accessibility links
In Upset, Herman Cain Wins Florida Straw Poll : It's All Politics The former Godfather's Pizza CEO easily beat Rick Perry and Mitt Romney. It's a big victory for Cain, who up until now has not gotten a lot of attention in the race for the GOP presidential nomination, in large part because of his standing in the polls.

In Upset, Herman Cain Comes Out On Top Of Florida Straw Poll

In Upset, Herman Cain Comes Out On Top Of Florida Straw Poll 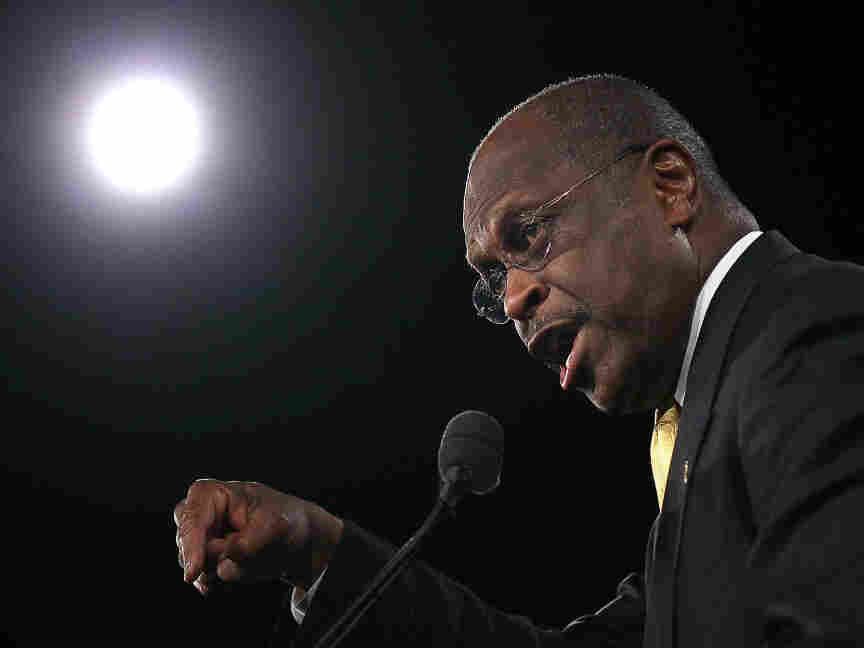 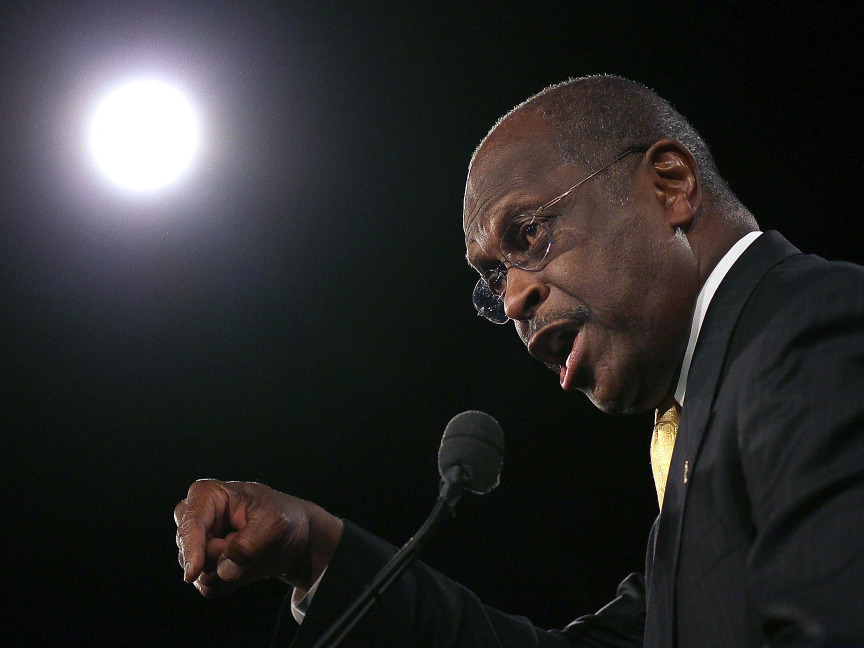 Republican presidential candidate Herman Cain speaks before Florida's straw poll at the Orange County Convention Center in Orlando on Saturday. Cain won the straw poll with 37 percent of the vote.

Perry came in second with 15 percent of the vote; and Romney took third, with 14 percent.

It's a big victory for Cain, who up until now has not gotten a lot of attention in the race, in large part because of his standing in the polls. He's placed fifth or sixth in many polls, although in this week's Quinnipiac poll of Florida voters, he came in fourth — behind Perry, Romney and Sarah Palin (who has not announced she is running but was included in the poll).

I spoke to many delegates over the past three days who said they were impressed with Cain, by his plain talk and common sense, his pledge to run the government like a business and his 9-9-9 plan to replace the current tax code with a national sales tax and a 9 percent flat tax on businesses and individuals.

One Cain supporter, Todd Catella of Orlando, said after the vote he knew many people who switched their vote this week after hearing Cain speak.

"They want to believe in Herman Cain, but have been afraid to because he's been so low on the radar, in the national polls from the press and the media," he said. "But I believe today is going to make a statement that Herman Cain is a force to be reckoned with."

Some of the votes Cain won came from former Perry supporters. Many at this week's event said they were having second thoughts about the Texas governor after he defended his support of a Texas law that extends in-state tuition to children of illegal immigrants.

For Romney, placing third is a respectable finish. Although he appeared in Thursday's debate and spoke yesterday at the CPAC gathering in Orlando, he didn't actively compete in the straw poll.

Neither did Minnesota Congresswoman Michele Bachmann, but she paid a higher price, coming in dead last with just 1.5 percent of the vote.