Accessibility links
Nation Stuck In Stormy Political Pattern : It's All Politics The nation's governance crisis, driven by economic anxiety, is the political equivalent of what meteorologists call a "blocking pattern" where storm systems get stuck over a particular region due to stationary high pressure systems that prevent the turbulent weather from passing along in the normal way. 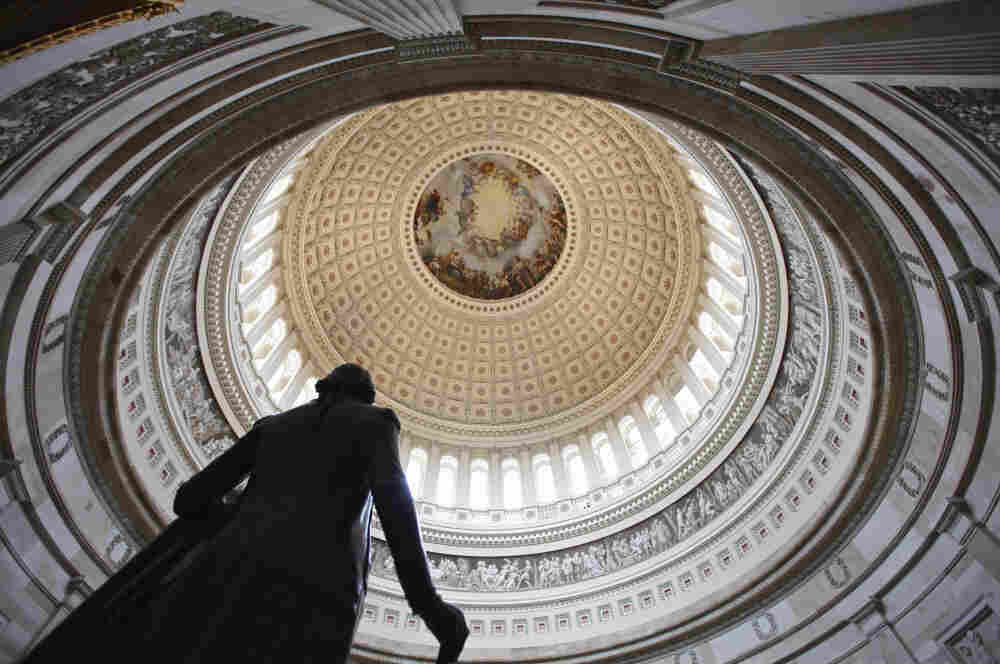 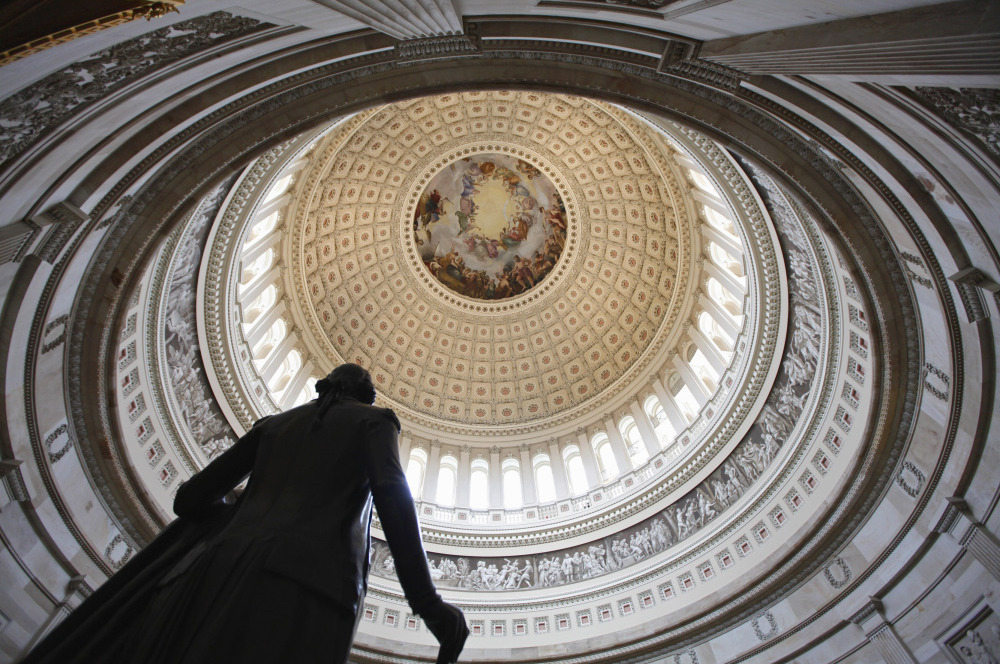 Many Americans view Congress as a disaster, albeit one whose shifting tectonic plates are caused by humans not geology.

So it was probably fitting that FEMA, whose mission is partly to mitigate calamities, stepped in to do just that Monday and rescue the nation's lawmakers from the dire circumstances the policymakers had created.

After the agency learned it had enough money, after all, to continue to fund recovery efforts through the last day of September, the end of the fiscal year, the latest spending battle was defused and the potential grand-scale disruption, the risk of a government shutdown, was averted.

This came after lawmakers, just weeks earlier, brought the nation close to a first ever default in a partisan tug-of-war over raising the debt ceiling and earlier in the year courted another government shutdown. And 2012 still has a good three months left. Who knows what other self-inflicted wounds lie ahead?

That there will be such wounds, is hardly questioned. For the toxic confluence of factors contributing to the current dynamic is fairly well known.

A feckless economy seemingly incapable of creating enough jobs to significantly lower joblessness has left many voters increasingly impatient and in an anti-incumbent mood, ready to listen to someone, anyone offering a halfway plausible solution.

The same miserable economy with all its uncertainties has caused party to retreat to its traditional redoubt. Democrats argue for the government to play an energetic role in supporting the economy and for additional tax revenues. Republicans, for their part, demand cuts in taxes, spending and regulation.

True, it's not all disagreement on policies. Both agree that the deficits and debt have to be addressed. But they disagree hugely on how to get there since Democrats, again, seek additional revenue while many Republicans are adamant that the only path to lower deficits they'll take is spending cuts. The emergence of the Tea Party movement has only strengthened their resolve.

Also, the 2012 election season has officially started. Election years traditionally are periods when little gets done as presidents and lawmakers focus on getting themselves re-elected while giving the other party as few legislative victories as possible.

Then there's a politically weakened President Obama who isn't exactly a lame duck, After all, he has more than a year left in his term as his re-election campaign hits its early stride.

But he has no chance of getting his agenda through the House where Republicans set the tone and not much more in the Senate where the Republican minority can stop pretty much anything it wants to. Rarely has it been truer that a president proposes and Congress disposes than now.

All of this conspires to put us in the political equivalent of what meteorologists call a "blocking pattern" where storm systems get stuck over a particular region due to stationary high pressure systems that prevent the turbulent weather from passing along in the normal way.

Thus, we can safely forecast that there should be another crisis when the continuing resolution passed by the Senate after much partisan wrangling, assuming it's passed by the House next week, expires as scheduled on Nov. 18.

Would anyone be surprised if we then had out third potential-shutdown drama of the year? The regularly threatened shutdown appears close to becoming part of the way business is now done in Washington.

Then, on Nov. 23 the deadline arrives for the congressional super committee of 12 lawmakers evenly split between Democrats and Republicans to produce its plan to reduce deficits over a 10-year window by at least $1.5 trillion. If partisan loyalty keeps them from reaching a majority for action, $1.2 trillion in automatic cuts take place.

That's where matters stand more than a year before the general election. The nation is trapped in a blocking pattern of bad political storms that seem locked in place for the time being.

Nov. 6, 2012, Election Day, could be the day when the political winds shift. But there's no guarantee they will.