Accessibility links
High Court's Health Care Review Could Impact Election : It's All Politics The Affordable Care Act always promised to be a hot button issue in the 2012 presidential campaign. But it promises to loom even larger, now that the Obama administration has asked the Supreme Court to take the case, making very likely a high-court decision in June just months before the general election. 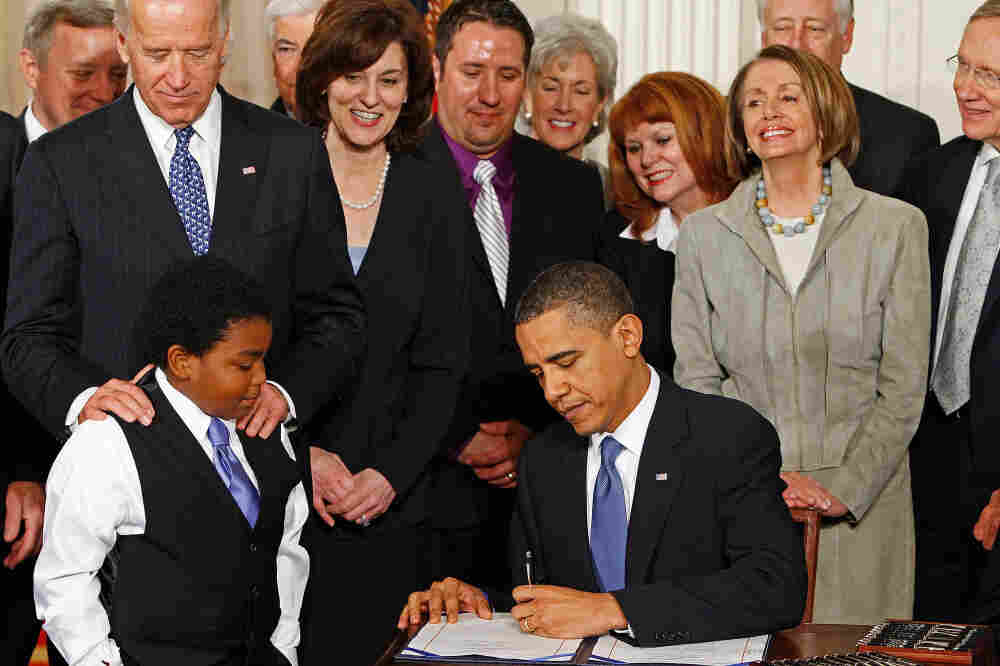 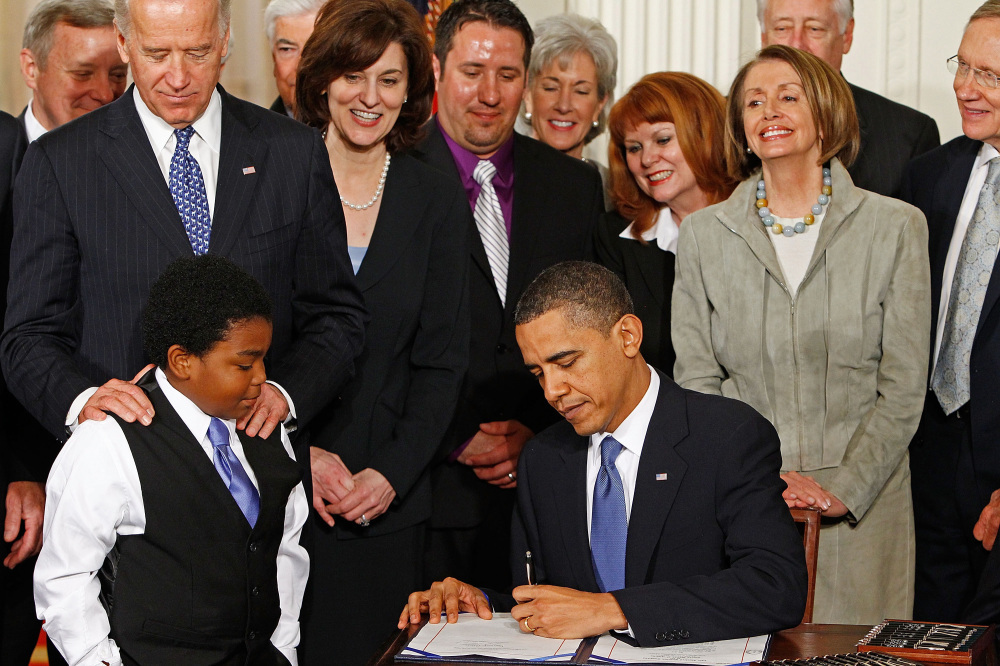 The Affordable Care Act always promised to be a hot-button issue in the 2012 presidential campaign. But it could loom even larger, now that the Obama administration has asked the Supreme Court to take the case, making very likely a high-court decision in June only months before Election Day.

In its request to the Supreme Court, the Justice Department was challenging an August decision by the U.S. Court of Appeals for the 11th Circuit, which struck down as unconstitutional the individual mandate part of the law that requires most people to carry health insurance.

If the Supreme Court agrees to take the case, which experts say is likely since the justices tend to agree to such requests by the administration, a decision would likely come in June. (Opponents of the law — 26 states and the National Federation of Business, which represents small businesses — also asked Wednesday for the high court to weigh in.)

Should the Supreme Court agree with the administration on the individual mandate's constitutionality, that could be a boon for President Obama in his bid for re-election.

A positive decision from a conservative-leaning court could help armor Obama against Republican attacks on him and the law they deride as "Obamacare."

If the high court decides against the administration and strikes down the mandate, it could help energize Obama's Democratic base, strengthening his argument that only he stands in the way of the court becoming even more conservative under a Republican president.

But a Supreme Court decision that ruled the mandate unconstitutional would obviously be good news for Obama's Republican challenger. The Republican argument that the president and the previous Democratic-controlled Congress were guilty of an illegal overreach would have a Supreme Court imprimatur.

And even if the court rules for the Obama administration, Republicans would have the argument that an adverse decision means redoubling their efforts to ensure that Obama wouldn't have the chance to fill any more high court vacancies, especially if they would move the court to the left.