Accessibility links
Romney Withstands Perry Surge To Retake GOP Lead In National Poll : It's All Politics The Massachusetts governor may be back on track to the Republican presidential nomination. His rival from Texas has lost much of his initial luster because of dubious debate performances and controversial stances on at least three issues. 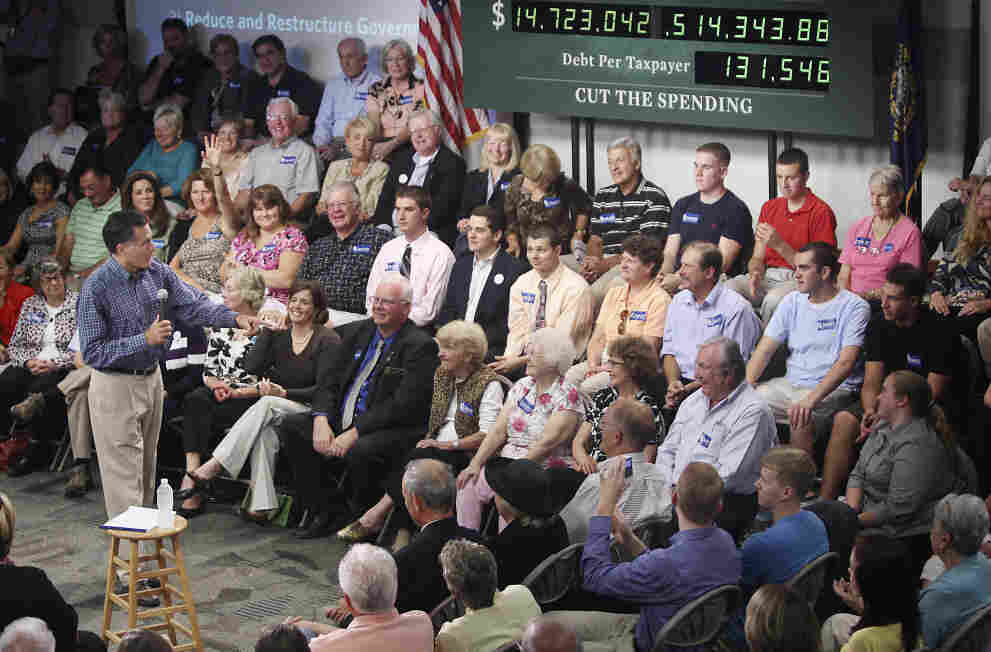 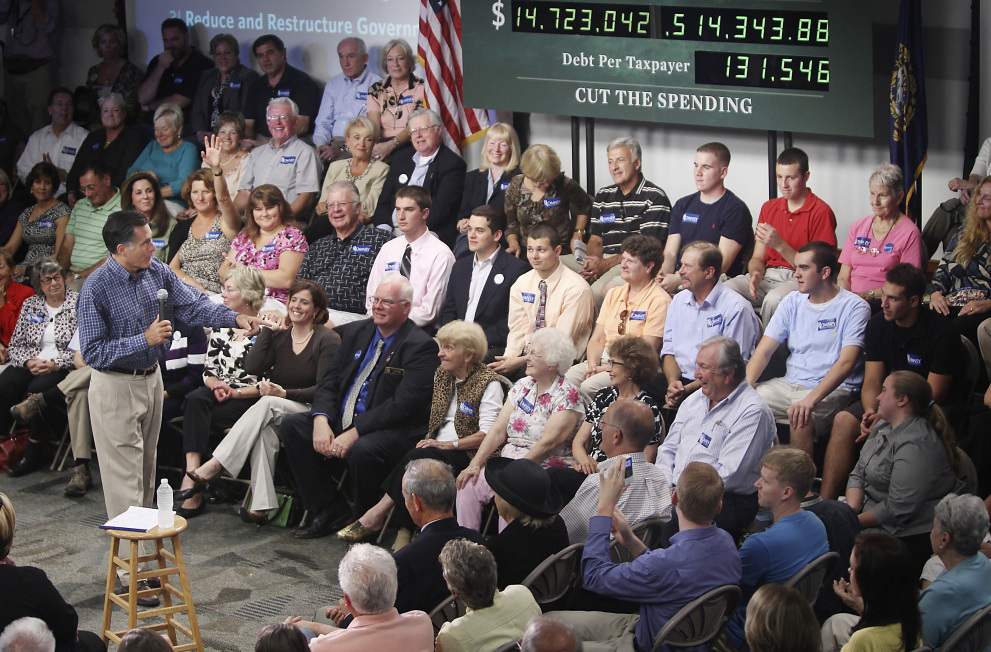 Mitt Romney may be back on track to the Republican presidential nomination.

It's still early and nothing is certain, of course. But the signs are that Romney has resumed what seemed, until a few weeks ago, his steady march towards becoming his party's standard bearer against President Obama in the 2012 presidential race.

If that Obama-Romney race should happen, by the way, Harvard Law School couldn't lose since it would be the first time two of its graduates faced each other as major-party nominees for the White House.

But that's jumping ahead. Romney still must get the nomination and he still has a formidable rival in Texas Gov. Rick Perry to get past.

A new national Fox News poll released Wednesday evening indicated Romney has regained the lead in the race, that he is once again the frontrunner.

The poll placed Romney at 23 percent among Republican primary voters and Perry at 19 percent. And that was despite 17 percent of those surveyed saying they had more in common with Perry while 12 percent chose Romney.

Perry has lost much of his initial luster because of dubious debate performances and controversial stances on at least three issues — Social Security, illegal immigration and the mandatory vaccination of 12-year old girls in Texas with the HPV vaccine. His positions on those three either conflict with conservative orthodoxy or scare the heck out of older voters, many of whom happen to be in the Republican Party.

After Perry entered the race on the same August day as the Ames Straw Poll in Iowa, he immediately vaulted to the front of the presidential contenders in national polls, with some giving him a large, double-digit lead.

Romney, perceived as the choice of the Republican establishment (though Perry has some support there, too), has framed the argument for his candidacy around electability and his experience as businessman.

Romney's case on electability has been especially helped by Perry's criticism of Social Security as a "Ponzi scheme" and accusations that the entitlement's supporters are guilty of a "monstrous lie." Romney, coming at Perry from the left, has hammered the Texas governor relentlessly on this and it appears to have had the desired effect, at least from the former Massachusetts governor's perspective.

Meanwhile, Romney has also used Perry's signing of Texas legislation that provided in-state tuition at the state's public universities to young illegal immigrants as a cudgel to come at Perry from the ideological right.

Romney has scored political points by arguing that not only does that carry with it an implied taxpayer subsidy of $100,000 but that it also provides illegal immigrants with a substantial benefit unavailable to U.S. citizens from other states who attend Texas' public universities.

All this and more, including Perry's stumbling performance in the second half of debates, has caused some Republican pundits who never were big fans of his to begin with, to say that Republicans need to stop wishing for an alternative to Romney and accept that resistance is futile.

Attention, Chris Christie fans. If you are looking for a Republican nominee who could actually do the job of president, who does not repel independent voters, who can survive a 90-minute debate without saying anything foolish, why the hell not Mitt Romney?

For three years, Republican activists, strategists, and donors have tried to find a plausible alternative to Romney, and again and again they have failed. For about 15 minutes, that alternative seemed at last to have materialized in the form of Texas Gov. Rick Perry.

And Joe Scarborough, the former Florida GOP congressman and MSNBC co-host, recently explained why Republican rank-and-file voters tend to chose the proven, more electable candidate every four years in a piece that seemed to say Romney would be the nominee without mentioning his name:

If you're a Northeast elite hoping to crack the code on GOP presidential primaries while impressing your friends at Fifth Avenue dinner parties with insightful political prognostications, always remember one simple rule: Crazy never wins...

Guys like my dad tune out politicians who compare opponents to Joseph Stalin or Adolf Hitler.

And guys like my dad don't cozy up to Texas governors who brag about seceding from the Union or call Social Security unconstitutional.

That's why crazy never wins. It never even comes close.

Both the New York Times and Washington Post have stories with similar themes: Romney may not stir the passions of Republican voters but he holds out the promise of a tested candidate with general-election appeal (he was governor of a liberal New England state after all) to go up against a Democratic president with formidable campaign skills.