Accessibility links
Capitol Hill Democrats Show Solidarity With 'Occupy Wall Street' Protesters : It's All Politics Liberal congressional Democrats may not know exactly what the agenda is of the Occupy Wall Street movement spreading across the nation. Who does? Even the protesters don't all exactly line up behind the same priorities. But some lawmakers are publicly saying they support the protesters who, ike the members of Congress, say everyday Americans have been getting the short end for decades. 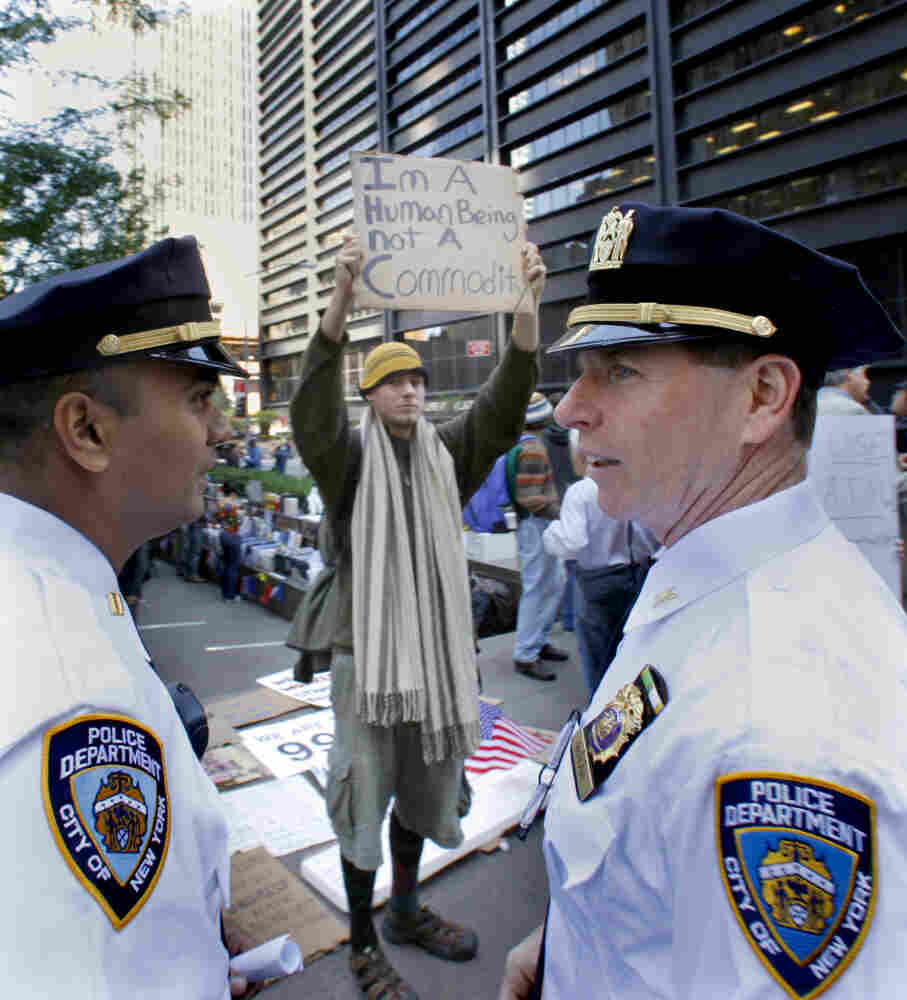 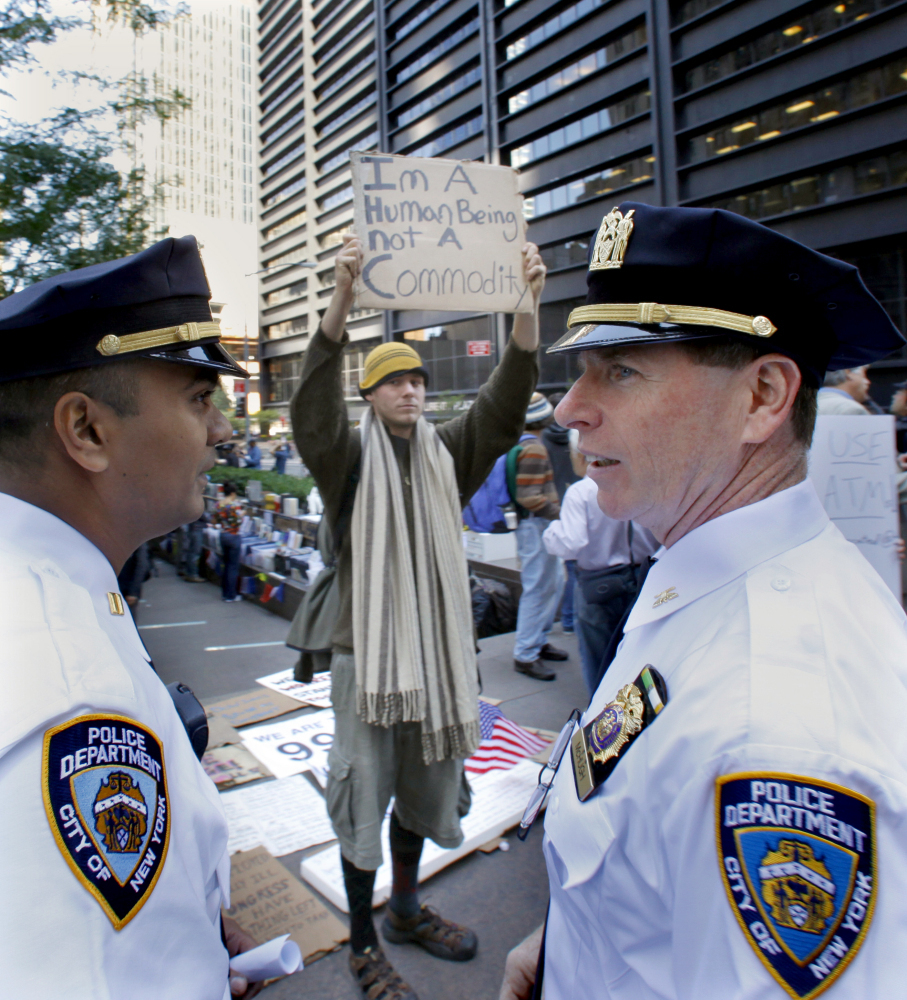 Liberal congressional Democrats may not know exactly what the agenda is of the Occupy Wall Street movement spreading across the nation. Who does? Even the protesters don't all exactly line up behind the same issues.

But many of the protesters are clearly driven by a sense, shared with progressive lawmakers, that everyday Americans have for decades been continually losing ground as a disproportionately larger share of the nation's wealth goes to those at the top of the income pyramid.

Thus, some Capitol Hill Democrats have begun issuing statements in solidarity with the protesters. It's reminiscent of how Republican lawmakers embraced the nascent Tea Party movement in 2009 and 2010.

Democratic lawmakers interpreted the street action as an argument for their priorities of creating jobs through new federal stimulus and raising taxes on the wealthiest to pay the cost of that agenda.

"In New York and across the country, thousands of Americans have taken to the streets, certain of the morality of their message: bringing fairness to Main Street.

"The silent masses aren't so silent anymore. They are fighting to give voice to the struggles that everyday Americans are going through.

"While I don't condone their every action, I applaud their standing up for what they believe in.

"Now is the time for Congress to act to create jobs and provide hope to those whose courage of conviction takes them to the streets."

And from Rep. Louise Slaughter of upstate New York:

"For thirty years, America's middle class has watched its living standards erode while the wealthiest one percent amass fortunes that would make the Robber Barons blush. The gap between the haves and have not's continues to widen in the wake of the 2008 recession, precipitated by the banking industry. Yet we are told we cannot afford to raise taxes on millionaires and billionaires to pay for better roads and help close this deficit? That's not right. It's time for all Americans to pay their fair share. And I'm so proud to see the Occupy Wall Street movement standing up to this rampant corporate greed and peacefully participating in our democracy."

The co-chairs of the Congressional Progressive Caucus, Reps. Raúl M. Grijalva of Arizona and Keith Ellison of Minnesota issued a statement as well:

"We have been inspired by the growing grassroots movements on Wall Street and across the country. We share the anger and frustration of so many Americans who have seen the enormous toll that an unchecked Wall Street has taken on the overwhelming majority of Americans while benefitting the super wealthy. We join the calls for corporate accountability and expanded middle-class opportunity.

"Throughout the summer, CPC Members listened to Americans nationwide describe how it feels to be on the wrong side of the wall between the rich and the rest of us. During the Speakout for Good Jobs Now! tour in New York City, Detroit, Milwaukee, Oakland, Minneapolis, Miami and Seattle, we heard compelling stories of Americans struggling to live the American dream while CEO's and the super rich were given more taxpayer handouts.

"We stand with the American people as they demand corporate accountability and we support their use of peaceful means to improve America."

By expressing their solidarity with the protesters, congressional Democrats are joining the growing wave of establishment progressives announcing their support for the spreading grassroots actions. Organized labor is increasingly expressing its support for Occupy Wall Street, too.

Like the Buffalo Springfield song of the 1960s, progressive lawmakers and union officials seem to be saying: "There's something happening here. What it is ain't exactly clear..."