Accessibility links
Mitt Romney Gets Chris Christie's Endorsement : It's All Politics Back in 2009 when he campaigned to be New Jersey's chief executive, Gov. Chris Christie got help from Mitt Romney who visited the Garden State to campaign for his fellow Republican. On Tuesday, Christie returned the favor by publicly endorsing Romney's bid to be the Republican Party nominee. 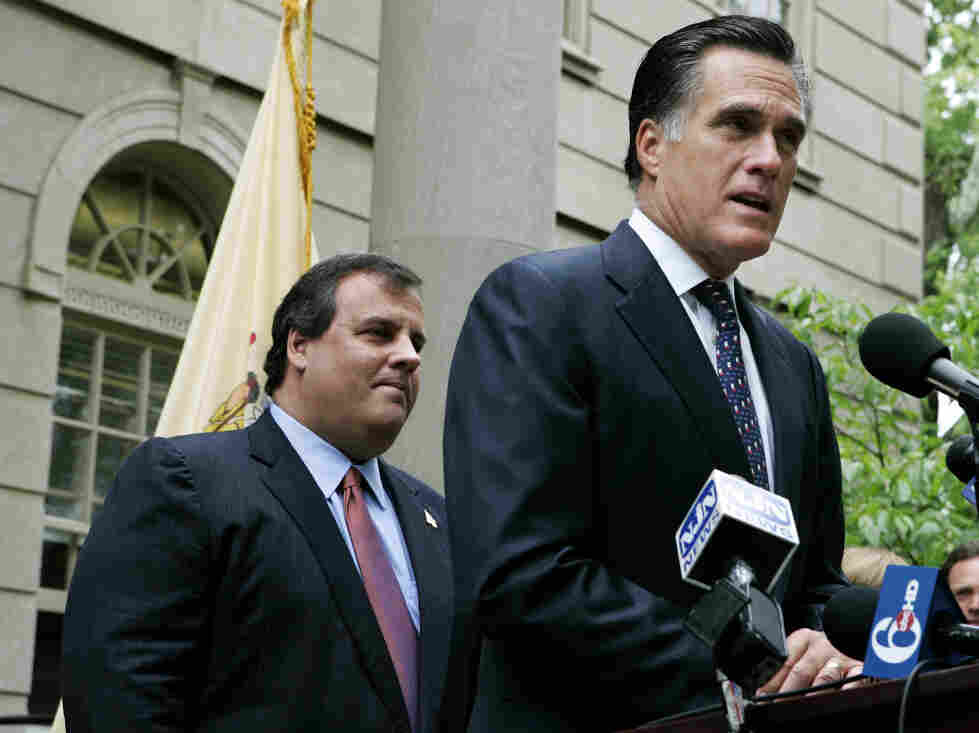 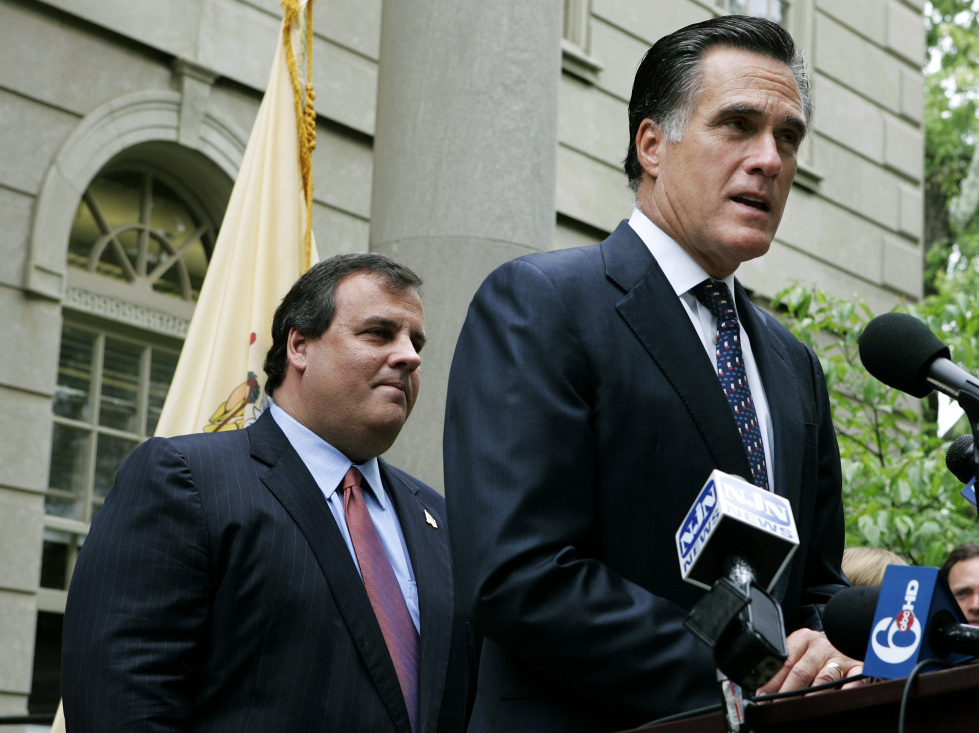 Back in 2009 when he campaigned to be New Jersey's chief executive, then former U.S. prosecutor Chris Christie got help from Mitt Romney who visited the Garden State to endorse his fellow Republican in that state's GOP primary.

So it wasn't particularly surprising that on Tuesday, now-Gov. Christie would return the favor by endorsing Romney's bid to be the Republican Party presidential nominee in an afternoon news conference.

News of Christie's endorsement came just hours before the Republican presidential candidates were to meet in New Hampshire for another debate. Thus, it guaranteed that the debate on the Dartmouth College campus would be somewhat upstaged by the news that perhaps the fastest rising star in the Republican Party was backing Romney.

First public word of the endorsement came just days after Christie added finality to his oft-stated denials that he would not be entering the 2012 presidential race after numerous Republicans, including some big-time money raisers, had asked him to reconsider.

Romney was already beginning to scoop up some of that support from Christie's fans. The New Jersey governor's endorsement meant that the flow of Christie supporters to Romney would probably accelerate.

Though Romney has publicly moved to the ideologically right in recent years as he positioned himself to campaign for the White House, as Massachusetts governor he was more a centrist like Christie on issues such as abortion and gun control.

Indeed, because neither Christie or Romney have portrayed themselves as the voice for evangelical Christians, many observers thought that if Christie had entered the 2012 presidential race, he would have wound up splitting Romney's support by drawing Republicans who view themselves more as conservatives of the corporate and fiscal variety than social.

While Christie's move wasn't a surprise, it certainly added to the sense of inevitability Romney is trying to build that he will be the GOP nominee.

With the primary and caucus season starting just after New Year's Day, anything Romney can do to further weaken the appeal of Texas Gov. Rick Perry to Republican voters he needs to do and sooner rather than later. Locking down Christie's support now is clearly part of that strategy.

And while Perry probably never had much of chance of getting Christie's endorsement so long as Romney was in the hunt, it certainly will be a blow to the Texan to have so many of those money people, especially Wall Streeters, who were holding out for Christie now getting solidly behind Romney.

Furthermore, he now must deal with the popular New Jersey governor campaigning for Romney. Perry's campaign challenges are only growing.

Now speculation is sure to intensify about Christie as a potential vice presidential pick for Romney. Christie has publicly denied any interest, saying he doesn't have the personality to be number two. Of course, almost everyone who becomes the subject of such speculation says the same thing.