Accessibility links
Anita Perry's Telling Defense Of Husband May Explain Much : It's All Politics Anita Perry's defense Thursday of her husband Texas Gov. Rick Perry may provide an important piece of the puzzle that explains the remarkably underwhelming nature of her spouse's presidential campaign.

Anita Perry's Telling Defense Of Husband May Explain Much

Anita Perry's Telling Defense Of Husband May Explain Much 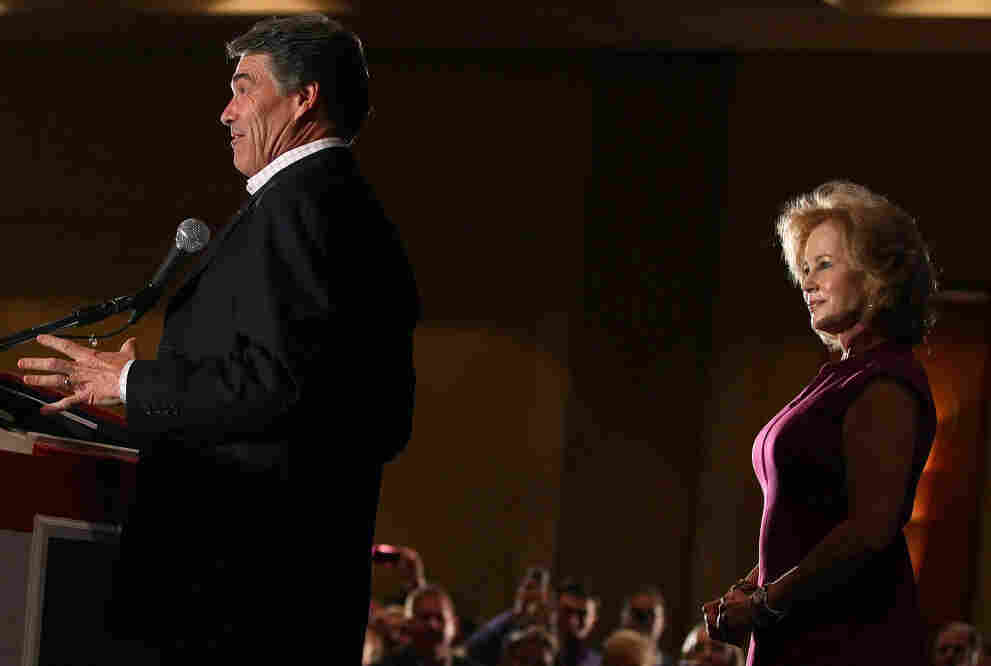 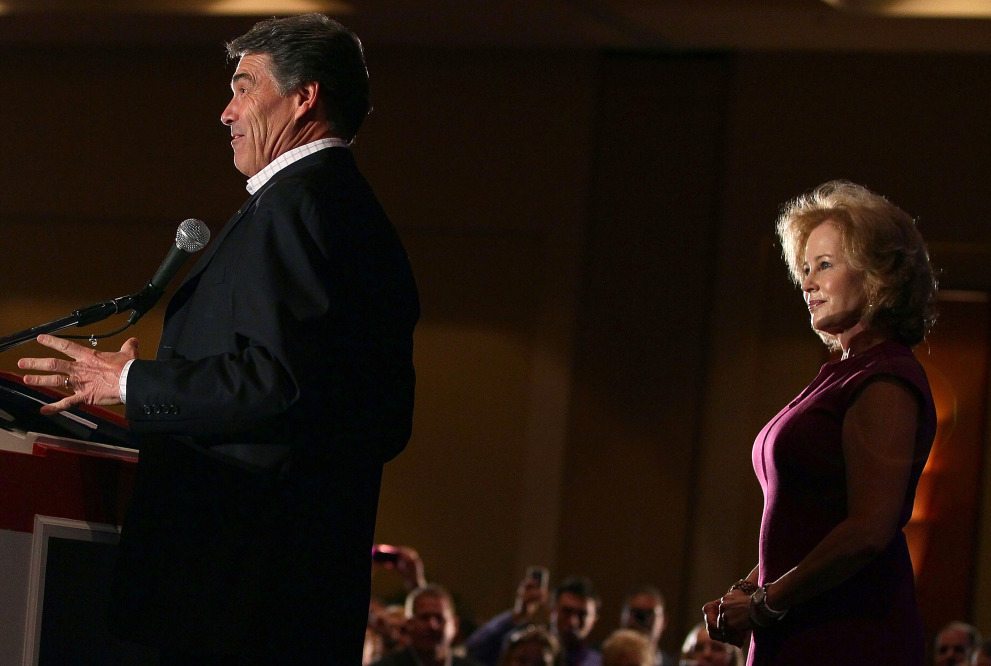 Anita Perry's defense Thursday of her husband Texas Gov. Rick Perry may provide an important piece of the puzzle that explains the remarkably underwhelming nature of her spouse's presidential campaign.

In South Carolina, Anita Perry made it sound like the governor was essentially talked into making the race, perhaps by others but definitely by her.

According to Mrs. Perry, it was she, not her husband, who first heard the divine call that her husband should run for president.

The "burning bush" was a reference to the Old Testament story found in Exodus 3 where God gives Moses his marching orders to tell Pharoah to release the Israelites from Egyptian bondage.

Among the noteworthy aspects of that Old Testament tale, is that it's Moses who gets the divine message directly. It doesn't come via an intermediary like, say, Aaron his older brother.

That's the thing about such callings. They're intensely personal. That's why they're so often marked by such a profound sense of drive and personal mission and willingness to sacrifice.

If Gov. Perry had doubts, which his wife certainly makes it appear was the case, and had to be persuaded to run, that could certainly help explain what looks to many as a lack of preparation for a national campaign. It's been so striking, it's caused some to question whether he really wants to be president.

Mrs. Perry's also said she believes her husband has been attacked for being a conservative Christian.

An excerpt from a report in South Carolina's The State newspaper:

Of the criticism he's received, she said: "So much of that is, I think they look at him because of his faith. He is the only true conservative. ... Well, there are more true conservatives, and they're there for good reason."

That's an interesting complaint since many of those people who have launched the fiercest attacks on him are also people of faith — Mitt Romney, Herman Cain, Michele Bachmann, Rick Santorum.

For his part, Gov. Perry appeared to softpedal his wife's statements during an appearance on the Today show with Matt Lauer. From MSNBC's website:

Though his wife went on the defensive and suggested that he had been negatively singled out in the Republican presidential nomination race for his faith, Texas Gov. Rick Perry said Friday that those arrows slung his way are just part of the normal campaign process.

"Family members always take these campaigns a little more personally than the candidates do. I've been shot at and missed and shot at and hit for 20 years, running for public office," Perry told Matt Lauer in a live interview on TODAY. "Being the chief executive officer of the state of Texas, we have our ups and downs. The fact is, those are just distractions. Americans want to hear a conversation about who is going to get this country back working again and that's what I'm staying focused on."

Meanwhile, Anita Perry has demonstrated the political chops to go on the attack herself.

She said Cain's 9-9-9 tax reform plan makes her "want to call 911" since it will raise taxes. And in defending her husband from the criticisms about his debate performances, alluding to President Obama, she said "We already have a debater in chief. We need a leader in chief."