Accessibility links
Herman Cain Blamed 'Liberal Court' For Jesus' Execution : It's All Politics Now that Herman Cain is getting the attention a major party presidential candidate gets as a frontrunner or close to it, his views are getting a lot more attention. 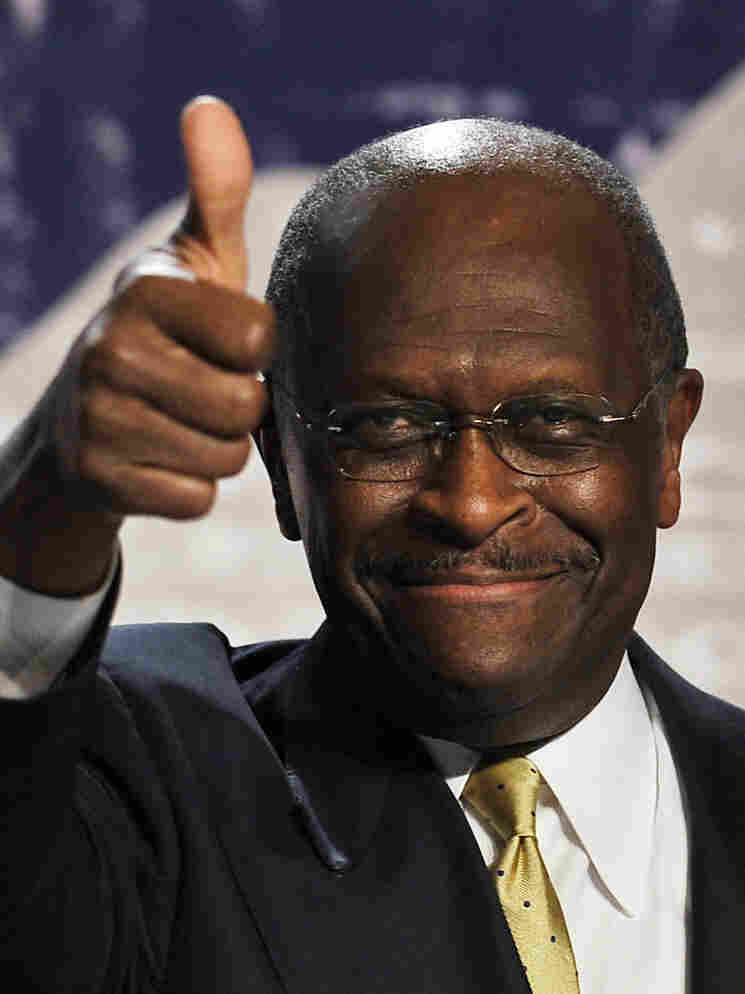 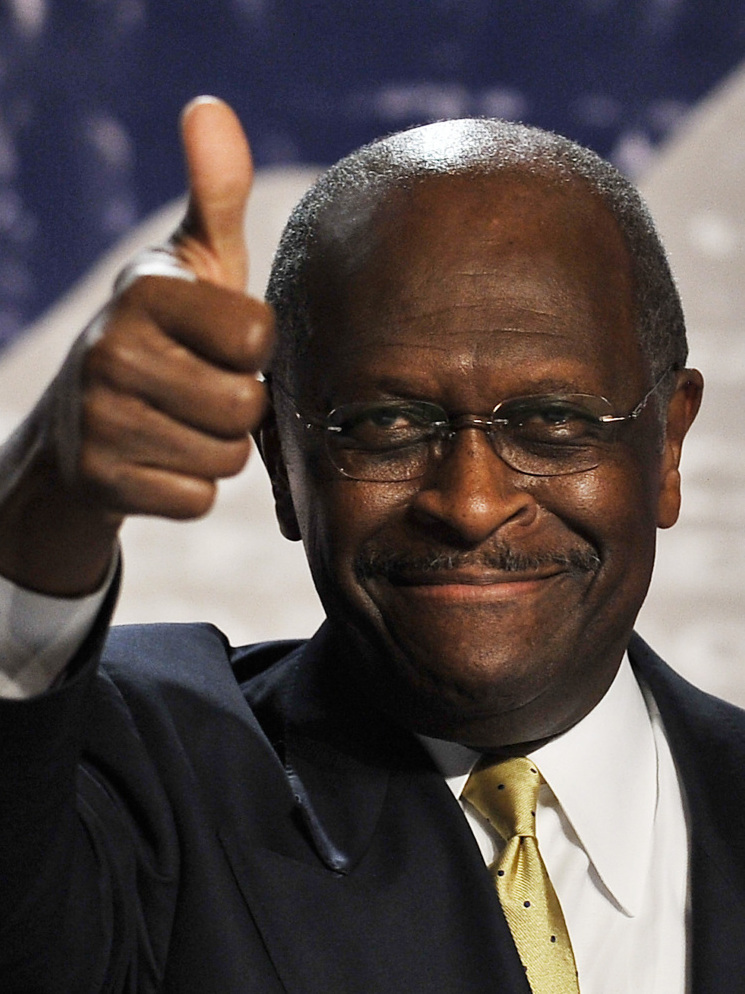 Now that Herman Cain is getting the attention a major party presidential candidate receives as a frontrunner, or close to it, his views are getting a lot more attention.

His repeated statements about erecting a barrier at the U.S. border with Mexico to stop illegal immigration which he has alternately described as a moat with alligators or an electrified fence have raised eyebrows and caused him to essentially say: Lighten up, folks, I'm just joking.

Now the Internet is abuzz with a Christmas column Cain wrote for RedState.com a year ago in which he described Jesus as the "perfect conservative" and blamed a "liberal court" for Jesus' condemnation and death.

He didn't have a lawyer, nor did He care about who judged Him.
His judge was a higher power.

The liberal court found Him guilty of false offences and sentenced Him to death, all because He changed the hearts and minds of men with an army of 12.

At least he didn't call Pontius Pilate, the ancient Roman prefect who, according to the gospel of Matthew, essentially allowed a crowd to decide Jesus' fate, a liberal activist judge.

Cain's argument is that Jesus was the original compassionate conservative. He writes:

He helped the poor without one government program. He healed the sick without a government health care system. He feed (sic) the hungry without food stamps. And everywhere He went, it turned into a rally, attracting large crowds, and giving them hope, encouragement and inspiration.

For three years He was unemployed, and never collected an unemployment check. Nevertheless, he completed all the work He needed to get done. He didn't travel by private jet. He walked and sailed, and sometimes traveled on a donkey.

That's some serious anachronism there since the invention of social safety net programs and private jets were still a couple of millenia away. But why nitpick?

Liberals, obviously, have just as readily claimed Jesus as one of their own. Anyone who would advise a rich ruler to sell all his possessions and give the proceeds to the poor, arguably believed in wealth redistribution and was no stickler for private property.

While Cain's post found some RedState commenters in agreement, there were some were more skeptical:

Yep you must be right. Cain has shown a drive to be in politics. He must be using this article to set up a presidential run.