Accessibility links
Latest Details In Marco Rubio Family's Exile Saga Differ From NPR Interview : It's All Politics If it's hard for you to keep track of the details in Sen. Marco Rubio's story about how his parents fled Fidel Castro's Cuba in the 1950s, you're not alone. Apparently, the Republican senator from Florida has the same problem. And as NPR's David Welna reported on All Things Considered Monday the story is only getting more confusing. 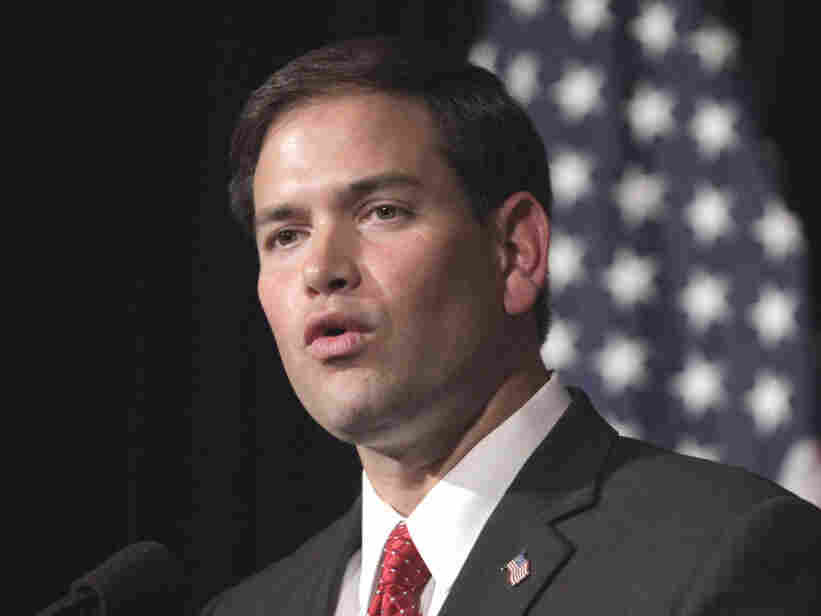 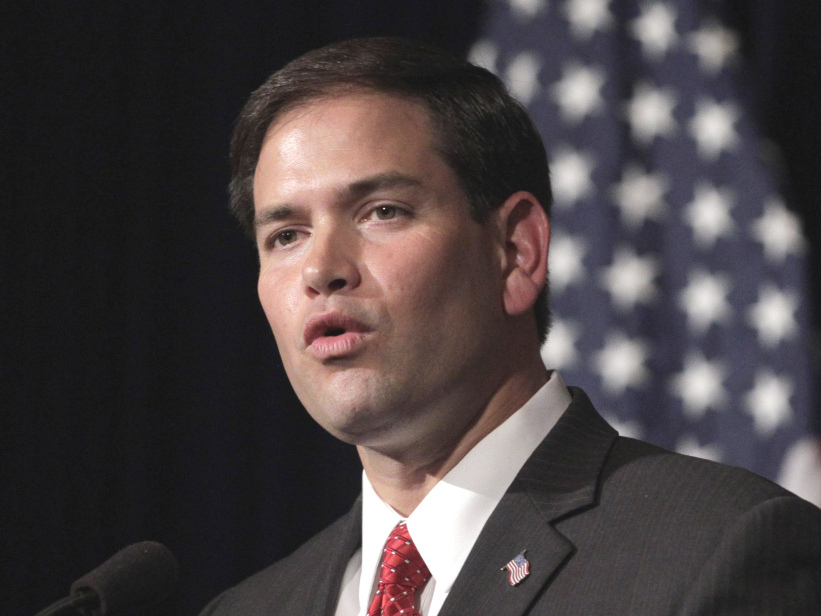 If it's hard for you to keep track of the details in Sen. Marco Rubio's story about how his parents fled Fidel Castro's Cuba in the 1950s, you're not alone. The Republican senator from Florida seems to have the same problem.

As NPR's David Welna reported on All Things Considered Monday the senator, who has made his parents' flight from Cuba after the communists' 1959 takeover of the island a key part of his political biography, has been dealing with reports that his parents actually left the island in 1956. Washington Post reporter Manuel Roig-Franzia and a birther blogger independently raised questions about Rubio's version of events.

Rubio continues to argue that his parents are Cuban refugees from the Castro regime like so many in south Florida who fled the island.

But as David reported, a version of the immigration story Rubio told ATC co-host Robert Siegel two years ago differs significantly from the one he's telling now.

DAVID: Despite their departure well before the Cuban Revolution, Rubio still seems to insist his parents were forced into exile. A new statement from him on his website, also published by Politico, is titled "My family's flight from Castro."

In that statement, Rubio says his parents decided they wanted to try moving back to Cuba after Castro came to power. He says that in 1961, his mother went there with his older siblings, "with the intention of moving back."

But nearly two years ago, when Rubio was still running for the Senate seat he now holds, he gave All Things Considered host Robert Siegel a very different account of why his mother went back to Cuba with her children:

RUBIO: My grandfather, who already had been stricken with polio when he was a young man, had an accident, he was hit by a bus, and in Cuba at the time. I mean, when you were in the hospital, they didn't have like, you know, meals or anything, your family had to bring the food and they had to take care of you. So my mom went back with my sister and brother to take care of her father in 1960 and my dad stayed behind working.

DAVID: Social Security records indicate that Rubio's mother's father had in fact emigrated to the U.S. the same year his parents left Cuba. Rubio's office confirmed today that her father did go to the U.S. in 1956, but then returned to Cuba, where he was, "involved in an accident."

There are other apparent discrepancies in Rubio's statement posted on his website. He says that after a few weeks in Cuba, it became clear to his mother that "the change happening in Cuba was not for the better. It was communism." Which is why, he says, his mother decided in March of 1961 to return permanently to the United States with his siblings.

Again, that's at odds with what Rubio told Robert Siegel two years ago:

RUBIO: When the time came to come home, the Cuban government wouldn't let her. So my dad was here in Miami working and desperate because his family, they would let my sister come, because she was a U.S. citizen, but they wouldn't let my brother and my mom come. And they would go to the airport every day for nine months, waiting to be let go and then finally were able to come, so it was frightening. And I think that's when they knew for sure that that's not the place they wanted to be.

DAVID: Rubio's spokesman, Alex Conant, writes in an e-mail that the senator's mother was indeed told she could not leave Cuba, and that only her infant daughter, born in the U.S., could return to the U.S. Eventually, Conant says, they were all allowed to leave together.

But rather than the nine-month forced wait that Rubio described two years ago to NPR, Rubio in the latest version of his family story says they arrived in Cuba in February of 1961 and left the following month. Still, he writes: "I am the son of exiles" — a cherished status for many in Florida.