Accessibility links
Romney Rolls Past Car Wrecks During Michigan GOP Debate : It's All Politics It was another Republican presidential debate night Wednesday evening which meant another night on cruise control for Mitt Romney as he passed the car wrecks of his rivals for the nomination. 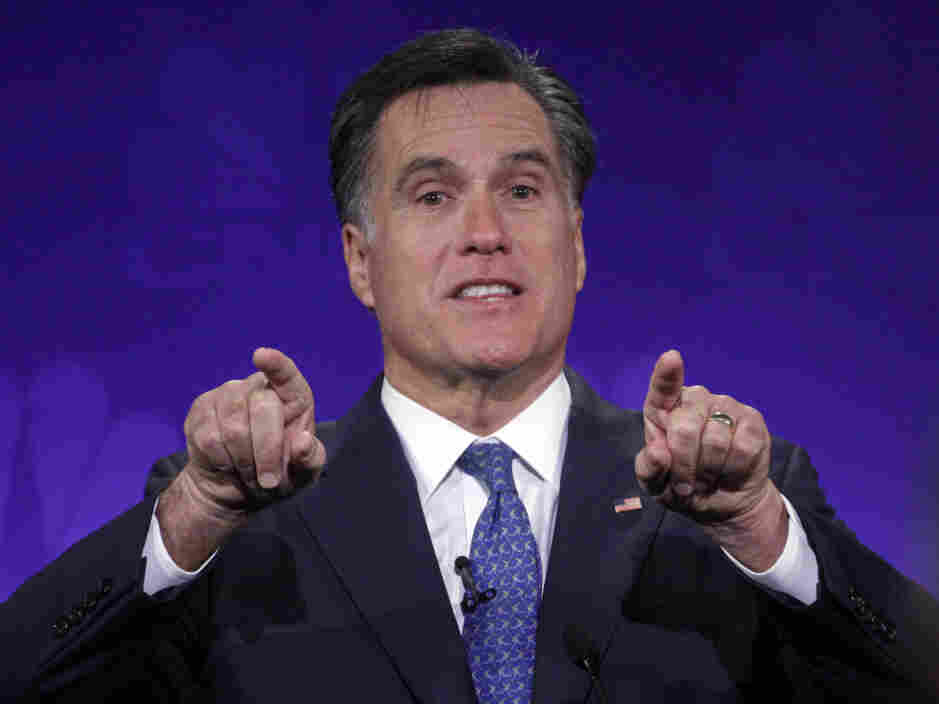 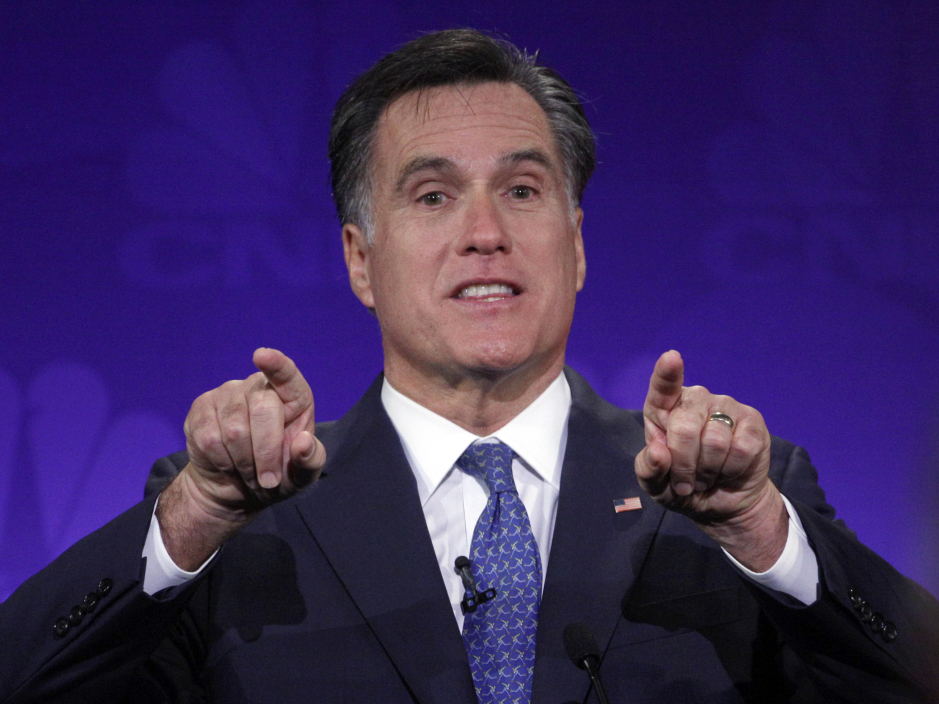 It was another Republican presidential debate night Wednesday evening which meant another night on cruise control for Mitt Romney as he passed the car wrecks of his rivals for the nomination.

The former Massachusetts governor has so far breezed through every debate. Yes, there has been the occasional gaffe ("I'm running for office, for Pete's sake!") But nothing he couldn't recover from.

Wednesday night's CNBC debate from the campus of Oakland University in Auburn Hills, Mich. was no exception.

If we look to debate performances for signs that a presidential race was fundamentally changed in some way, we'd be looking in vain, at least so far as Romney's candidacy is concerned. Romney still looked liked the odds-on favorite for his party's nomination.

Romney even managed to artfully bob and weave on what had to be one of the trickiest questions for him, his opposition to the federal government's bailout of the U.S. auto industry. The debate, after all, occurred in the mecca of American carmakers.

Romney said no one on the stage cared more about Michigan than him since he was born and raised there. Then he managed to fault the federal government for both causing Detroit's near-demise through fuel-efficiency standards, then bailing it out once ruination was upon it.

The Republican audience seemed all right with that in a way that it might not have if he had blamed, say, decades of bad decisions by the Big Three managers.

While Romney left the debate unscathed, the same obviously can't be said for Texas Gov. Rick Perry. By now, Perry's stupendously epic failure to recall the three cabinet-level departments he vows to eliminate if he became president has probably been turned into one of those Taiwanese news web animations, that's how much people are discussing it.

But while it was remarkable to watch a presidential candidate seemingly slow down space time as Perry did as he flailed around for what was an eternity in TV time to recall that the Energy Department came after the Education and Commerce departments in his trinity of damned agencies, that moment really didn't tell voters anything they didn't already know about Perry. He is one of the worst presidential debaters ever.

Also, Perry's campaign has essentially appeared doomed for weeks, at least if the polls are any indication. That's been true since Herman Cain became the latest hope for anti-Romney voters.

The Michigan debate was the first after sexual harassment charges dating back to the 1990s began swirling around Cain and one might have expected Cain to come out the worse for wear.

If there was a surprise Wednesday evening, it was that none of his rivals went after him on the issue. It was left to CNBC's Maria Bartiromo and John Harwood to raise the harassment issue.

Cain beat back their efforts by saying voters didn't care and so he didn't either:

You're right, this country's looking for leadership. And this is why a lot of people, despite what has happened over the last nine days, are still very enthusiastic behind my candidacy.

If Cain seemed to get out of the debate without much further damage, it was likely because he sustained so much damage before the debate. It's difficult to see Cain without thinking about the scandal and his denials which have left many, including a number of conservatives, unpersuaded.

Harwood gave Romney a chance to take a shot at Cain over the harassment charges but Romney wouldn't go there:

"The people in this room and across the country can make their own assessment. I'm not going to... "

He was then drowned out by audience applause and cheers.

I think — John, I think people know me pretty well,particularly in this state, in the state of Massachusetts, New Hampshire that's close by, Utah where I (served in ?) the Olympics. Ithink people understand that I'm a man of steadiness and constancy.

I don't think you're going to find somebody who has more of those attributes than I do.

"Steadiness" and "constancy" do describe Romney's performance during the nine GOP presidential debates. Of all the candidates, he is the one who has most consistently appeared presidential in demeanor. He also appears to be the likeliest to hold up the best under the withering attacks sure to come from President Obama's re-election campaign and Democrats generally.

That's a steady and constant problem for him that Romney hasn't yet figured out how to solve. And there's always the chance it may be insoluble.