Accessibility links
'Obamacare' Will Rank Among The Longest Supreme Court Arguments Ever : It's All Politics Since 1970, the court has limited oral arguments to 30 minutes per side. But there have been notable exceptions. Bush v. Gore lasted 90 minutes and two campaign finance cases clocked in at four hours each.

'Obamacare' Will Rank Among The Longest Supreme Court Arguments Ever

'Obamacare' Will Rank Among The Longest Supreme Court Arguments Ever 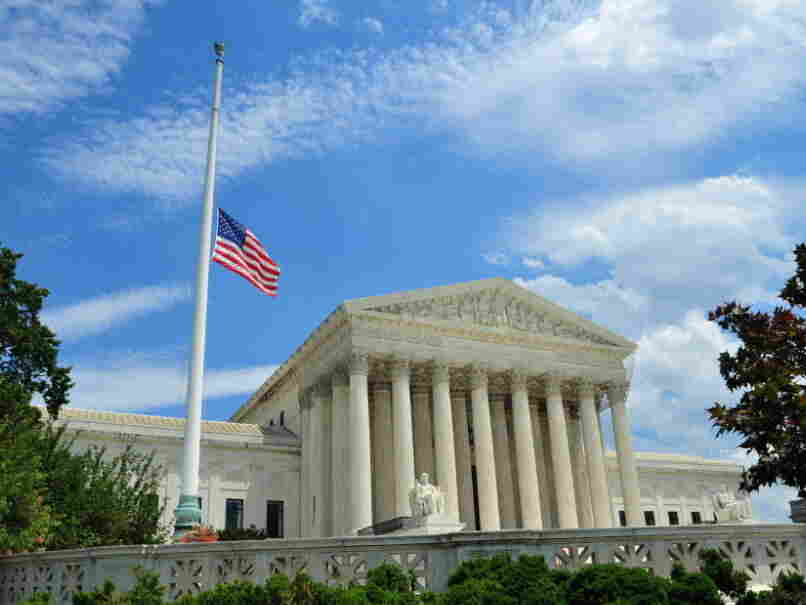 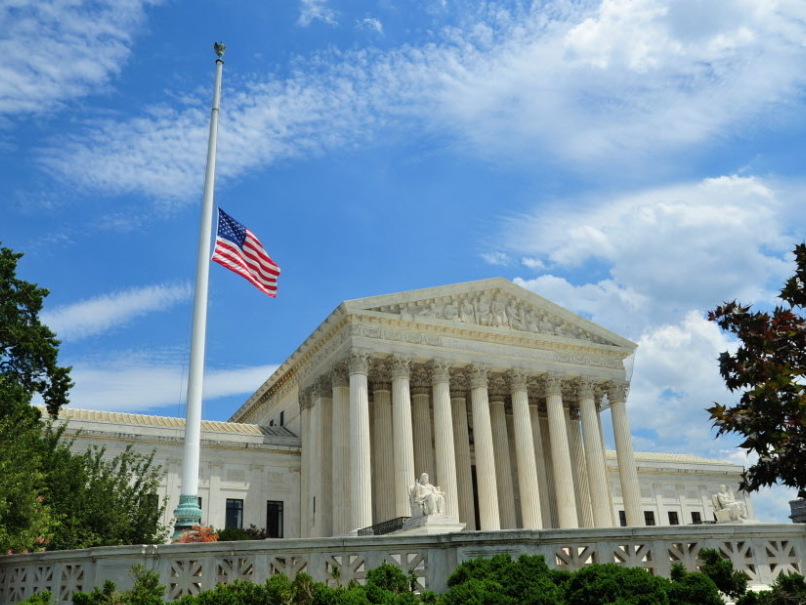 The US Supreme Court announced this week that it will hear arguments over President Obama's health care reform law.

When the United States Supreme Court agreed Monday to hear a challenge to the health care reform law, the Court also announced that the parties would have more than the usual one hour to argue the case before the justices. That is not unheard of in particularly important cases — Bush v. Gore was allotted ninety minutes. But at five and a half hours, the length of time given for the health care case is nearly unprecedented in the modern Court.

The Supreme Court in the early nineteenth century relied entirely upon oral arguments because the parties did not submit any written documents. Arguments routinely would last two or three days per side.

By 1849, Chief Justice Robert Taney limited oral arguments to two hours per side because of the Court's increasing caseload. In 1925, argument time was reduced to one hour per side, and, since 1970, it has been limited to thirty minutes per side.

There have always been exceptions. United States v. Nixon, the Nixon tapes case decided in 1974, was allotted three hours of arguments, while the 1971 Pentagon Papers case, New York Times v. United States, was given a two-hour argument on a Saturday because of the urgent nature of the legal claims.

Determining which recent cases have been the longest is not an easy task. There are few resources available for studying oral arguments, but the most prominent is the Oyez Project at Chicago-Kent College of Law.

Jerry Goldman, the director of the project, notes that the Supreme Court has only recorded its cases since 1955. By looking at the actual transcripts of Brown v. Board of Education I, he determined that its 1952 arguments lasted 8.5 hours over three days; it was reargued in 1953 in 6.5 hours.

Goldman believes that the longest argument in modern times was a separate school desegregation case, entitled Brown v. Board of Education II. The four days of arguments in the 1955 case lasted for 13.25 hours — an apparent record.

Two other cases with exceptionally long arguments were both in 1966. In South Carolina v. Katzenbach, the Court upheld the Voting Rights Act, and in Miranda v. Arizona, the Court spawned the famous Miranda warnings. Katzenbach was argued for seven hours over two days and featured thirteen lawyers (which may be a record in and of itself), while Miranda was argued for six hours over three days.

Since the 1970 rule went into effect limiting time to thirty minutes per side, only two cases have come close to the time allotted for health care. The 1976 case Buckley v. Valeo upheld post-Watergate campaign finance reforms, and clocked in at four hours of arguments spread among seven lawyers. Another campaign finance case, FEC v. McConnell — a precursor to the 2010 Citizens United – had four hours of arguments and eight lawyers in 2003.