Accessibility links
Perry's Debate Challenge To Pelosi Gives Her An Opening To Zing Him : It's All Politics That Rick Perry would want to debate anyone given his own acknowledgement that he's a weak debater suggests he didn't expect Pelosi to take the bait. And he was right. Although he did give Pelosi a chance to get in a dig at his expense. 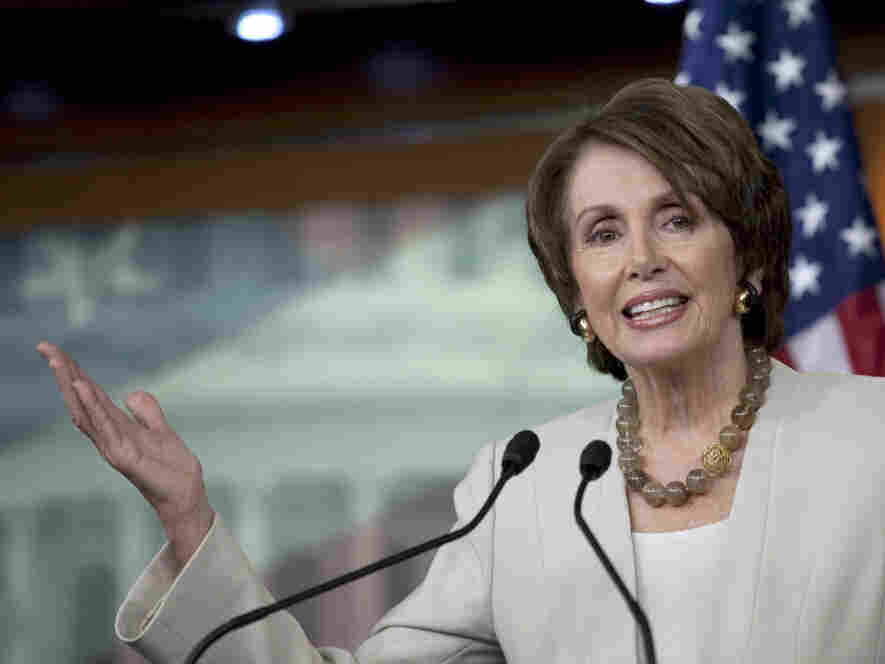 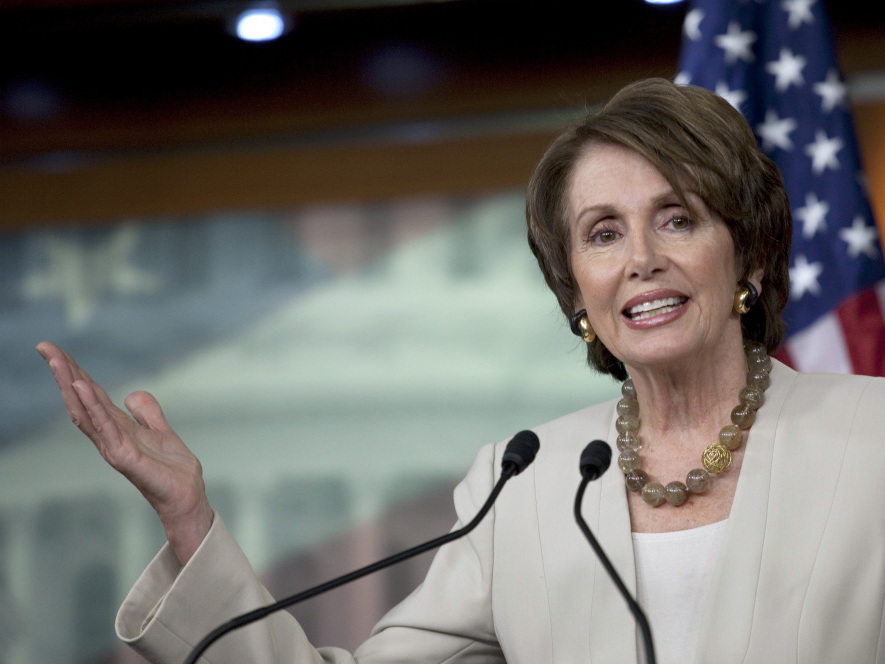 In one of the stranger turns in a Republican presidential race full of them, Texas Gov. Rick Perry challenged Rep. Nancy Pelosi to debate him next week over his proposal to make Congress a part-time body while slashing lawmakers' pay and their staffs.

Why Pelosi? Apparently because one of her fellow House minority leaders, Rep. Steny Hoyer of Maryland, tore into the proposal after Perry introduced it earlier in the week.

You might think he'd want to debate Hoyer, then. But Pelosi, the former speaker and current House minority leader whose district includes San Francisco, is a much bigger household name than Hoyer, obviously.

In a letter to Pelosi, Perry said:

"I am in Washington Monday and would love to engage you in a public debate about my Overhaul Washington plan versus the congressional status quo. I think it would be a tremendous service to the American public to see a public airing of these differences. Let the people decide. If Monday doesn't work, perhaps we could find a time in Iowa over the course of the next month to discuss these issues in front of the people of America's heartland.

"Should you choose to not respond or engage in such a healthy discussion, I will take it to mean you will continue your obstructionist ways in the face of much needed Washington reform."

That Perry would want to debate anyone given his own acknowledgement that he's a weak debater suggests he expected Pelosi to not take the bait. And he was right.

He did give Pelosi a chance to get in a dig at his expense, however. Here's the relevant exchange with a reporter at her weekly news conference on Thursday:

REPORTER: " There's a report that (Rick Perry ?) is challenging you to debate. Have you received a challenge? Will you accept it or not?"

REP. PELOSI: "Well, he did ask if I could debate here in Washington on Monday, it is my understanding, that such a letter has come in. Monday I'm going to be in Portland in the morning. I'm going to be visiting some of our labs in California in the afternoon. That's two. I can't remember what the third thing is I'm going to be doing." (Laughter.)

In boxing, my friends, that would be called a haymaker.