Accessibility links
In Gingrich, Romney May Face Toughest Foe Yet : It's All Politics Republican voters may have saved the best for last in terms of the latest obstacle they've placed between Mitt Romney and what was supposed to have been his inevitable march to the 2012 Republican presidential nomination — Newt Gingrich.

In Gingrich, Romney May Face Toughest Foe Yet

In Gingrich, Romney May Face Toughest Foe Yet 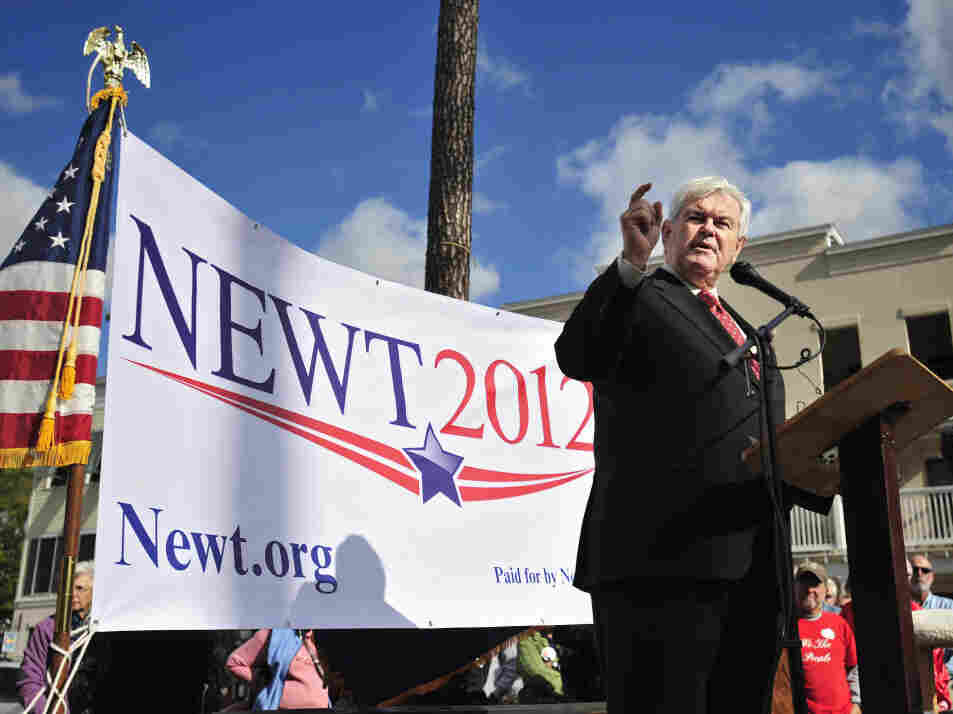 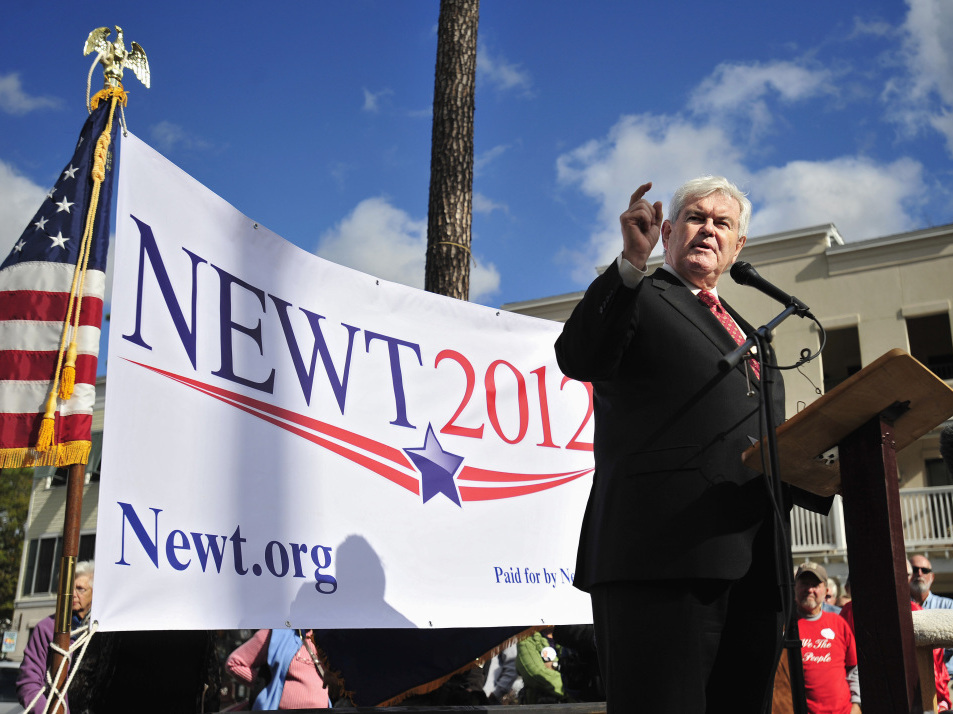 Republican voters may have saved the best for last in terms of the latest obstacle they've placed between Mitt Romney and what was supposed to have been his inevitable march to the 2012 Republican presidential nomination — Newt Gingrich.

Essentially written off after his campaign seemingly imploded last summer and because of the manifest personal baggage he brings to a presidential campaign, Gingrich stuck around long enough to have his moment, to catch fire after Herman Cain flamed out.

With Cain, Texas Gov. Rick Perry and Rep. Michele Bachmann of Minnesota — each of whom briefly challenged Romney for frontrunner status — many Republican voters clearly had difficulty, for one reason or another, seeing those candidates standing toe-to-toe with President Obama in a presidential debate.

But Gingrich doesn't have that problem. He is one of the glibbest politicians of the age, who rattles off full sentences, even paragraphs effortlessly even if some content might be immediately suspect.

While he can often cause the brains of his listeners to fade, overwhelming them with the sheer torrent of words he can emit, his apparently doesn't.

He's also already had the experience of facing off against a Democratic president, Bill Clinton, during the 1990s, with mixed results certainly as House speaker but it's still an important part of his resume. And Romney can make no similar claim.

So the most immediate problem Gingrich confronts Romney with is that, at the very least, few question his ability to not just show up but probably even score points in debates against Obama. Romney no longer looks like the one on the Republican stage of candidates with the most realistic chance to do that.

But there's a bigger problem. Gingrich is also justified in making the claim that, since the 1980s, he has been an important contributor to the conservative movement, with his ideas not only influencing his party's direction in Congress but also, arguably, Ronald Reagan's 1980 campaign and later presidency.

Indeed, at the same time that Gingrich was at the zenith of conservative power in 1996 as speaker, Romney was moving to the left in Massachusetts in an unsuccessful attempt to unseat Sen. Ted Kennedy, the liberal legend.

Romney initial attempt to stomp out the Gingrich boom is to brand the former speaker as a Washington lifer, a soft jab he made Tuesday night during an interview with Brett Baier on Fox News:

ROMNEY: "Speaker Gingrich is a good man. He and I have very different backgrounds. He spent his last 30 or 40 years in Washington. I spent my career in the private sector. I think that's what the country needs right now."

Romney suggested that Obama being a "life-long politician" it would be best if Republicans nominated someone who wasn't, like himself, the implication being Gingrich can't make the same claim.

Of course, having made millions of dollars in the "strategic advice" business, Gingrich has shown himself to be quite the entrepreneur as well who can claim his own private-sector success.

Romney is ultimately is likely going to have to come up with a far tougher negative message against Gingrich than the argument that he's a Washington lifer. Gingrich has been called far worse and survived politically. Thrived, even.

A new Insider Advantage/Majority Opinion Research poll out of Florida that was done for NewsMax shows Gingrich with a 24 percentage point lead over Romney in that critical state, 41.4 percent versus 17.4 percent.

Meanwhile, polls are showing Gingrich leading in the other early primary states of Iowa and South Carolina.

Romney still has significant advantages over Gingrich, such as money, organization and much of the GOP establishment aligning itself with him.

And he'll need all of that. Because he's probably not going to be able to outargue Gingrich. And he probably won't be able to out Reagan Gingrich, either.