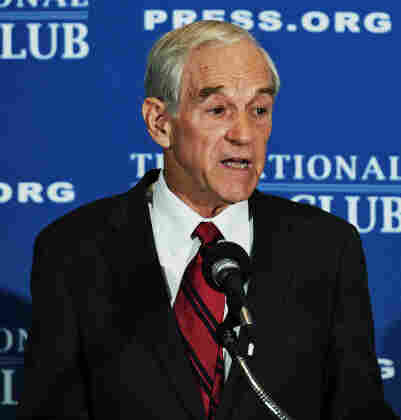 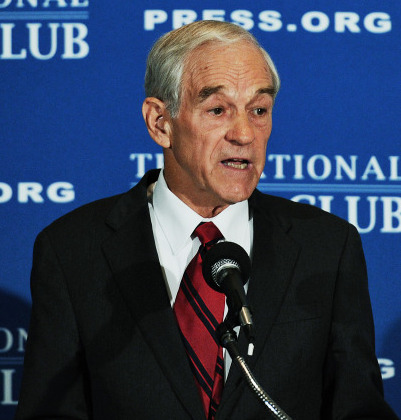 Ron Paul's presidential campaign strikes what looks to be the hardest blow yet on the surging Newt Gingrich in a new video called "Serial Hypocrisy."

The ad uses several instances where Gingrich either aligned himself with liberals (like his famous ad with Rep. Nancy Pelosi on climate change or attack on fellow Republican, Rep. Paul Ryan's budget plan as "right-wing social engineering.")

It also bashes Gingrich for engaging in the kind of Washington insider behavior he has criticized in others, like his being paid at least $1.5 million by Freddie Mac, one of the troubled mortgage giants.

The ad ends with this self-damning quote from Gingrich:

"It's wrong to go around and adopt radically different positions. Than people have to ask themselves 'What will you tell me next time?' "

An excerpt from a news release accompanying the ad that's going out to its huge email list the Paul campaign said:

"Our campaign is making a bold move to debunk the myth that the Newt we are seeing on the 2012 campaign trail is the conservative he has been touted to be all along. This step we are taking is necessary, as voters are seeking authenticity among conservatives who are able to show a decades-long career of consistently walking the walk of Constitutional principles, limited government, and promoting sound money and economic policy. Ron Paul is the only Republican presidential candidate with that record," said Ron Paul 2012 National Campaign Chairman Jesse Benton.

It's the kind of ad that would be very hard for Mitt Romney to pull off. That's an attack that would inevitably be turned back on Romney, reminding many voters of their problem with him as a candidate.

But Paul has, if nothing else, been consistent, even when it has placed him at odds with the vast majority of conservatives, like his opposition to having U.S. troops in Iraq and Afghanistan. As the messenger for this message, he's virtually untouchable.