Accessibility links
5 'Lowlights' Of Herman Cain's Campaign : It's All Politics From the Libya brain freeze to the "smoking ad," we look back at some of the Cain campaign's most excruciating moments. 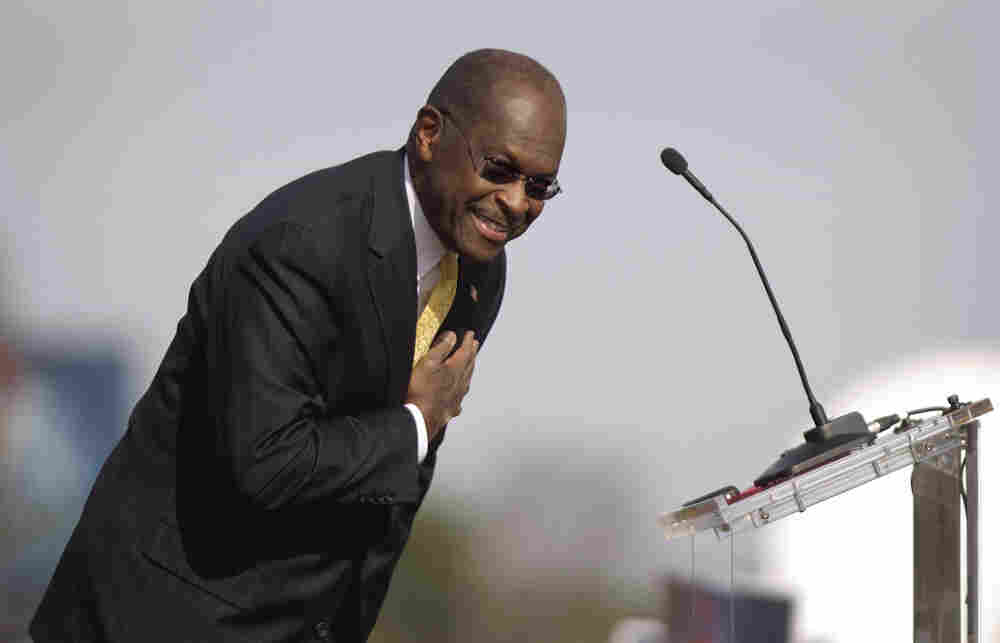 Herman Cain bows to the crowd during his announcement Saturday that he's suspending his campaign. David Goldman/AP hide caption 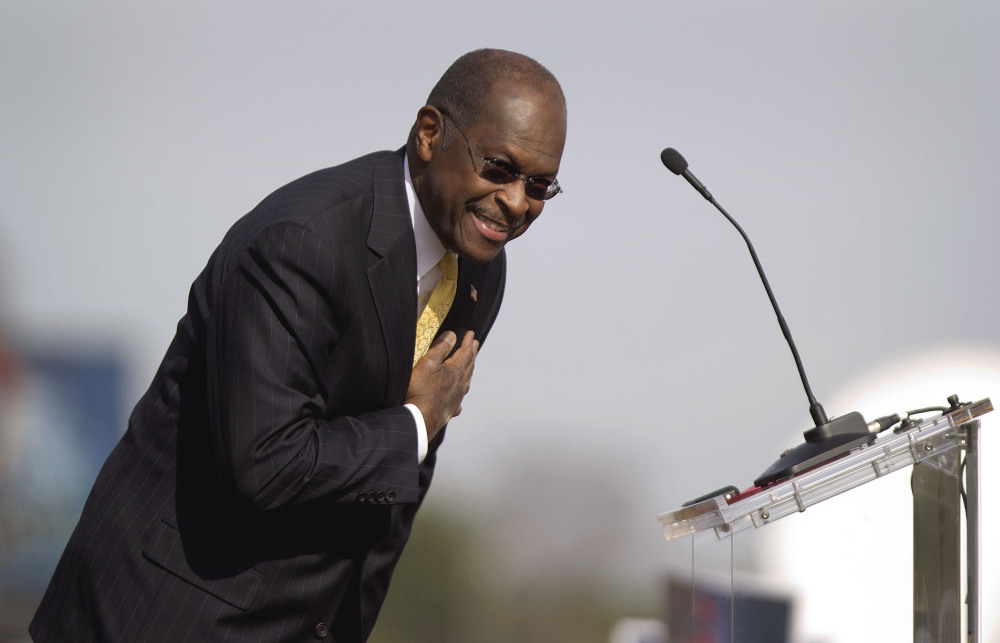 Herman Cain bows to the crowd during his announcement Saturday that he's suspending his campaign.

He added 9-9-9 to the national lexicon and slipped lyrics from a Pokemon movie into his stump speeches. Now that Herman Cain has suspended his presidential campaign, we look back at just a few of its most memorable — and excruciating — moments:

1. His brain freeze on Libya. His editorial meeting with the Milwaukee Journal Sentinel on Nov. 14 made for painful YouTube watching.

4. "Princess Nancy." After fending off allegations of sexual harassment, Cain bestowed this title on House Minority Leader Nancy Pelosi during a Republican debate. It probably did not help his polling numbers with women. (He later apologized.)

5. Blame game. When faced with allegations of sexual harassment, Cain tried to shift the discussion to where the allegations had come from; he accused rival Rick Perry's camp of leaking them and his chief of staff demanded an apology. The link was never substantiated.