Accessibility links
Can Congress Really Compromise On Extending The Payroll Tax Cut? : It's All Politics Congressional leaders from both parties say the payroll tax cut is a must-pass measure. It's just not entirely clear how it's going to happen. 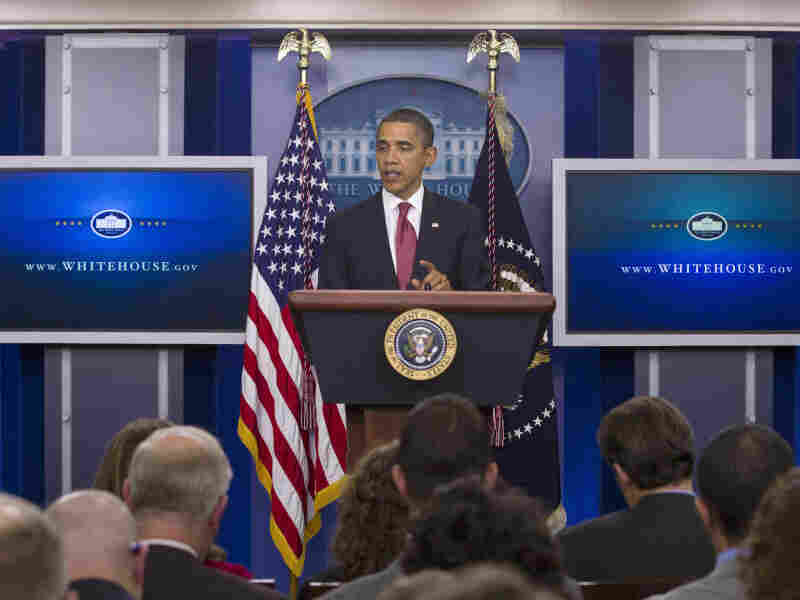 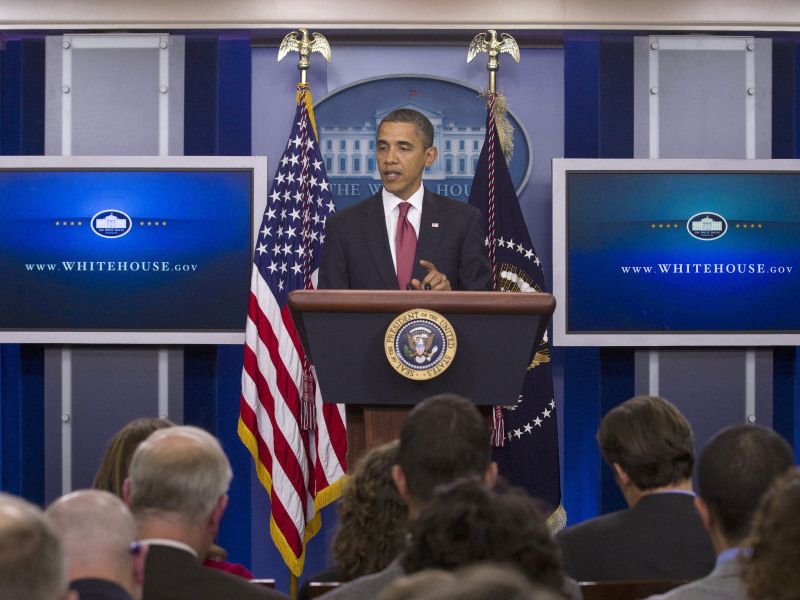 Congress returned to Washington Monday with a pile of unfinished business, and no clarity on a path to getting it done. At the top of the congressional to-do list this week is extending a payroll tax holiday that meant about $1,000 in extra take-home pay for the typical family this year. It is set to expire at the end of the month.

Congressional leaders from both parties say the payroll tax cut is a must-pass measure. It's just not entirely clear how it's going to happen.

Economists say that if the payroll tax holiday isn't extended, the economy would take a hit with millions of Americans seeing a little bit less money in every paycheck.

"There aren't many folks, either in the middle class or those trying to get into the middle class, who can afford to give up $1,000 not right now," said President Barack Obama in the White House briefing room just as the Senate was beginning work for the day. "That's why Congress must act."

Senate Republicans voted down two bills to extend the tax holiday last week — one from Democrats and a Republican alternative. Democrats and President Obama see this as a winning issue and are taking every opportunity to hammer Republicans on it.

"How can you fight tooth and nail to protect high end tax breaks for the wealthiest Americans and yet barely lift a finger to prevent taxes going up for 160 million Americans who really need the help?" Obama asked.

"Republicans need to be prepared to meet us partway," said Reid on the Senate floor.

The Senate Democratic proposal would include an expanded payroll tax cut for workers. But it drops an earlier proposal to extend that cut to employers as well. It includes an idea Republicans proposed last week: banning millionaires from receiving food stamps and unemployment benefits. It also includes a surtax on income over $1 million a year, though it is smaller than past proposals and would sunset after a decade.

"The scaled-back temporary tax on the richest Americans, a group with an average income of $3 million a year, is also a sincere attempt to get Republicans on board to pass what they say they want to do," said Reid.

Republicans aren't so sure it's sincere. An aide to Senate Minority leader Mitch McConnell says the Democrats' new plan included no input from Republicans, who continue to object to using a tax hike to pay for the tax holiday.

"The only thing bipartisan about their tax hike — is the opposition," says Don Stewart, McConnell's spokesman.

On the House side, a spokesman for Speaker John Boehner implied that any measure that includes tax hikes isn't a credible compromise proposal.