Accessibility links
Obama In No Appeasing Mood As He Goes After Republicans : It's All Politics President Obama has been accused of appeasement by both political supporters and foes. Liberals says he's been too willing to compromise. Republicans say he's not doing enough to constrain U.S. enemies in the Middle East, specifically Iran. At a news conference Thursday, Obama said, "Ask Osama bin Laden ... whether I engage in appeasement."

Obama In No Appeasing Mood As He Goes After Republicans

Obama In No Appeasing Mood As He Goes After Republicans 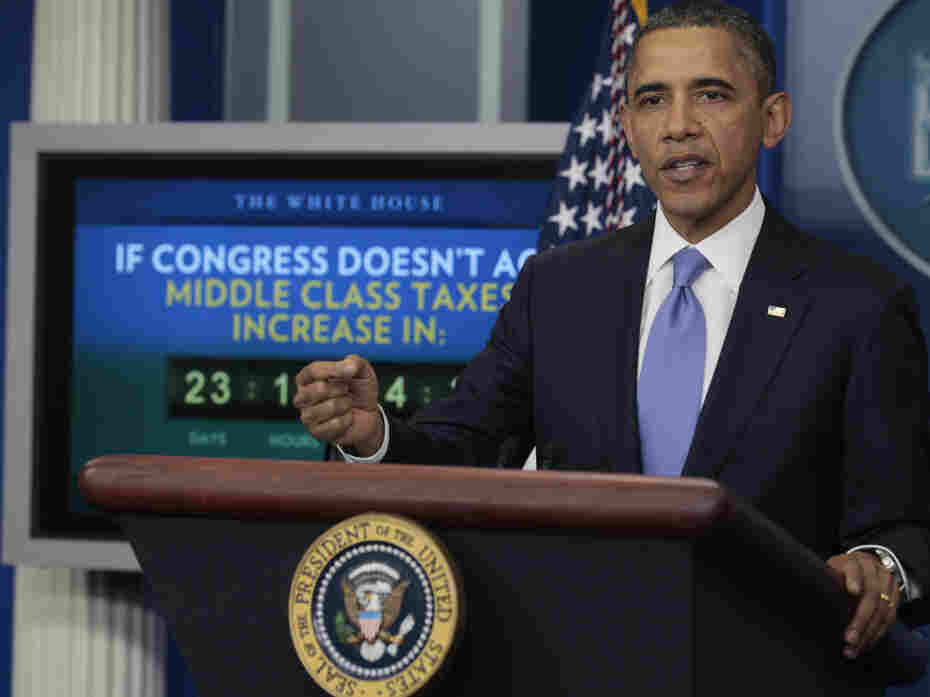 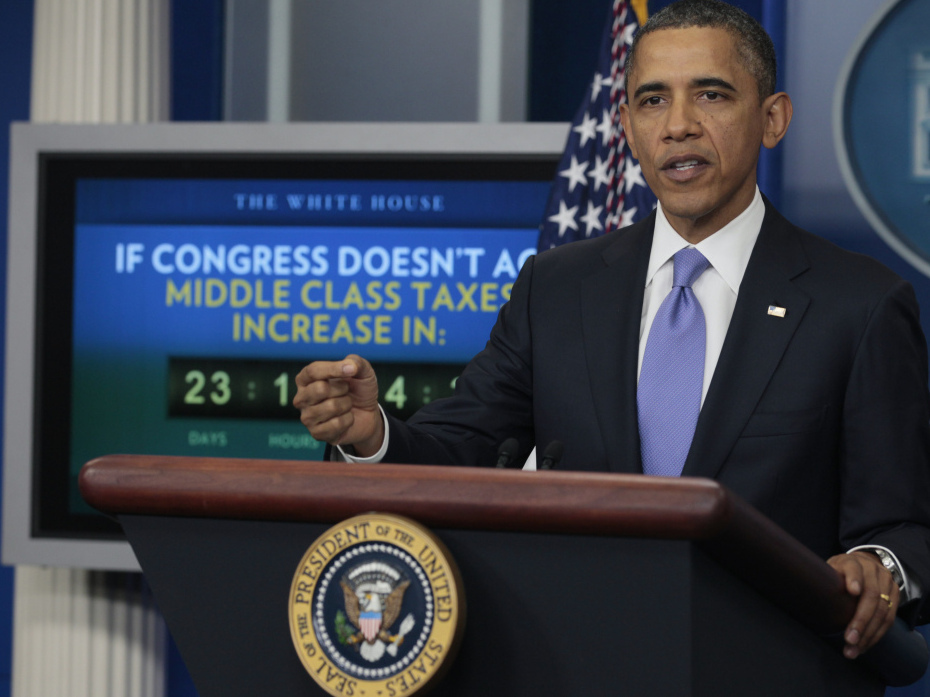 It has been President Obama's misfortune to be accused of appeasement by both his political supporters and foes.

For much of his presidency, liberals have accused the president of being too willing to compromise away their priorities in his negotiations with Republicans.

Meanwhile, Republicans have called Obama an appeaser for not doing more to constrain U.S. enemies in the Middle East, specifically Iran.

The most recent example of that came Wednesday. Republican presidential candidate Mitt Romney, appearing before the Republican Jewish Coalition, accused the president of such appeasement.

So Obama came out swinging at a Thursday news conference to demonstrate to friends and foes alike that he was no Neville Chamberlain, the British prime minister who will always be associated with trying to appease Adolf Hitler.

First, Obama made it clear that he intended to fight for his nomination of Richard Cordray to head the Consumer Financial Protection Bureau. Senate Republicans blocked Cordray's nomination Thursday, which left the new agency unable to start some of its regulatory duties, such as issuing new rules to for payday lenders and student loans.

Sounding like Gen. Ulysses Grant — who during the Civil War once said: "I propose to fight it out on this line if it takes all summer." — Obama said:

That was in stark contrast to the lack of fight the president showed when it came to Elizabeth Warren. Many progressives wanted the president to go to battle with Republicans last year by naming the Harvard Law professor to be the first CFPB head, especially since the new agency was her brainchild.

Obama declined to take on that fight, leaving Warren free to run for a U.S. Senate seat in Massachusetts. He now apparently believes the time is right to fight for Cordray, the former Ohio attorney general who has support from both Democratic and Republican attorneys general across the U.S.

Obama was also seemed ready to knock down accusations from Republican presidential candidates that he has been soft on Iran and other threats to the security of the U.S. and its allies, particularly Israel.

Told that his handling of Iran and other threats had been likened to appeasement, a feisty Obama said:

"Ask Osama bin Laden and the 22-out-of-30 top al Qaeda leaders who've been taken off the field whether I engage in appeasement. Or whoever is left out there, ask them about that."

Obama was apparently feeling so fired up, that he appeared eager to jettison his planned Christmas holiday to Hawaii to remain in Washington if it meant getting the payroll tax cuts and unemployment insurance extended:

"With respect to my vacation, I would not ask anybody to do something I'm not willing to do myself. So I know some of you might have been looking forward to a little sun and sand — (laughter) — but the bottom line is, is that we are going to stay here as long as it takes to make sure that the American people's taxes don't go up on Jan. 1, and to make sure that folks who desperately need unemployment insurance get that help. And there's absolutely no excuse for us not getting it done."

Clearly, he was not even in the mood to appease his family or the White House staff and press corps.