Accessibility links
GOP Objects To 'Millionaires Surtax'; Millionaires We Found? Not So Much : It's All Politics The Senate has again rejected proposals to extend the payroll tax holiday through next year, with Republicans objecting to using a "millionaires surtax" to pay for it. NPR tried to find millionaires who also object — but with little success.

For the second week in a row, the Senate on Thursday voted down proposals to extend the payroll tax holiday through next year. In the case of the Democrats' proposal, Republicans objected to the "millionaires surtax" that would be used to pay for it.

Ever since the idea of the surtax was introduced weeks ago, Republicans in Congress have railed against it, arguing that it is a direct hit on small-business owners and other job creators.

The argument is that many small-business owners report company profits on their individual taxes because of the way their businesses are structured. Sen. John Thune, R-S.D., says the surtax would hurt their ability to hire. 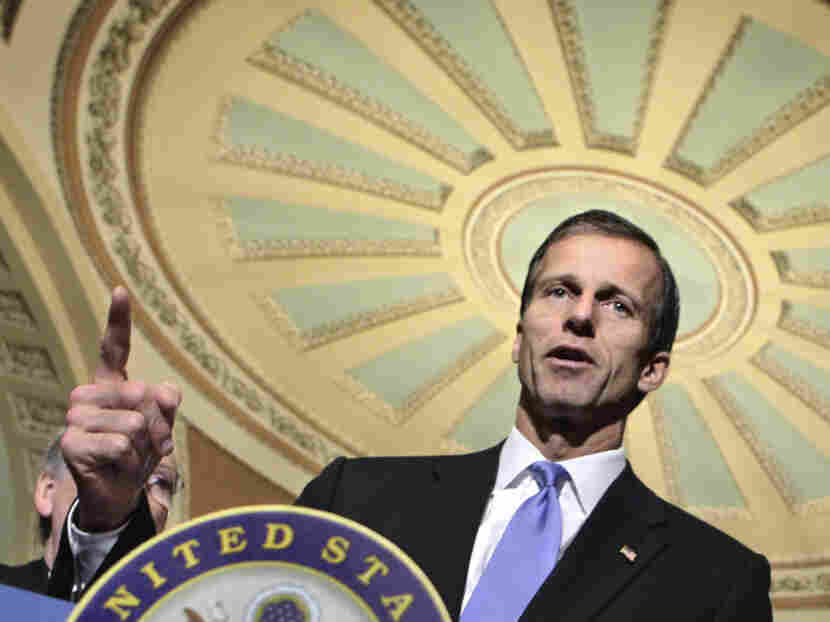 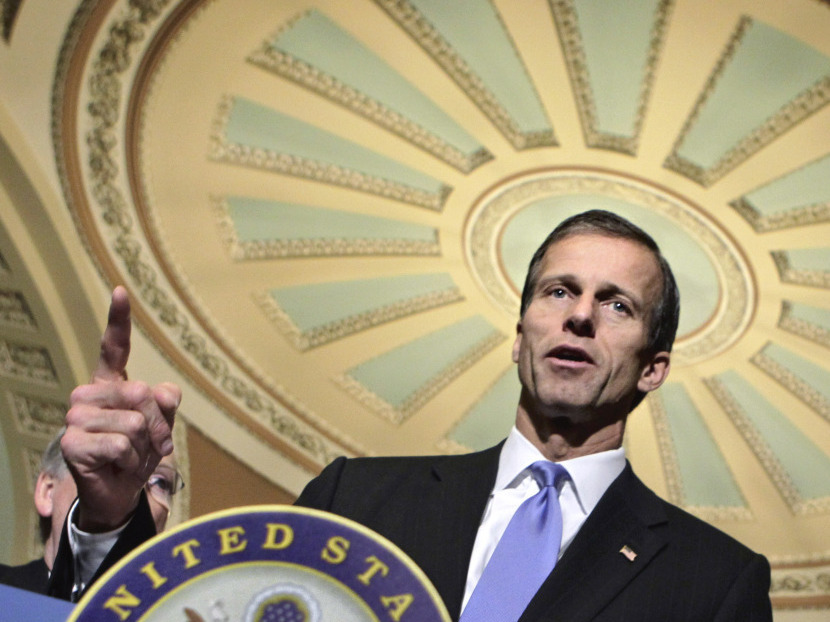 "It's just intuitive that, you know, if you're somebody who's in business and you get hit with a tax increase, it's going to be that much harder, I think, to make investments that are going to lead to job creation," says Thune.

We wanted to talk to business owners who would be affected. So, NPR requested help from numerous Republican congressional offices, including House and Senate leadership. They were unable to produce a single millionaire job creator for us to interview.

So we went to the business groups that have been lobbying against the surtax. Again, three days after putting in a request, none of them was able to find someone for us to talk to. A group called the Tax Relief Coalition said the problem was finding someone willing to talk about their personal taxes on national radio.

So next we put a query on Facebook. And several business owners who said they would be affected by the "millionaires surtax" responded.

"It's not in the top 20 things that we think about when we're making a business hire," said Ian Yankwitt, who owns Tortoise Investment Management.

Tortoise is a boutique investment firm in White Plains, N.Y. Yankwitt has 10 employees and in recent years has done a lot of hiring.

He says his ultimate marginal tax rate "didn't even make it on the agenda."

Yankwitt says deciding to bring on another employee is all about return on investment. Will adding another person to the payroll make his company more successful?

For Jason Burger, the motivation is similar.

"If my taxes go up, I have slightly less disposable income, yes," said Burger, co-owner of CSS International Holdings, a global infrastructure contractor. "But that has nothing to do with what my business does. What my business does is based on the contracts that it wins and the demand for its services."

Burger says his Michigan-based company is hiring like crazy, and he'd be perfectly willing to pay the surtax.

"It's only fair that I put back into the system that is the entire reason for my success," said Burger.

For the record, both Burger and Yankwitt have made campaign contributions to Democrats in the past, but they say their views on the surtax are about the economics of their businesses and not their politics.

And they're not alone.

"I, like any other American, especially a business owner, I want to make as much money as I can and I want to keep as much money in my pocket as I can, but I also believe in the greater good," says Deborah Schwarz, who owns LAC Group, an information management firm with offices nationwide and in London.

Surtax or no, Schwarz says she hopes to keep hiring.

"We're going to keep on writing proposals, going after contracts, hopefully winning them, and when we do we're going to continue to hire people," says Schwarz.

All of this contradicts the arguments about job creators being made by Republicans in Congress.

"Those I would say were exceptions to the rule," responds Thune. "I think most small-business owners who are out there right now would argue that raising their taxes has the opposite effect that we would want to have in a down economy."

But those small-business owners apparently don't want to talk.