Accessibility links
S.C. Gov. Haley's Power To Help Romney Shrinks With Her Approval Ratings : It's All Politics An observer of South Carolina politics and electorate attitudes says that while Nikki Haley's endorsement of Mitt Romney will help, it won't mean as much as it would have months ago when she was more popular. 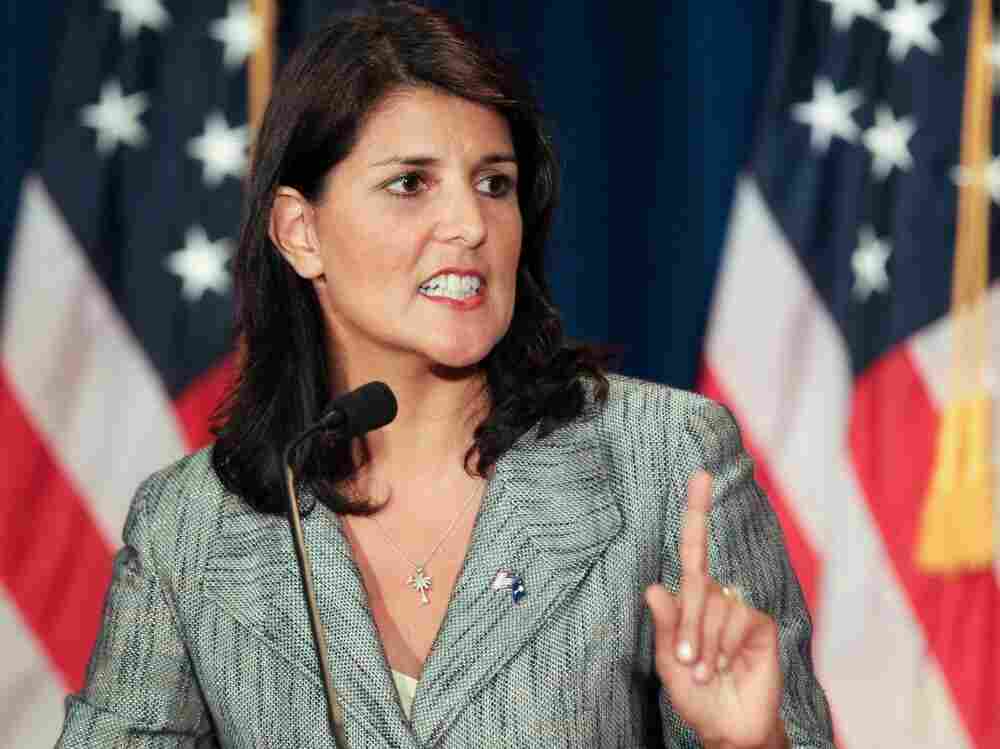 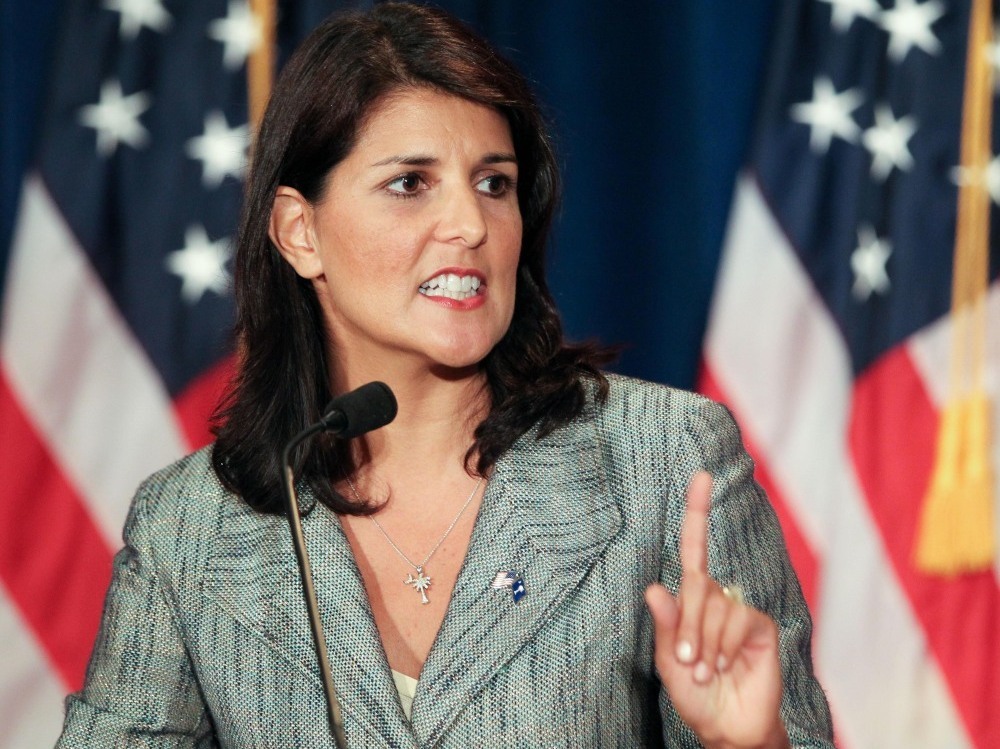 South Carolina is an important prize for a Republican hoping to be his party's presidential nominee since the winner of its Republican presidential primary has gone on to secure the nomination ever since 1980.

Few achievements, then, would enhance the aura of seeming inevitability for a would-be GOP nominee than winning the early primary state's contest.

Which is why South Carolina Gov. Nikki Haley's endorsement Friday of Mitt Romney Friday is seen as potentially an important moment in the campaign. The endorsement of Haley, one of the Republican Party's newest stars, was seen as one of the big endorsement prizes.

It's not a total surprise that she endorsed Romney. She had endorsed him in 2008 when she was a state legislator and he endorsed her 2010 gubernatorial bid.

Haley, who won with Tea Party support and is not part of the state's good old boy network, had remained non-committal, at least publicly, until Friday.

Professor Robert Oldendick, director of the University of South Carolina's Institute for Public Service and Policy Research, responding by email to the question of how much Haley's endorsement will mean to Romney, writes:

"Although Governor Haley's endorsement will help Governor Romney in his attempt to win the Republican Presidential primary in South Carolina, the overall impact of this endorsement will be minimal for two reasons: (1) He is fairly well-known to Republican primary voters, having campaigned here in 2008 (in a primary in which he finished fourth, behind McCain, Huckabee, and Thompson), and he has consistently polled between 22% - 28% of likely primary voters; it is unlikely that this single endorsement is going to change the dynamic of his support to any great extent; (2) This is a low point for Governor Haley's popularity. Over the past several weeks, the stories that have dominated the news — her perceived role in the Savannah Port decision; her "manipulation" of the Health Planning Committee, and lack of transparency in providing information related to the committee's charge; her decline in approval ratings — have all worked to drown out the message of "jobs, jobs, jobs" that Governor Haley is trying to advance. While I believe that any of the candidates would have liked to have her endorsement, I feel that the impact on the race will be far less than I would have if I had been asked this question two months ago.

South Carolina and Romney aren't exactly a natural fit. Romney has never led in surveys of Republicans in the state, even when he was the frontrunner in national polls.

As the former moderate Republican governor of one of the most liberal states in the nation and a politician who has shifted his views to the right right as he competed for national office, Romney has provoked suspicion from South Carolina Republicans.

They are among the most conservative Republicans. Their ranks also contain a large number of evangelical Christians for whom Romney's Mormon faith has been an issue.

Haley is only the second Indian-American to become a governor in the U.S. (Bobby Jindal of Louisiana was the first) and South Carolina's first woman governor. So there's some irony in the role she could play in getting more of her state's white Republicans comfortable with a white male former GOP governor whose father was also a Republican governor with presidential ambitions.

In the recent Winthrop poll, Haley's approval rating among Republicans was 52.5 percent versus 21.7 percent who disapproved. In February, her approval rating was 65.7 percent. That underscores Oldendick's point that Haley's ability to help Romney likely isn't as great as it once was.