Accessibility links
Why Is Times Columnist Gail Collins So Obsessed With Mitt Romney's Dog? : It's All Politics New York Times columnist Gail Collins has already cited the dog in just shy of three dozen columns. She says such moments can reveal character — in this case, Romney's rigid emphasis on efficiency.

Why Is Times Columnist Gail Collins So Obsessed With Mitt Romney's Dog?

Why Is Times Columnist Gail Collins So Obsessed With Mitt Romney's Dog? 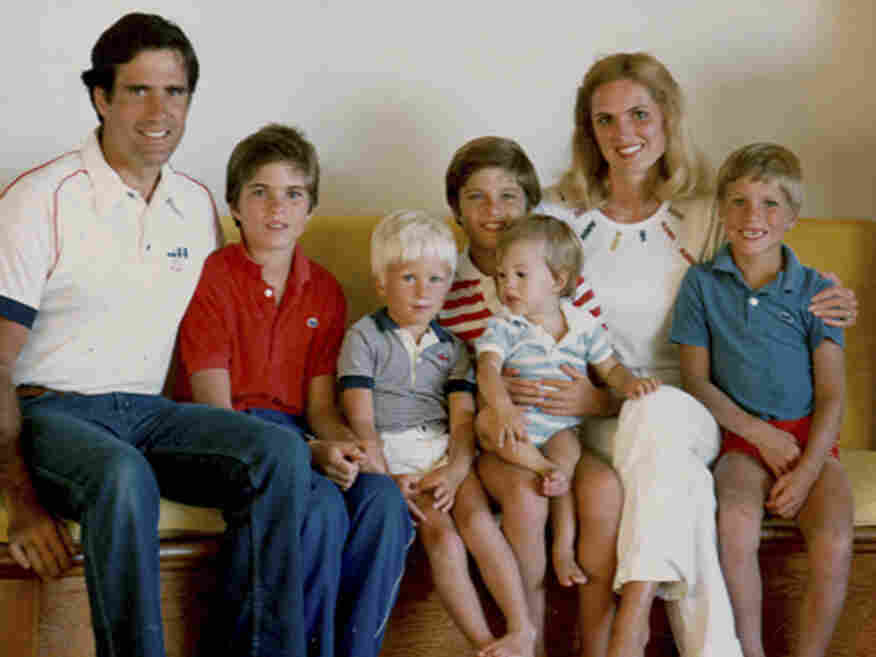 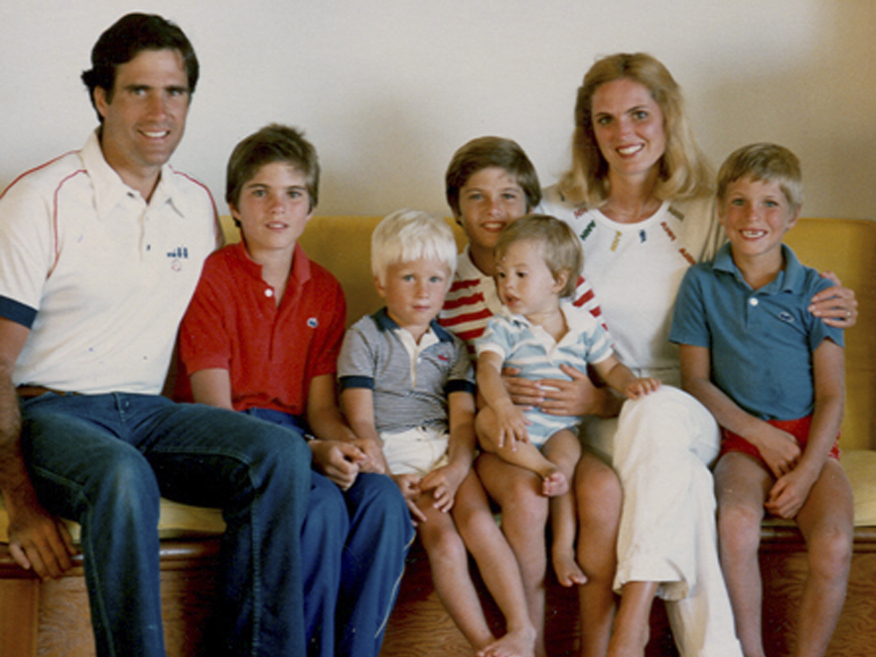 This 1982 family photo provided by the Romney campaign shows the Romney family during summer vacation: from left, Mitt, Tagg, Ben, Matt, Craig, Ann and Josh Romney. Seamus, unfortunately, is not pictured. His fateful voyage to Canada occurred the following summer.

Plenty of folks have their unshakable obsessions. Indiana Jones sought the Holy Grail. Captain Ahab pursued the Great White Whale. For New York Times columnist Gail Collins, it's her fixation on the voyages of an Irish Setter named Seamus.

"For some reason, the idea that you've got this guy who would drive all the way to Canada with an Irish setter sitting on the top of the car — it absolutely fascinated me," Collins said.

Listen to this story on Morning Edition

Why Mitt Romney's Dog Is Getting A Lot Of Press

By "this guy," Collins means Mitt Romney — as in the Republican presidential candidate — and the trip is a family vacation back in 1983 when Romney put the dog in a crate tied to the top of the family station wagon and drove off.

One of Romney's sons told the Boston Globe about the episode back in 2007 as a humorous illustration of his dad's penchant for planning. The stops during the drive were strictly scheduled even when the dog fouled the sides of the car. As a dog-lover, Collins says she finds Seamus' treatment objectionable. As a liberal columnist, she calls it a miracle.

"I don't know what it is about that factoid that interests me more than Ron Paul's theories about the Federal Reserve — or anything else about any of these other candidates," Collins said.

She has already cited the dog in just shy of three dozen columns. Why would she do that? Collins says such moments can reveal character — in this case, Romney's rigid emphasis on efficiency.

"When I started writing columns, I thought that my goal would be to get people more interested in politics and to try and do it in a way that did not cause them to want to throw themselves out the nearest window," Collins told me during an interview at her office in midtown Manhattan. "And Seamus works very well on that front."

Collins mentioned the dog so often that Dartmouth political science professor Brendan Nyhan started keeping a running tally. "She's trying to be funny — I get that. I appreciate a good campaign story as much as the next person," Nyhan said. "But I do think it's representative of the way that the media focuses on trivia, things that are so inconsequential. Mitt Romney is not running for dogcatcher — he's running for president of the United States."

Nyhan is a Democrat and blogger for the Columbia Journalism Review — and he says he's not a Romney supporter.

"The deeper problem here is the way that pundits want to put candidates on the couch and psychoanalyze them, so this is being used to illustrate some sort of deeper underlying flaw in Mitt Romney's personality," Nyhan said. "But Gail Collins is not a psychologist and I'm not sure how much this really tells us about whether he'd be a good president."

She usually has a line saying something like "the time Mitt Romney drove to Canada with a dog strapped to the roof of the car." But sometimes it's more distilled, as in the following online exchange with her conservative colleague David Brooks:

When the story was first published in the run-up to the 2008 presidential primaries, animal rights activists belonging to groups such as PETA, People for the Ethical Treatment of Animals, criticized Romney. It's not one of the campaign's favorite tales.

Back then, Romney said, "You know PETA has not been my fan over the years. PETA was after me for having a rodeo at the Olympics — and very very upset about that. PETA was after me when I went quail hunting in Georgia — and they're not happy that my dog likes fresh air."

It's worth noting that although Seamus is no longer alive, he survived that trip in 1983, and the Romneys maintained he eagerly clambered on top of the car in anticipation of rides.

This time around, a Romney campaign spokeswoman didn't reply to several requests for comment. I should point out that Collins has brought up Seamus six times in her blog postings too. When I talked to Collins last week, I asked her whether all that attention was fair to Romney.

"He did it!" she said, laughing. "Is it fair to Seamus, who got put on the roof of the car? I think it's pretty fair. Yeah, sure."

Collins says she and the tale of Seamus will be strapped together at least until the end of the primaries.