Accessibility links
Tweeting All The Way, Buddy Roemer Continues His Quixotic White House Bid : It's All Politics A former Democrat turned Republican, he supports both the Tea Party and the Occupy Movement. The former Louisiana governor isn't going anywhere in the polls, but he is enjoying the ride. 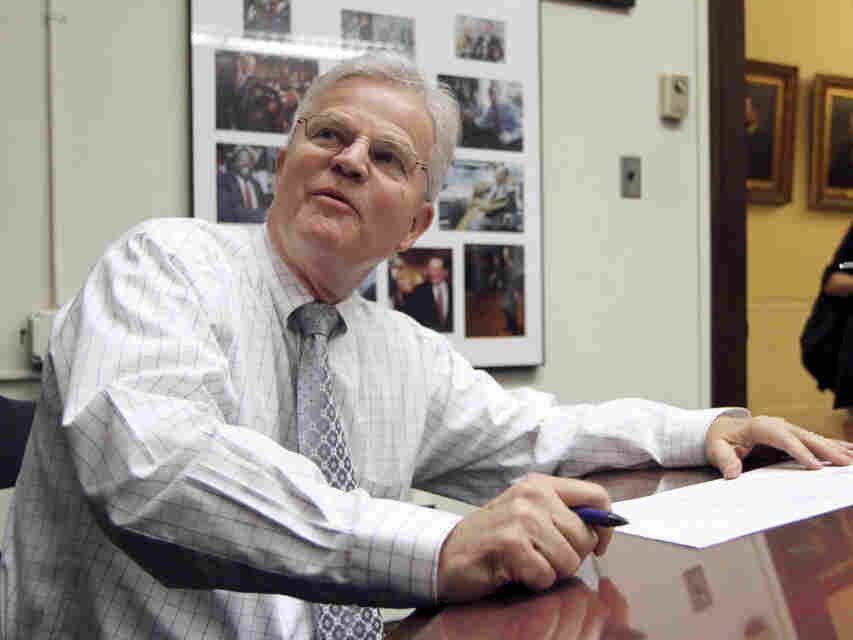 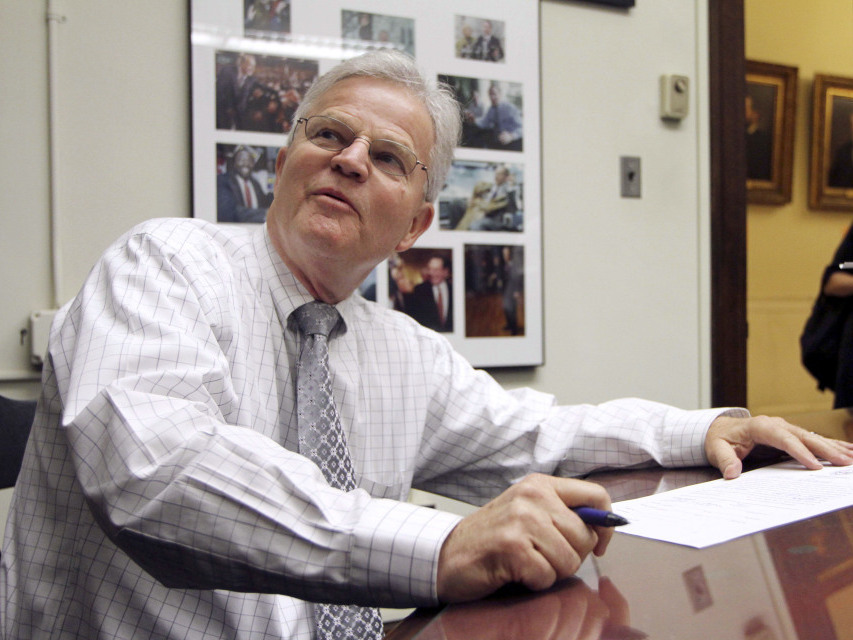 You may not have heard of Buddy Roemer. But he's running for president. And despite an impressive resume and gift for turning a phrase, Roemer barely registers in the polls. He's conducting his quixotic run for office without accepting campaign contributions that exceed $100.

Roemer's credentials sound plenty presidential. He's been governor of Louisiana. He served four terms in Congress. He was a high school valedictorian who holds degrees from Harvard and Harvard Business School. He also founded a bank.

But query New Hampshire voters — even the sort who attend presidential campaign events in the middle of a work day — and Buddy Roemer's marginal status comes across loud and clear.

"Buddy Roemer? You know, it's a familiar name but I forgot all about Buddy Roemer. I don't know a thing about him," says one man.

Ask Roemer himself, and he won't argue. He knows his campaign hasn't caught on, even after basically living in New Hampshire full time and keeping up a heavy schedule of retail politicking.

"I've seen no evidence that it's picking up steam. I mean, I'm honest about that. But the shock has been no debates, that's what I looked forward to," Roemer says.

He's convinced that if he'd been allowed to participate in even a few of the 16 televised debates and forums held so far things might be little different.

On this day Roemer's audience was eight people, and that included his own brother-in-law, and a guy running for president as a Democrat. Roemer was meeting with New Hampshire Tea Party leaders at the Concord office of a taxpayer group.

If the thin turnout disappointed Roemer, who last sought office 16 years ago, he didn't let on.

"We will clean up Washington. It will be hell and back. It will not be easy, but I can do it. I will work with Congress but I will lead and I will act and I will not allow a single bill to pass over my veto pen until they do campaign reform, and I'll know who will be with me, you will, because you know it's the key. It's the key," Roemer told the group.

Roemer says the political system is totally corrupted by money and he's made overhauling campaign finance laws the centerpiece of his run. Jane Aitken of the New Hampshire Tea Party coalition describes Roemer's message as 90 percent meat and no baloney.

"I think he's great. He's got the right idea. When the Tea Party started in 2007 it was against cronyism and corruption in government and money and so forth. I think he's right on the mark," Aitken says.

But Roemer's brand of politics also defies easy categories. He says he loves the Tea Party but also loves the Occupy Movement. And while he's a now a Republican, Roemer was a Democrat for most of his public career.

Roemer suggests a strong showing in the New Hampshire primary could push him toward the GOP mainstream, yet he's also seeking the nomination of Americans Elect, a group planning to run a third party candidate in November.

"In a party primary you have to have some sort of base in the party to build from, and he just doesn't have that," Scala says. "Whether he could build something like what Ralph Nader did in 2000 remains to be seen. But again he just doesn't come in with the name ID and the legitimacy that Ralph Nader brought."

But Roemer would tell you he shares affinities with a wider swath of voters, and he's surely a lot more fun. If one needs proof, just visit his Twitter account @buddyroemer.

It's not your average politician's Twitter feed. It features Roemer's musings on politics, popular culture, and the rest of the GOP presidential field, or as Roemer hashtags it, #clowncar.

"Now I don't necessarily do the fingertips, I got a couple of ladies that help me, but ... they're capturing my voice. We have a team," Roemer says.

When asked whether he's really the one dictating the often-irreverent tweets, Roemer doesn't hesitate. "Absolutely. I scream and holler at it. When I call Mitt Romney a stuffed, corporate shirt, that's me. When I call Newt Gingrich, been at the trough so long that he can't smell another pig, that's me."

Roemer returns to New Hampshire for more campaigning next Tuesday. On Christmas, he says, he'll take the day off from tweeting, too.